BBC Weather forecast Susan Powell said Europe is currently experiencing high temperatures in western Europe with wet thunderstorm weathers towards the east. She noted that as we move closer to the weekend these thunderstorms will strike west and central Europe as well. These thunderstorms in central and eastern Europe could be intense enough to cause flooding following the heatwave.

Ms Powell said: “For our European weather it is all about heat and thunderstorms.

“Sometimes, both heat and thunderstorms together.

“We have had some exceptional heat in the last 24 hours across Spain.

“Temperatures here will ease back a little but still be in the low 30s for Thursday. 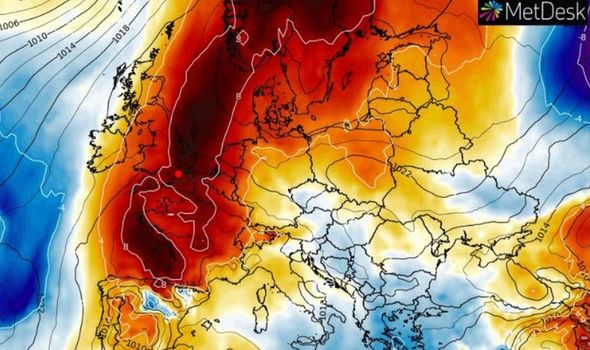 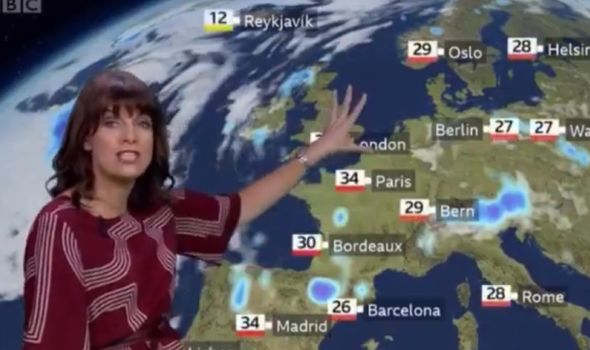 The BBC Weather forecaster explained this Spanish heat will push northwards into France and the UK over the next few days.

This hot weather will reach as far north as Scandinavia, possibly resulting in record-breaking temperatures for Finland.

She continued to explain the thunderstorms and downpours expected across Europe despite the hot weather.

Ms Powell said: “There will be thunderstorms breaking out as well. 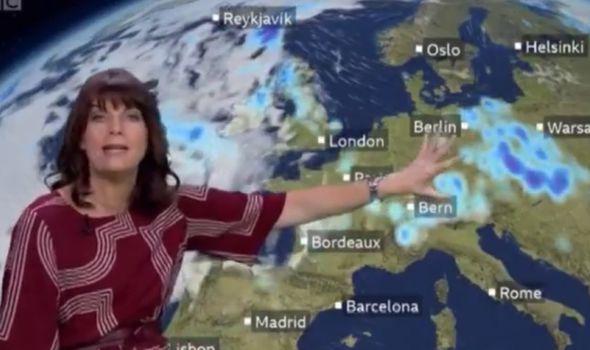 “There will be some heavy ones for France and parts of the UK on Friday.

“We are also anticipating some heavier thundery rain spreading out of Germany into Poland.”

Ms Powell explained in southern-eastern Europe the weather is more settled with average temperatures for the time of year. 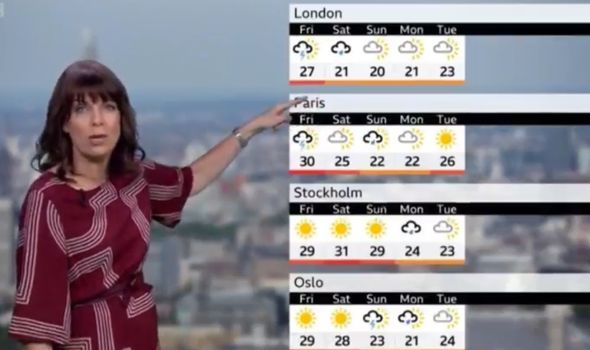 She said: “For the south-east, it is a good deal quieter.

“There is some sunshine around and there are some reasonable warm temperatures, around average for the time of year, in Greece and Turkey.

“It is looking much drier across the Balkans with a lot of fine weather ahead for Italy as well. “

“Some pretty lively showers as promised as we head further north-west, they will potentially be intense enough for some flooding rain in some areas.”