BBC Weather forecaster Chris Fawkes warned of intense thunderstorms and heavy rain in Europe. He noted that much of central and north Europe will see wet and unsettled weather. Despite this, there will be pockets of warmth in the southeast as these areas are not expected to be impacted by the weather front.

Mr Fawkes said: “The weather continues to be cool across a good part of northern Europe.

“There will be unsettled weather as well because we have got low pressure pushing this weather front across northwest Europe.

“That is going to be bringing rain and running ahead of it there will be thundery downpours pushing into eastern Europe.

“Some of those will be quite intense as we go through Monday night into Tuesday. 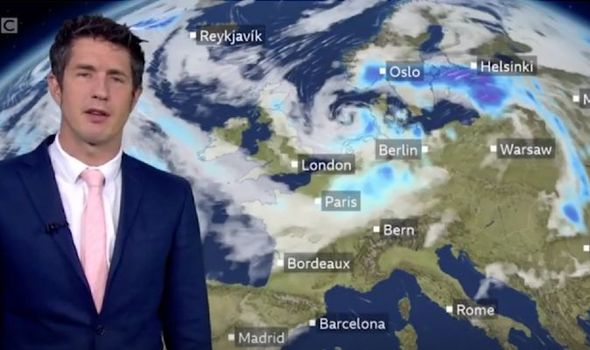 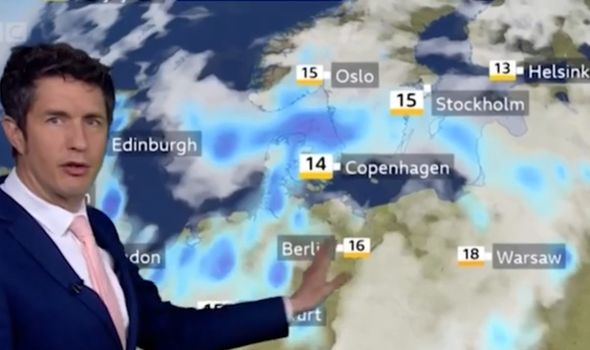 “There will be a lot of lightning and thunder mixed in.”

The BBC Weather forecaster noted that not all of Europe will be struck by heavy rain.

Mr Fawkes continued: “Heading into Tuesday’s forecast it is generally a showery theme across northern areas and it will continue to be cool for the time of year. 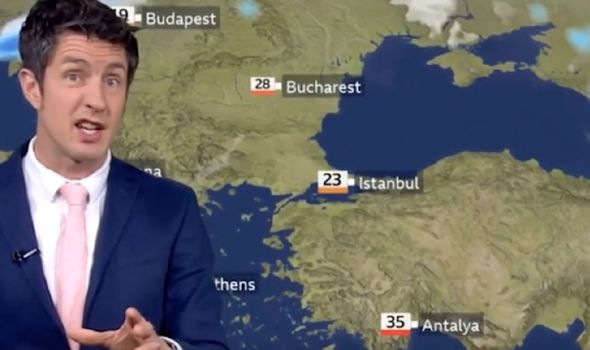 “But it is not cool for everywhere, like the southeast of Europe.

“Temperatures will be running a bit above average here as you can see 33C in Athens as the top temperature.

“There will be some warm sunshine in Bucharest, it will be 28C with sunshine here.

“In contrast, it will be only 16 degrees in Berlin.

“There will likely be some showers, with some of them big and thundery with more general rain to impact Denmark and the far south of Norway.” 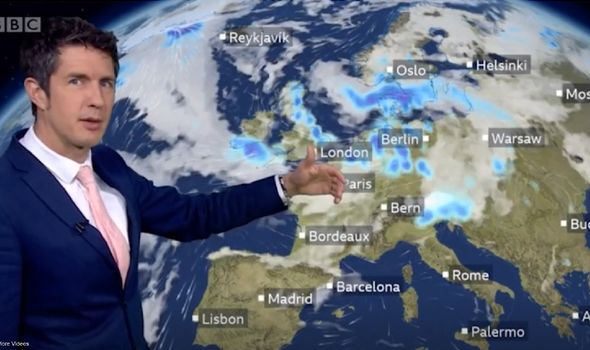 Europe is expecting to hold on to the band of rain however it is set to move further north and eastwards.

Elsewhere in Europe, temperatures are expected to be around the mid-teens with chances of showers.

“The showers will be pushing in widely across Europe.

“The temperatures will continue to be disappointing for the time of the year with 16 degrees or so in Paris.”