BBC Weather forecaster Tomasz Schafernaker said Europe will see temperatures just shy of 40C on both sides of the continent. The southeast of Europe will see hot temperatures as well as parts of western Europe. However, in between, there is an expectation for some thunderstorms as a weather front moves from Spain towards central Europe.

Mr Schafernaker said: “There is a lot of summertime heat across the Meditteranean, for many western and central parts of Europe.

“The heat has been sparking up some pretty big thunderstorms.

“Most recently in Spain and we will see that same pattern into southern parts of France and the Alpine region during the course of Wednesday.”

The BBC Weather forecaster explained that despite these outbreaks of thunderstorms, for much of the west temperatures will remain high. 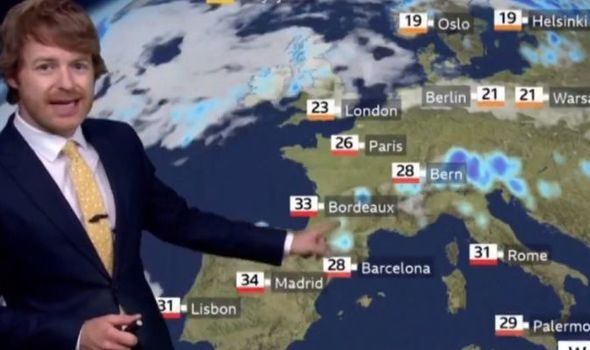 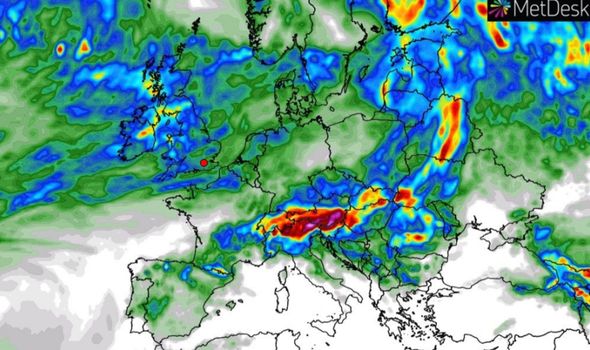 Spain and Portugal will see the hottest temperatures in western Europe and remain in the mid-30s.

Most of France will see temperatures just shy of 30C and experience the heaviest and wettest weather for Wednesday.

Mr Schafernaker said: “It will be around 33C in Bordeaux and around 26C in Paris so not desperately hot and fresher there in central parts of Europe.

“The weather is going to remain cool and cloudy with some showers at times across the British Isles. 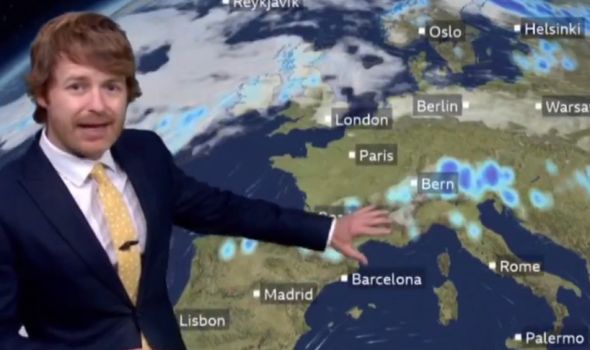 “You can see if you hop across the Channel it is much sunnier in northern France.

“But the UK will remain quite overcast.”

In southeastern Europe, the temperatures are expected to be some of the highest in the continent.

Temperatures could be as high as 39C in some areas with some small outbreaks of rain. 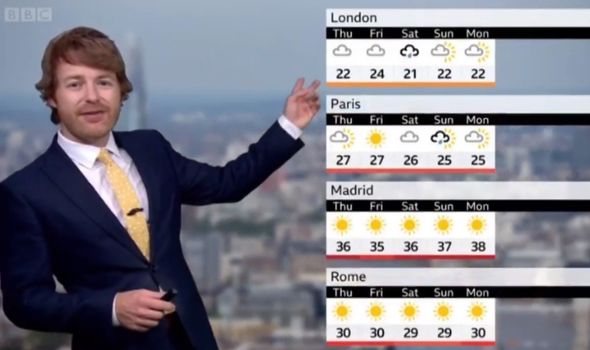 The BBC Weather forecaster continued: “In the southeastern parts of Europe there is plenty of heat.

“The south of the coast of Turkey up to 38C and as we move westward we can see Rome will see 30C.

“36C hot sunshine for Madrid but not quite so hot in Lisbon at 32C.

“That heat will spread into France and into Germany as well.