BBC Weather forecaster Chris Fawkes noted central Europe will likely see the worst of the thunderstorms. As the week goes on, this heavy rain will likely move further east. For west, north and central Europe, these countries will experience cooler days as Arctic wind moves across the continent.

Mr Fawkes said: “The weather remains cool across most of Europe and to understand why you just have to look at this pressure chart.

“We have got cool polar northwesterly winds extending in across Scandinavia, central and western Europe into the Mediterranean and even reaching north Africa.

“That is why the weather is cool for many of us, as well that, we have got cloud and some showers around.

“There will be heavy outbreaks of rain and thunderstorms with that rain across parts of Italy and the Balkans.” 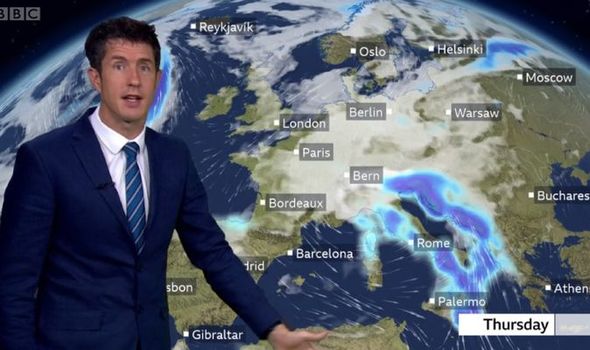 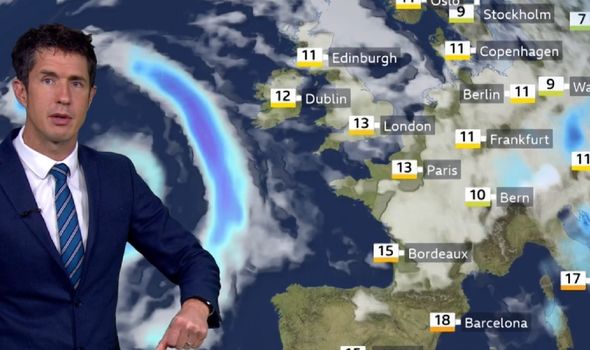 The BBC Weather forecaster explained the severity of the thunderstorms over the next few days and how the rain will move eastwards.

He said: “We could see around 50mm of rain and maybe 75mm in places.

“There will be some strong northwesterly winds affecting the western Mediterranean.

“That area of low pressure does migrate further eastwards so we are going to see showers move eastwards as well.

“But it should stay dry on Friday with some sunshine for Turkey and for Greece.” 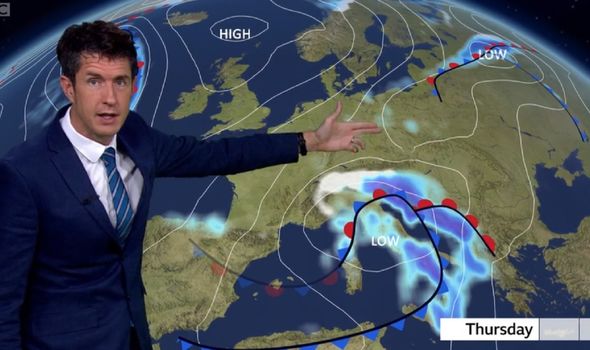 Mr Fawkes noted while Spain and parts of France will remain dry, they will be much cooler than recent weeks.

Much of central and western Europe can expect to see temperatures in the low to mid-teens.

The forecaster added: “There will be some fine weather around for Spain and Portugal but the air is relatively cool here. 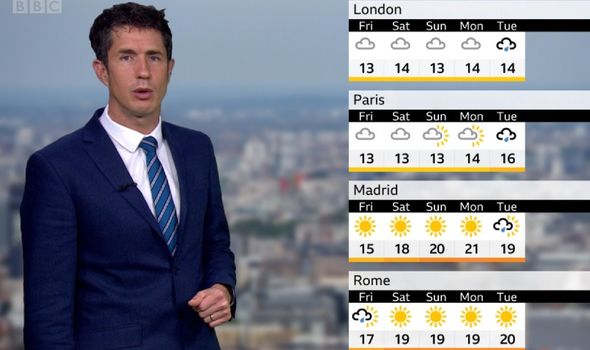 “Temperatures are just 15C in Madrid and a lot of cloud across France and it will be 13C in Paris.

“We could see some an odd passing shower across these north western regions of Europe alongside that cloud.”

London will see similar temperatures for the rest of the week and will not see emperatures warmer than 15C.

Towards the end of the Madrid will start to get warmer however and reach 20C.