Britain is set for warm, sunny weather this weekend, with temperatures higher than the Mediterranean. However, the latest BBC weather forecast also warned that chilly easterly winds could disrupt the mini-heatwave. The BBC metrologist Sarah Keith-Lucas told BBC Breakfast viewers that the temperatures “will be tempered by the brisk winds”.

Keith-Lucas said: “We have a warm and sunny today ahead for many of us today.

“But it will feel quite breezy, you will notice the strength of that breeze, especially in the south.

“There is a big area of high pressure which is in charge of our weather at the moment, that is sitting out towards the east.

“That is bringing us that easterly breeze, particularly across southern England and Wales.” 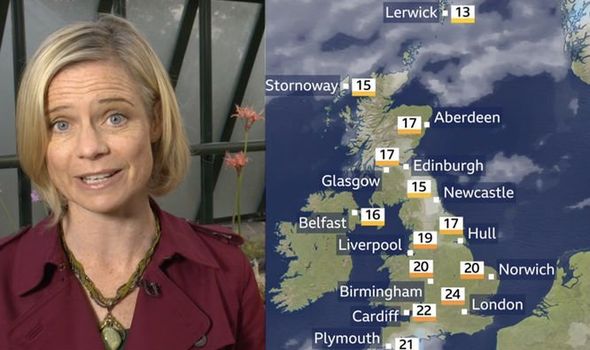 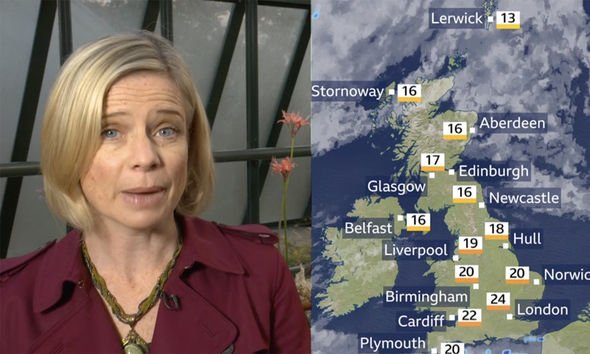 She predicted that the weekend will see temperatures between 16C to 24C across the country, with “long spells of sunshine for most of us”.

The meteorologist continued: “These temperatures will feel a little cooler than that particularly along the east coast while gusts could reach up to 35mph in the south-west.

“Saturday will bring us another fine, dry day with sunshine, with again temperatures tempered by that brisk easterly wind.

“Later in the day there could be one or two heavy downpours perhaps into Devon and Cornwall that will later push along the east coast.” 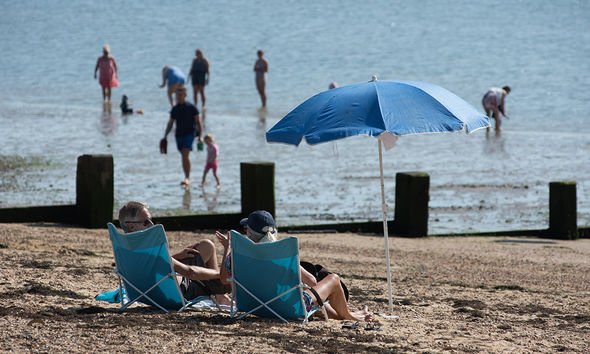 Keith-Lucas added that Sunday will see similar temperatures to Saturday, but with “a few lingering showers across the far-south of England”.

The weather maps show a mammoth 200-mile heatwave coming in from the Netherlands which will send temperatures soaring on Saturday.

Brian Gaze, The Weather Outlook forecaster, said: “Warm air will move into Britain from the region around Holland, with warm conditions and highs into the mid-20s.” 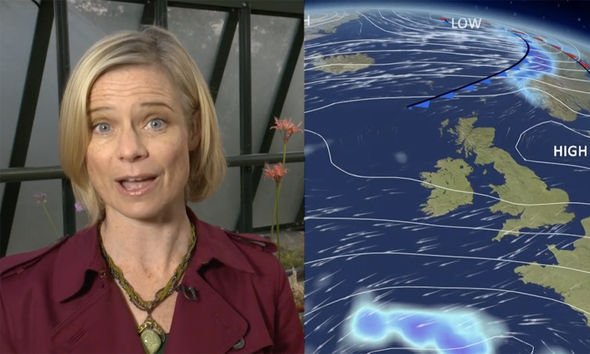 Britons are largely expected to flock to UK coasts for the last summer weather before autumn takes its toll.

The Met Office has forecast 25C temperatures on Monday before the weather starts to cool off next week.

The average temperature in the UK for mid-September is typically around 20C in the south and 17C in the north, but this month is poised to be a record.

The Met Office forecast has predicted that the temperatures this weekend could rise 7C above average for this time of the year.