A devastating explosion rocked Lebanon’s capital of Beirut on Tuesday, causing the death of at least 100 people and widespread damage across the city.

Video shared on social media captured both the huge flare-up and the blast wave rippling through the port area of Beirut and neighbouring areas.

Footage shared by BBC staff showed one of their reporters conducting a virtual interview when the explosion happened and the blast wave violently knocked her off her feet.

The woman can be seen suddenly standing up after a bang is heard in the background before a shower of glass hits her as the windows explode because of the shock wave.

Her screen is seen going dark because of what appear to be debris, with the interviewee turning his screen to show a nearby colleague the aftermath of the blast.

An alarm can be heard going off on the side of the BBC reporter and she can then be seen crawling underneath a desk as she recovers her laptop. 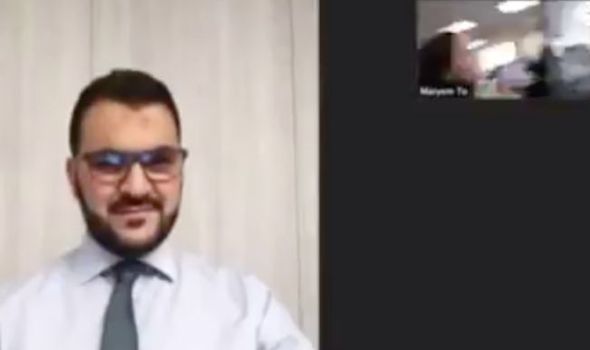