MINSK/MOSCOW (Reuters) – Two leading members of a newly formed opposition council in Belarus were questioned on Friday in a criminal case over what President Alexander Lukashenko describes as an attempt to seize power, while demonstrations against his 26 year rule continued. 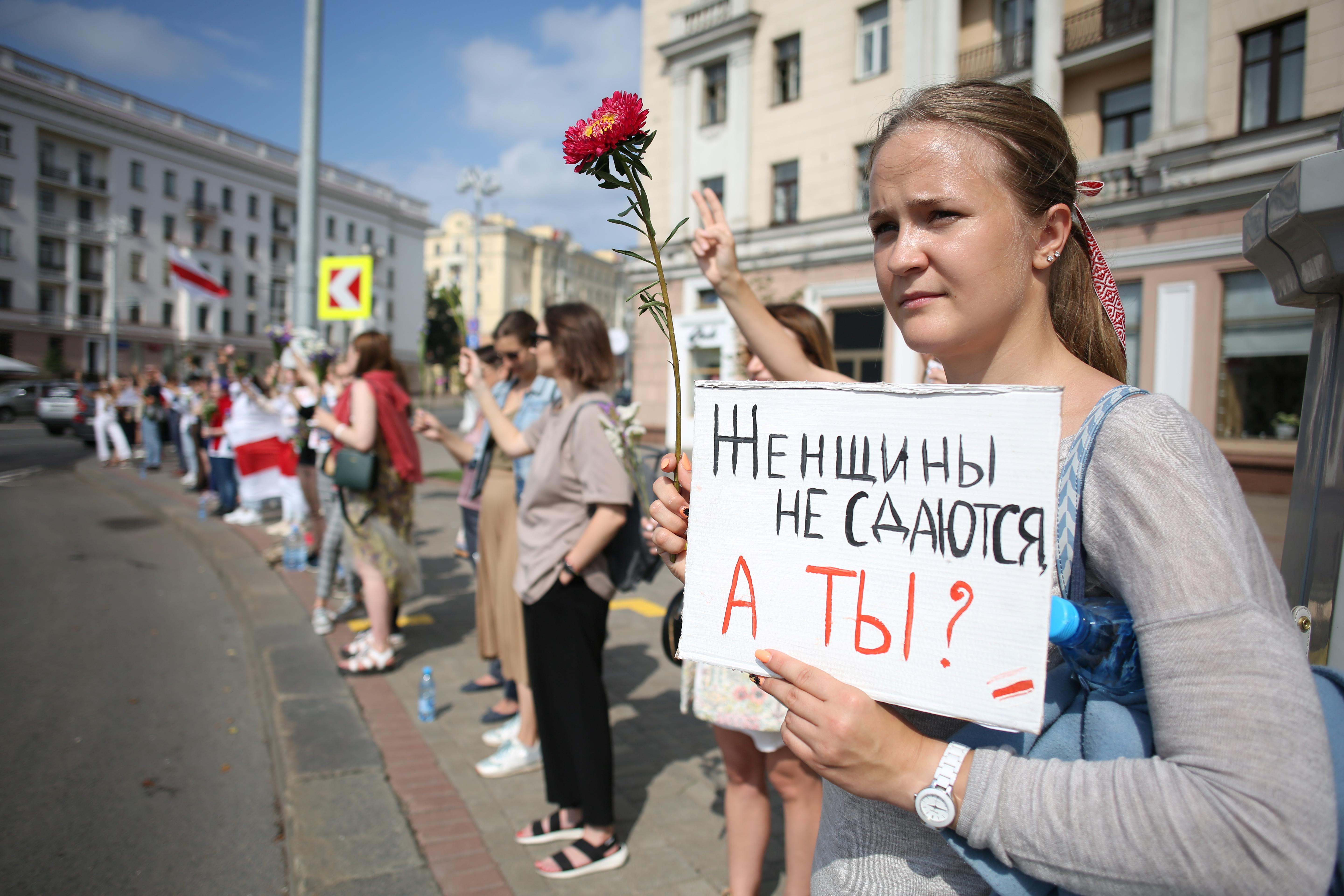 More public figures, including an Olympic athlete, came out in opposition to Lukashenko, whose political challengers say he rigged an Aug. 9 election.

The weakening of his grip poses a challenge both for the Kremlin, determined to keep its sway over its most loyal neighbour, and the West, which is sympathetic to a nascent pro-democracy movement but wary of provoking Russian intervention.

Two sources close to the Kremlin told Reuters that Russian President Vladimir Putin believes Lukashenko will probably cling to power for now, and is content to let him sweat it out.

Lukashenko, who has repeatedly vowed to crush the unrest, insisted the crisis would be over soon.

“This is my problem, which I should resolve, and we are resolving it,” he told workers at a state food factory named after the founder of the Soviet KGB. “And believe me, in the coming days it will be resolved.”

Dozens of supporters accompanied two leading members of the opposition Coordinating Council, Maksim Znak and Sarhey Dyleuski, as they arrived for questioning at the headquarters of the Investigative Committee in a criminal case accusing the council of trying to seize power.

Znak, a lawyer, said on entering that he feared he might be arrested. But when he emerged later, he said he had “productive discussions” and would get back to work.

The council was launched this week with the self-described aim of negotiating a transfer of power. It includes an array of public figures including a Nobel Prize-winning author and the ousted head of the country’s main drama theatre.

The latest local hero to desert Lukashenko was Vadim Devyatovsky, an Olympic silver medallist previously prominent as a supporter, who wrote on Facebook that Lukashenko was “not my president”.

A police crackdown does not seem to have intimidated the protesters and opposition has spread to include strikes at state factories long seen as bastions of support for Lukashenko.

Demonstrations in Minsk have attracted tens of thousands of people. In recent days they have been smaller, but there has so far been no sign of a decisive police operation to put them down, which Lukashenko said he had ordered on Wednesday. Much bigger rallies are expected over the weekend.

Lukashenko’s main opponent, Sviatlana Tsikhanouskaya, has fled to neighbouring Lithuania, where she has released a steady stream of video messages calling on her followers to rise up peacefully. On Friday she called for more workers to go on strike to protest against the election result.

At her first public news conference since going into exile, the 37-year-old political novice said she would return to Belarus when she felt it was safe. She also noted that Moscow had not made contact.

Belarus has by far the closest political, economic and cultural ties to Moscow of any former Soviet state, meaning Lukashenko’s immediate fate is probably in the hands of the Kremlin.

The borders between Belarus and NATO are seen as absolutely vital for Russia’s defence strategy, and the prospect of Moscow allowing a pro-Western government to emerge there inconceivable. But Lukashenko is seen in Moscow as erratic and truculent, and has long had a difficult personal relationship with Putin.

The two sources close to the Kremlin said Moscow was perfectly content to see him face difficulties.

“They’ll be happy to wait a while and watch him struggle a bit. They don’t like him much, but they still back him,” said one of the sources, who regularly speaks to senior government and Kremlin officials.

The second source said: “Lukashenko will be critically weakened. You’ll be able to make mincemeat out of him. Our guys will definitely use this.”

The European Union, which has rejected Lukashenko’s re-election, called for the case against the opposition council to be dropped. But European officials are keen to avert a repeat of unrest six years ago in neighbouring Ukraine, when a pro-Russian leader was toppled in an uprising and Moscow intervened militarily, precipitating Europe’s deadliest ongoing conflict. 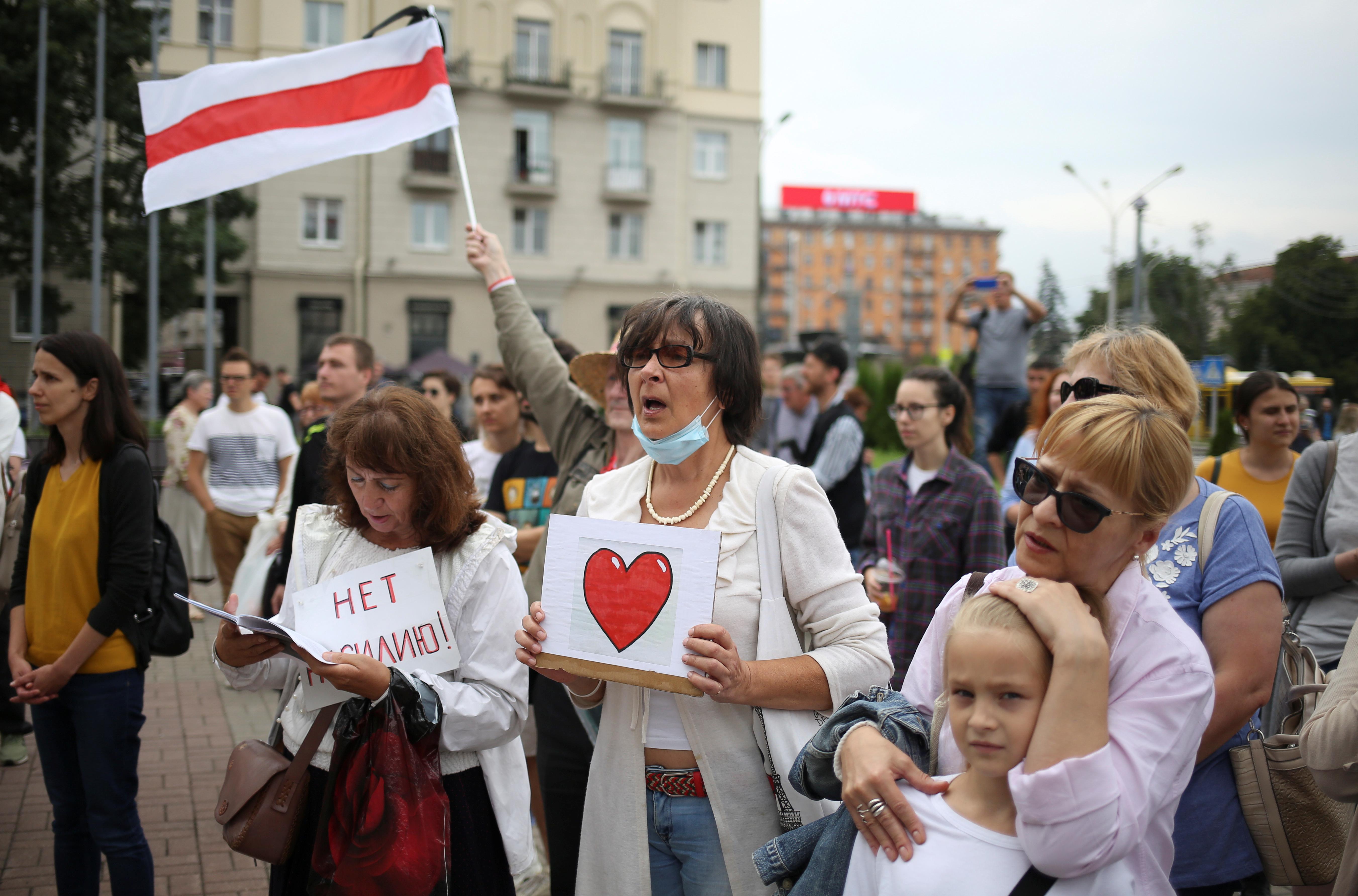 That has meant a cautious approach, including tacitly reassuring Moscow that the West is not trying to pry Belarus from Russia’s orbit.

“Belarus is not Ukraine: the people there are not seeking closer ties with the EU,” a senior EU official told Reuters.

The EU was trying to encourage Belarusian authorities to negotiate with the opposition, “without tilting the geo-political balance for Belarus between the EU and Russia”.