WASHINGTON — President Joseph R. Biden Jr. on Wednesday recommitted the United States to the Paris climate agreement, the international accord designed to avert catastrophic global warming, and ordered federal agencies to start reviewing and reinstating more than 100 environmental regulations that were weakened or rolled back by former President Donald J. Trump.

The moves represent a first step in healing one of the deepest rifts between the United States and the rest of the world after Mr. Trump defiantly rejected the Paris pact and seemed to relish his administration’s push to weaken or undo major domestic climate policies.

Mr. Biden has elevated tackling the climate crisis among his highest priorities. In addition to curbing global warming, he has vowed that ending the coronavirus pandemic, restoring the economy and addressing racial injustice will be the central causes of his administration.

“We’re going to combat climate change in a way we have not before,” Mr. Biden said in the Oval Office on Wednesday evening, just before signing the executive orders. Even so, he cautioned: “They are just executive actions. They are important but we’re going to need legislation for a lot of the things we’re going to do.”

Foreign leaders hailed Mr. Biden’s first moves as a powerful signal that the United States, the largest contributor to global warming in history, intends to restart its efforts to lower pollution levels and to restore the international order upended by Mr. Trump. “Welcome back to the Paris Agreement!” Emmanuel Macron, the president of France, said in a Twitter message.

Under the Paris Agreement, nearly 200 nations have vowed to reduce planet warming emissions to avert the most disastrous consequences of climate change. A letter to the United Nations signed by Mr. Biden on Wednesday formally starts the 30-day process of bringing the United States back into the accord.

But analysts cautioned that Mr. Biden’s actions on day one must be quickly followed by a series of aggressive domestic climate policies to drastically lower the country’s emissions of planet-warming pollution from tailpipes, smokestacks and oil and gas wells.

Also on Wednesday, Mr. Biden rescinded the construction permit for the Keystone XL oil pipeline, which would have transported carbon-heavy oil from the Canadian oil sands to the Gulf Coast. Earlier in the day, TC Energy, a Canadian company, said that it was suspending work on the line.

But the lengthy legal process of undoing most of Mr. Trump’s environmental rollbacks and replacing them with new regulations could take many years and is likely to be strewn with political land mines if Republicans or business groups fight against them. 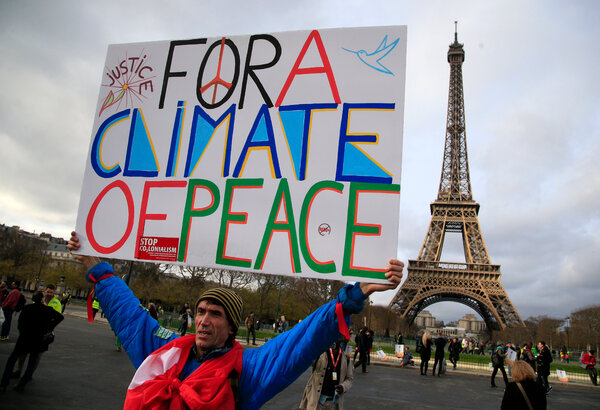 Even before Mr. Biden was inaugurated on Wednesday, some Republicans lashed out against his new policy direction.

“President-elect Biden’s policies from day one hurt American workers and our economy,” Senator Shelley Moore Capito of West Virginia said in a statement.

In another early indication of the headwinds Mr. Biden could face in Congress, Senator Steve Daines, a Montana Republican, said he intended to introduce a resolution requiring the president to seek the advice and consent of the Senate for the Paris Agreement, and a separate bill that would congressionally authorize the Keystone pipeline over Mr. Biden’s objections.

The nation’s largest business lobby, the United States Chamber of Commerce, which opposed much of former President Barack Obama’s environmental agenda, signaled its support for rejoining the Paris accord, but also its opposition to killing the Keystone project.

“It is critical that the United States restore its leadership role in international efforts to address the climate challenge,” said Marty Durbin, president of the Chamber’s Global Energy Institute. But he said of the Keystone project, “It will harm consumers and put thousands of Americans in the building trades out of work.”

Mr. Biden has set an ambitious target for the United States to eliminate carbon dioxide emissions from the electric power sector by 2035 and from the entire economy by 2050. However, it is far from certain that the United States could reach those goals absent new legislation from Congress — a difficult prospect, given the Democrats’ razor-thin one-vote majority in the Senate.

Scientists said that means Mr. Biden will need to enact tougher regulations than those that were put in place by Mr. Obama and rolled back by Mr. Trump.

“There’s still a very big chore to be done,” said Michael Oppenheimer, a professor of geosciences and international affairs at Princeton University. He noted that United Nations climate science reports have called for net zero global emissions by 2050.

Mr. Biden on Wednesday directed federal agencies to review all the Trump administration decisions over the past four years “that were harmful to public health, damaging to the environment, unsupported by the best available science, or otherwise not in the national interest.”

That includes reinstating regulations, unwound by Mr. Trump, that restrict greenhouse emissions from automobile tailpipes and methane leaks from oil and gas wells, as well as replacing energy efficiency standards for appliances and buildings.

Dr. Oppenheimer noted that reversing and replacing those measures will take time. “We’ve just lost four years,” he said. And the new rules “need to be stronger than the previous rules, or else the time lost by the Trump administration will not be regained,” Dr. Oppenheimer said.

The urgency is both political and existential. Numerous scientific reports have concluded that the first, irreversible effects of climate change have already started to sweep across the globe, including rising sea levels, record wildfires and more devastating storms. This month, scientists announced that 2020 was tied with 2016 for the hottest year on record.

In November, representatives from the nations participating in the Paris Agreement are to meet at a United Nations summit in Glasgow to announce tough new targets for reducing their domestic emissions. The targets are intended to be more ambitious than those first inscribed in the 2015 Paris deal.

Mr. Obama had pledged that the United States would cut its planet-warming emissions across the economy by about 28 percent from 2005 levels by 2025.

The United States is now only about halfway toward meeting Mr. Obama’s goal, but the Biden administration will be under intense and nearly immediate pressure to ramp up the target.

When it does, possibly as early as June, the administration will most likely not be leading the world but playing catch-up. Britain and the European Union have set out new carbon-cutting goals, and China has announced that it will aim to hit net-zero emissions by 2060.

Climate policy experts said they were confident that Mr. Biden — through a combination of new regulations, increased spending on renewable energy, and supporting state efforts to move away from coal-powered generation — could meet and surpass the country’s initial Paris target.

Most have suggested the Biden administration could settle on a new target somewhere between 40 percent and 50 percent below 2005 levels by 2030.

Other major economies will be keeping a close eye on the Biden administration to see what specific policy steps the new president plots out before the Glasgow meeting.

“China has laid out its concrete goal but not the concrete steps to meet it,” said Byford Tsang, an analyst who focuses on China’s climate policy at E3G, a research organization based in London. “So, if Biden lays out a goal and takes concrete steps, it could put pressure on China.”

The Obama administration, which came to its goal in relative secrecy, incorrectly assured foreign diplomats in 2015 that a subsequent administration could not dismantle the regulatory policies to cut climate pollution upon which that target was dependent.

Now, negotiators have said they have a “fool me once, shame on you; fool me twice, shame on me” attitude about the United States and will insist the Biden administration prove it can do what it claims.

“They say confidence comes by foot and leaves by horse,” said Jules Kortenhorst, chief executive of the Rocky Mountain Institute, a research organization focused on transforming the global energy economy. “The world has missed the U.S. in this incredibly important setting over the past for years. Rebuilding confidence will come by foot for Biden the same way confidence in the U.S. under Trump left by horse.” 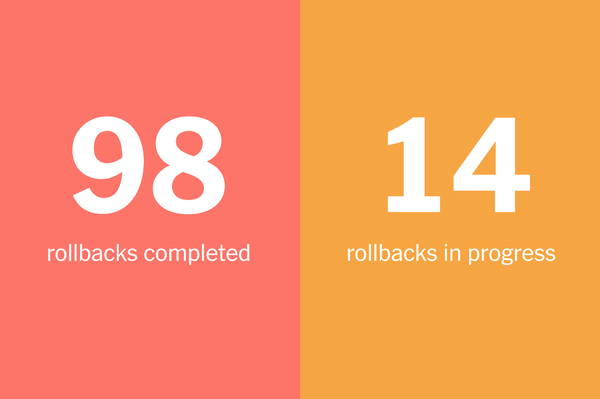 The Trump Administration Rolled Back More Than 100 Environmental Rules. Here’s the Full List.

The Trump administration has dismantled nearly 100 policies focused on clean air, water, wildlife and toxic chemicals, and left more than a dozen rollbacks unfinished. Here’s how they add up.