Biden vows to double aid on climate change, one of the key issues facing leaders. 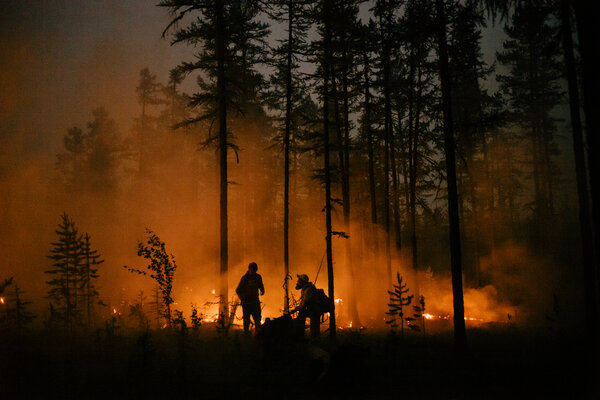 By Somini Sengupta and Rick Gladstone

President Biden said on Tuesday that his administration would seek to double aid aimed at helping developing nations address climate change, raising a pledge he made in April to about $11.4 billion a year by 2024.

The pledge is considered critical to the success of United Nations-led climate talks that are scheduled to take place in November in Glasgow, though whether and when the money will materialize depends on congressional approval.

Climate change is perhaps the most important subject at this year’s General Assembly meeting, with new scientific evidence showing a losing battle in what the United Nations secretary general, António Guterres, has called an existential struggle.

Many developing countries have repeatedly pointed out that rich countries have not delivered the $100 billion a year in aid that they promised under the landmark 2015 Paris climate accord. A tally by the Organization for Economic Cooperation and Development found a nearly $20 billion shortfall.

Earlier in the year, Mr. Biden had pledged $5.7 billion, money that also requires approval from Congress.