LONDON (Reuters) – British Prime Minister Boris Johnson was admitted to hospital for tests on Sunday after suffering persistent coronavirus symptoms 10 days after testing positive for the virus, though Downing Street said he remained in charge of the government.

Johnson, who was isolating in Downing Street after testing positive last month, still had a high temperature and so his doctors felt he should go to hospital for tests in what the government said was a “precautionary step”.

“On the advice of his doctor, the prime minister has tonight been admitted to hospital for tests,” his Downing Street office said in a statement. Johnson is expected to stay overnight.

“This is a precautionary step, as the prime minister continues to have persistent symptoms of coronavirus ten days after testing positive for the virus,” the statement added.

News of his hospitalisation came only after an hour after Queen Elizabeth delivered a rallying call to the British public saying they would overcome the coronavirus outbreak if they stayed resolute.

Johnson, 55, on March 27 became the first leader of a major power to announce that he had tested positive. He went into isolation at an apartment in Downing Street and said on Friday he was staying there as he still had a high temperature.

Downing Street underscored that this was not an emergency admission and that Johnson remains in charge of the government. Foreign Secretary Dominic Raab will chair the government’s emergency COVID-19 meeting on Monday, a source said.

With only an unwieldy collection of sometimes ancient and contradictory precedents to go by, there is no simple, formally-enshrined “Plan B” or succession scenario if the prime minister is incapacitated.

Queen Elizabeth has been informed of Johnson’s admission to hospital, Buckingham Palace said. It made no further comment.

CORONAVIRUS IN THE UK

Johnson, the face of the 2016 Brexit campaign, won a resounding election victory in December before leading the United Kingdom out of the European Union on Jan. 31.

But he has faced criticism in the United Kingdom for initially approving a much more modest response to the novel coronavirus outbreak than other major European leaders.

He then changed tack when scientific projections showed a quarter of a million people could die in the United Kingdom.

Johnson effectively shuttered the world’s fifth-largest economy, advising people to stay at home and the elderly or infirm to isolate themselves for weeks.

But the virus penetrated the British government.

From an apartment above Number 11 Downing Street, and with food brought to his door, Johnson continued to lead the government’s response and chaired meetings via video conference.

“Although I’m feeling better and I’ve done my seven days of isolation, alas I still have one of the symptoms, a minor symptom, I still have a temperature,” a weary-looking Johnson, sitting in a chair with his shirt open at the neck, said in a Twitter video message on Friday.

He was taken to an unidentified hospital on Sunday evening.

Downing Street refused to say what tests Johnson was to have in hospital.

Experts said the most likely tests for a person of the prime minister’s age with COVID-19 symptoms after 10 days would be to assess oxygen levels and an electrocardiogram check of his heart.

“They will also check blood tests to see what the immune response to the virus looks like, and to assess liver and kidney function.”

Other tests could include a CT scan of the chest to get an accurate picture of the lungs. 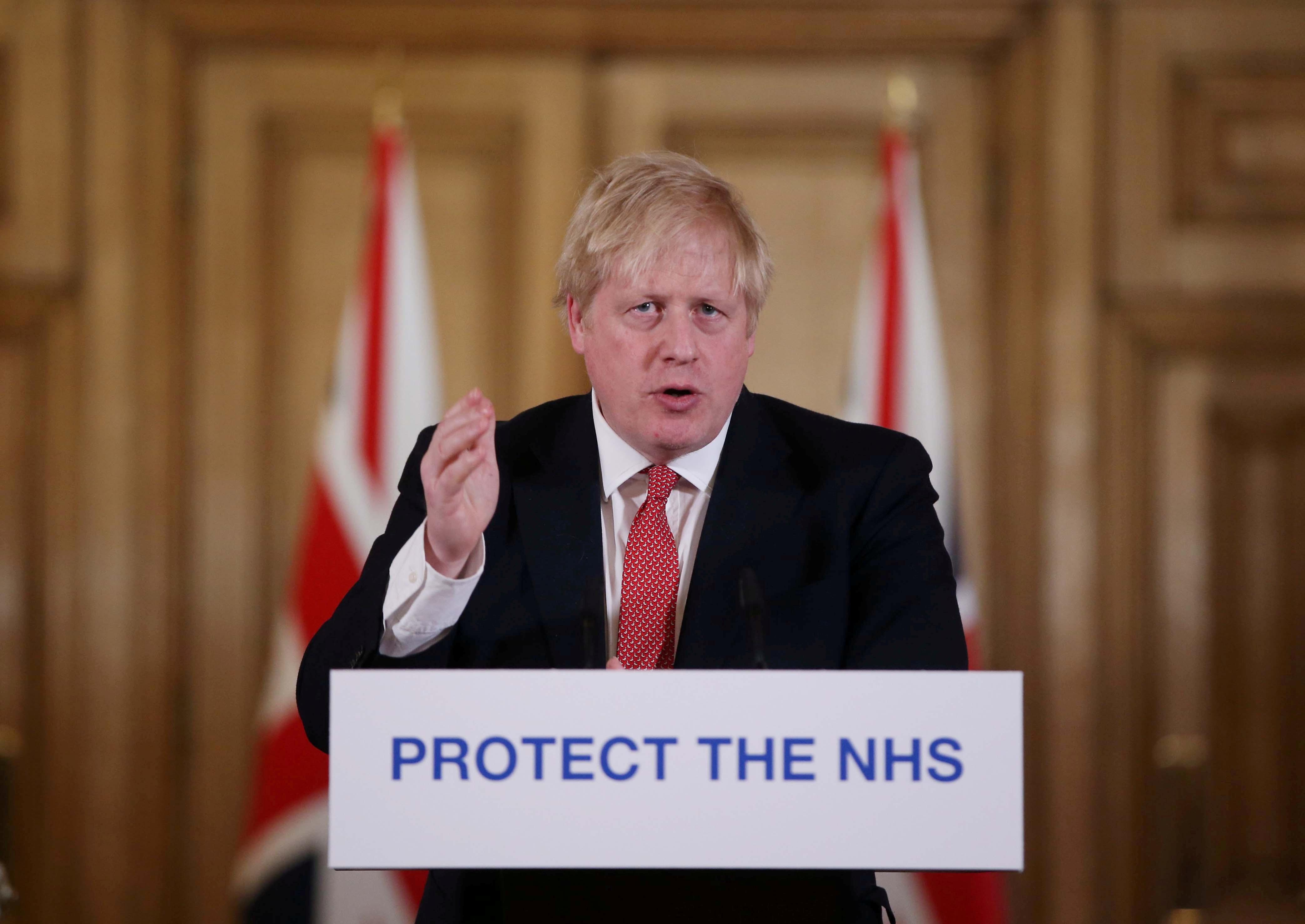 “The prime minister thanks NHS staff for all of their incredible hard work and urges the public to continue to follow the government’s advice to stay at home, protect the NHS and save lives,” Downing Street said.