BRASILIA (Reuters) – At a tense cabinet meeting on Saturday in the Brazilian president’s official residence, Jair Bolsonaro found himself isolated. 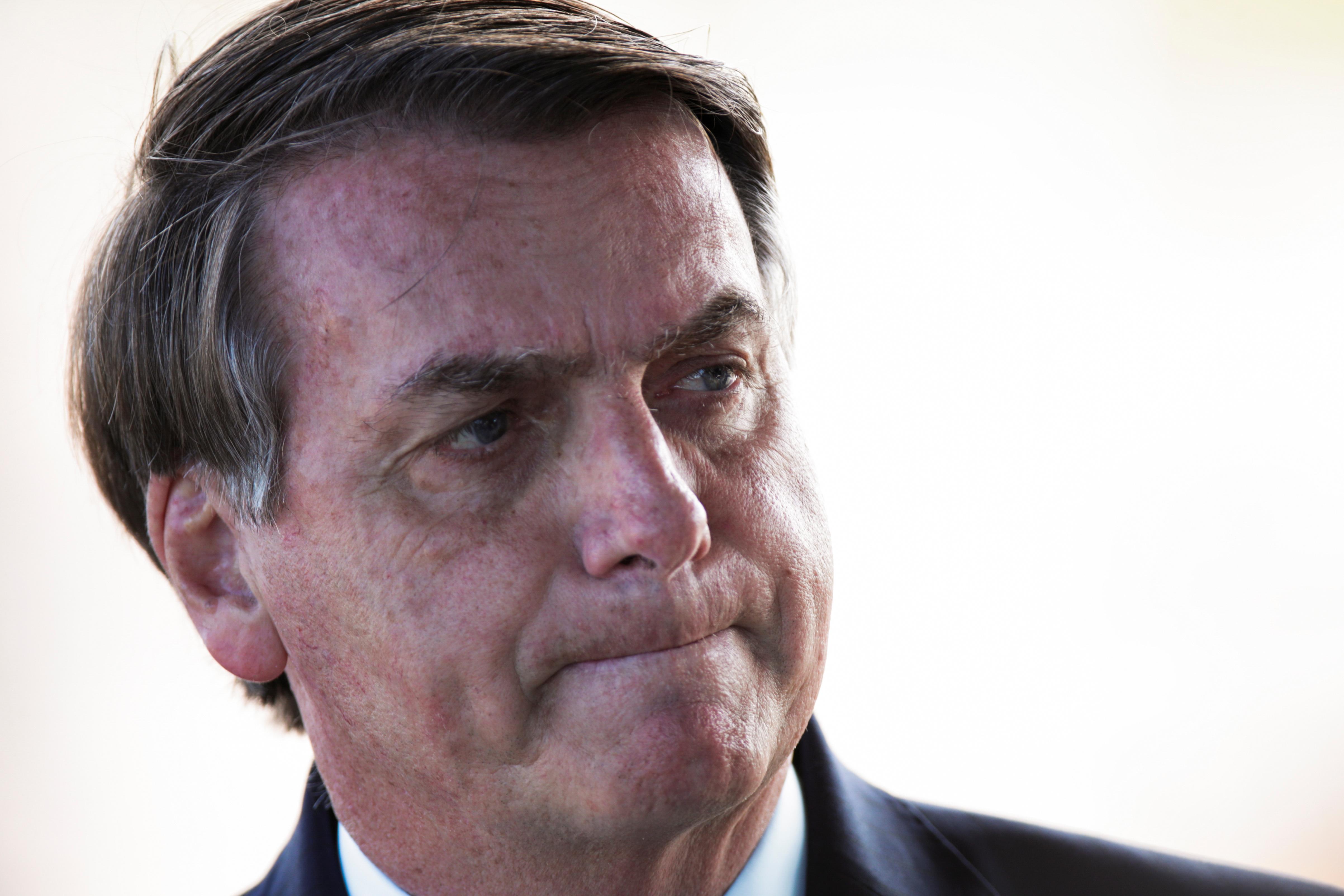 But, with Mandetta unwilling to back down, Bolsonaro’s closest aides refused to support his plan to relax coronavirus rules to keep the economy going, according to two sources with knowledge of the meeting.

Elected two years ago on a promise to revive growth, Bolsonaro has shocked health experts around the world by persistently playing down the gravity of the epidemic, calling COVID-19 “a little cold” exaggerated by the media and his opponents – even after his political idol U.S. President Donald Trump walked back his own skepticism about the outbreak.

The sources said senior ministers, including high-profile Justice Minister Sergio Moro, sided with Mandetta on the imperative to reinforce social distancing and put the public health crisis before concerns over paralyzing the economy.

Even top military officers in the government – who until now have neither publicly criticized nor defended Bolsonaro – sprang to Mandetta’s defense.

In a thinly veiled rebuke to Bolsonaro, Presidential Chief of Staff Walter Braga, an active duty Army general, said Mandetta’s departure from the cabinet was out of the question.

“It was a very harsh meeting,” one government official briefed on the talks told Reuters. “Mandetta is skating on thin ice, but there are some things he is not open to changing.”

The tensions illustrate the extent to which Bolsonaro’s efforts to keep Latin America’s largest economy running as normal have split his cabinet, emboldened his opponents and alienated even his staunchest allies in Congress.

Some politicians have proposed impeachment proceedings against Bolsonaro for endangering public health, but even if they might have the votes to put the president on trial, leaders in Congress appear unwilling to deepen Brazil’s crisis amid the pandemic, sources say.

The Health Ministry said on Wednesday that the number of confirmed coronavirus cases in Brazil had doubled in five days to 6,836, with the death toll almost tripling to 240.

In the face of the climbing figures, Bolsonaro’s appeals to ‘Keep Brazil going’ on social media (#BrasilNaoPodeParar) have stirred outrage in Congress.

On Monday, the government’s own chief whip Senator Fernando Bezerra led a motion in the Senate urging Brazilians to adhere to social distancing rules set out by Mandetta based on World Health Organization guidelines.

“This is extremely counterproductive, because he is making it appear to Brazilian society like a political party issue.”

For Jimena Blanco, head of Americas Risk Insights at Verisk Maplecroft consultancy, mounting calls for impeachment as the epidemic worsens raise the danger of a cabinet breakdown this month and the collapse of the government’s reform agenda.

“Fear of an increased militarization of the government, however, could act as a strong counterweight to any move by his opponents to have him removed, as it could lead to an even more hard-line right-wing administration,” Blanco said.

FEAR OF A DEPRESSION

Even before coronavirus struck, Brazil’s $1.8 trillion economy was unlikely to eke out more than anemic growth this year. And with 40% of Brazil’s workforce in the informal sector, prolonged quarantines would dramatically raise poverty levels – including among Bolsonaro’s supporters.

To cushion the economy from the epidemic, the government is planning a 200 billion reais ($38 billion) package to safeguard jobs and help companies pay wages.

Analysts say Bolsonaro’s focus on the economy is driven by fear that a depression could leave millions of Brazilians unemployed and scuttle his 2022 re-election plans.

“He knows that a stalled economy will be blamed on him, and if there is social unrest and looting too,” said Lucas de Aragao, partner at Brasilia consultancy Arko Advice.

Yet, the strategy is a major political gamble.

For the past two weeks, Brazilians across the country have beaten pots and pans nightly against his stance in a traditional Latin American style of protest.

Just 35% of Brazilians called Bolsonaro’s handling of the health crisis “good” or “great,” according to a Datafolha poll last week, compared to 55% support for Mandetta’s performance, in line with approval of state governors, who have taken decisive measures.

Espirito Santo state governor Renato Casagrande, of the opposition Brazilian Socialist Party, said Bolsonaro’s statements were hindering his efforts to get Brazilians to stay safely at home: “He needs to get his act together or his political isolation will endanger his presidency.”

Joao Doria, the centre-right governor of Sao Paulo, Brazil’s most populous state and the worst affected by coronavirus, has emerged as a likely presidential rival by upbraiding Bolsonaro publicly for dividing Brazilians instead of leading a nation in crisis.

Even within Brazil’s powerful pro-gun caucus, whose members were among the loudest supporters of Bolsonaro’s law-and-order campaign in 2018, there is opposition to his position.

“He does have a valid concern over unemployment, which economists say could double to 20 million out of work,” said Capitao Augusto, a former military policeman turned congressman. “But right now social distancing is needed in Brazil and the whole world.”

Opposition parties are accusing the president of criminal action by flaunting public health recommendations and appearing in public to shake hands with supporters, setting a dangerous example.

The Supreme Court has upheld the right of governors to decide on restrictions in their states to fight coronavirus over and above the president’s authority.

One justice on the top court asked Brazil’s top prosecutor to investigate Bolsonaro’s behavior during the epidemic, following accusations he put the population at greater risk of getting COVID-19.

Wealthy businessman Joao Amoedo, who founded the libertarian Novo party that backed Bolsonaro’s election, expressed the frustration of Brazil’s political class at the president’s misreading of the crisis.

“He has to come up with a plan, recognize the gravity of the situation, show balance and common sense. Or else resign,” Amoedo said on Twitter.