According to most opinion polls, the far-right leader is trailing behind former leftist President Luiz Inacio Lula da Silva in the race for the presidency.

“I have three alternatives for my future: being arrested, killed or victory,” he told evangelical leaders.

Mr Bolsonaro, 66, later added that the first option is out of question.

“No man on Earth will threaten me,” he said.

The former military officer was nearly killed after being stabbed in the abdomen during the 2018 presidential campaign – an injury that caused intestinal damage and serious internal bleeding. 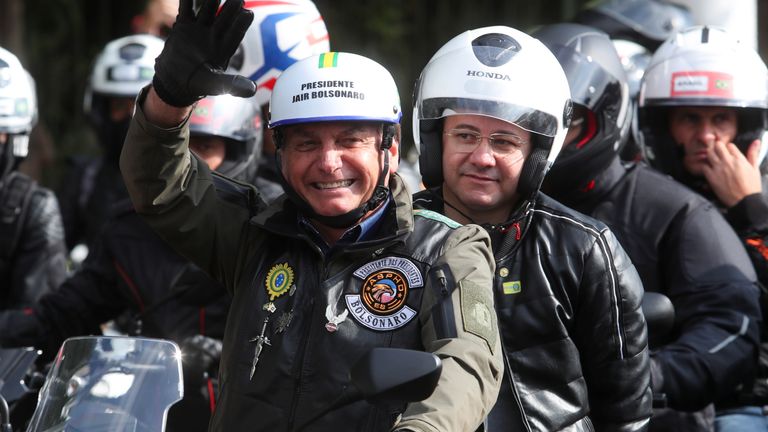 Many Brazilians have turned against Mr Bolsonaro due to his handling of the coronavirus pandemic and corruption claims over his government’s purchase of vaccines.

Brazil has the world’s second-highest death toll from the virus, with over 20.7 million infections and 578,326 deaths, according to latest figures from Reuters.

Nevertheless, Mr Bolsonaro has frequently downplayed the virus and resisted lockdowns and masks. In March, he told Brazilians to stop “whining” and move on from the disease.

Mr Bolsonaro, who is now looking to serve a second term, has questioned the fairness of Brazil’s electronic voting system and hinted he will not accept the results of next year’s contest. 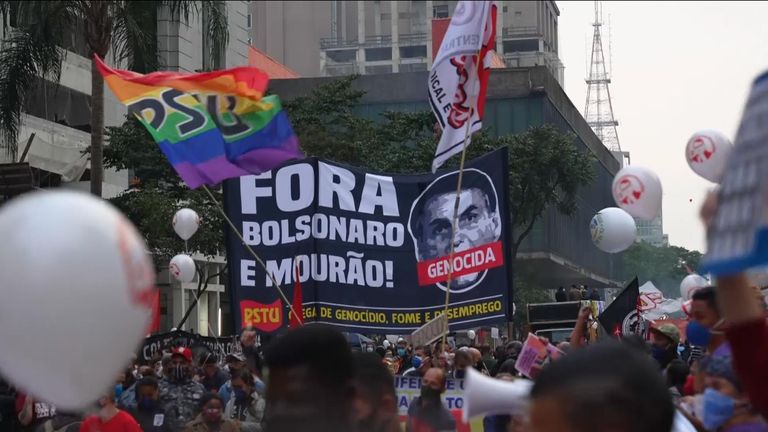 He is calling for a reform of the voting system with the adoption of printed receipts, saying that electronic ballots are vulnerable to fraud.

On Wednesday, the head of Brazil’s electoral court insisted there was no problem with the voting system.

But in the meeting with evangelical leaders on Saturday, Mr Bolsonaro again criticised Brazil’s electoral court.

“We have a president who neither desires nor provokes a rupture, but everything has a limit in life. I can’t continue to live with this,” he said.

He also invited evangelical leaders to show up at a nationwide march organised by his supporters on 7 September.

Tensions are high in the country, thanks to the pandemic, high inflation, hunger and unemployment.