LONDON (Reuters) – Britain will be forced to impose more restrictions on outdoor exercise if people flout lockdown rules designed to curb the spread of the coronavirus, the health minister said on Sunday. 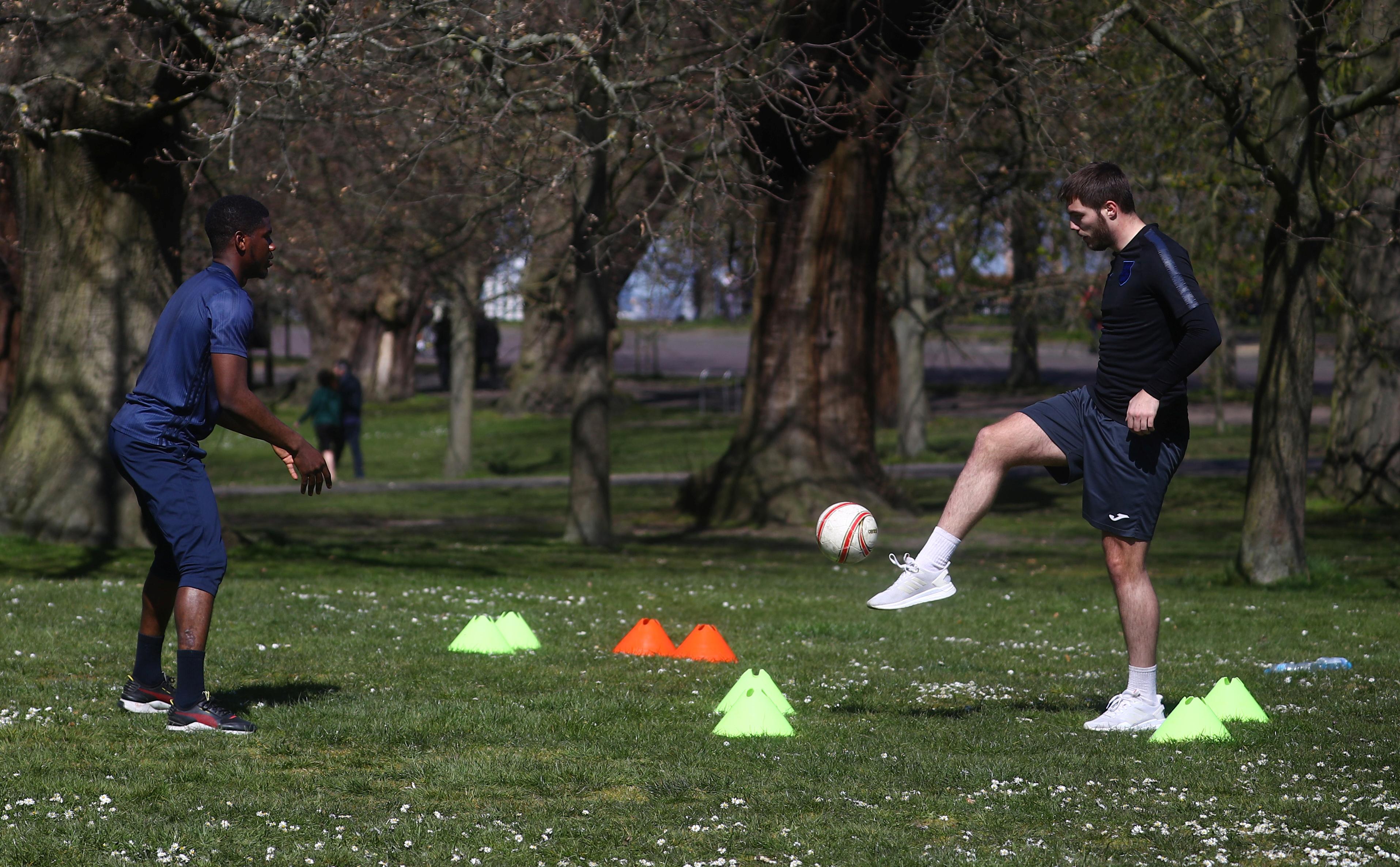 Daily exercise, such as walking, running or cycling, is allowed as long as people maintain social distancing. But any other activity such as sunbathing could put others at risk and prolong the lockdown, Health Secretary Matt Hancock said.

Most people were complying, he said, but if a minority continued to break the rules “we then might have to take further action”.

“What we are doing is being absolutely clear that the current rules must be followed,” he told a daily media briefing.

There were fears that warm spring weather on Sunday could encourage Britons to head to parks. London’s Lambeth Council closed Brockwell Park on Sunday after it said many people had sunbathed or gathered in large groups there on Saturday.

Hancock said it was “unbelievable” to see a small minority flouting the government’s advice to maintain social-distancing.

Other European countries such as Italy and France have imposed tougher restrictions on people leaving their homes.

Health experts said any move towards a ban on outdoor exercise was “deeply worrying”.

“The health implications of the lock down that we anticipate – increased alcohol consumption, domestic violence, anxiety and depression, poor diet and decreased physical activity will get worse if we confine more of us to our homes without the hugely important respite that outdoor exercise provides,” said Linda Bauld, a public health specialist at Edinburgh University.

Britain’s death toll rose to 4,934 on Saturday after 621 people died in the previous 24 hours.

Hancock said the timetable to ease restrictions – the lockdown exit strategy – could only be agreed once the spread of the coronavirus had been brought under control.

“Once we’ve flattened the curve in coronavirus cases we will be able to set out next steps. We are not there yet.”

Neil Ferguson, a professor at Imperial College in London who has helped shape the government’s response, said the epidemic in Britain was expected to plateau in the next seven to 10 days.

“What’s critically important then is how quickly case numbers go down: do we see a long flat peak or do we, as we hope, see a much faster decline, and that really depends on how effective the current measures are,” he told the BBC.

The newly elected leader of the opposition Labour Party, Keir Starmer, said the government needed to publish its plan.

“People want to know how does this end,” he said.

If restrictions were lifted too soon, however, a second wave of infection could occur, said England’s Deputy Chief Medical Officer Jenny Harries.

“The very last thing we would want to do is to have put in all of this effort, with everybody trying to do the right thing – almost everybody – across the country, and then finally lift the lid too early and we have a second spike,” she said.

British media on Sunday reported disputes at the top of government over the exit strategy, with finance minister Rishi Sunak pushing for a path to be mapped out towards lifting the restrictions to help limit damage to the economy.

Hancock denied there was any rift. “We are working very closely together, and what matters is that we can get out of this as fast as possible,” he told Sky News.