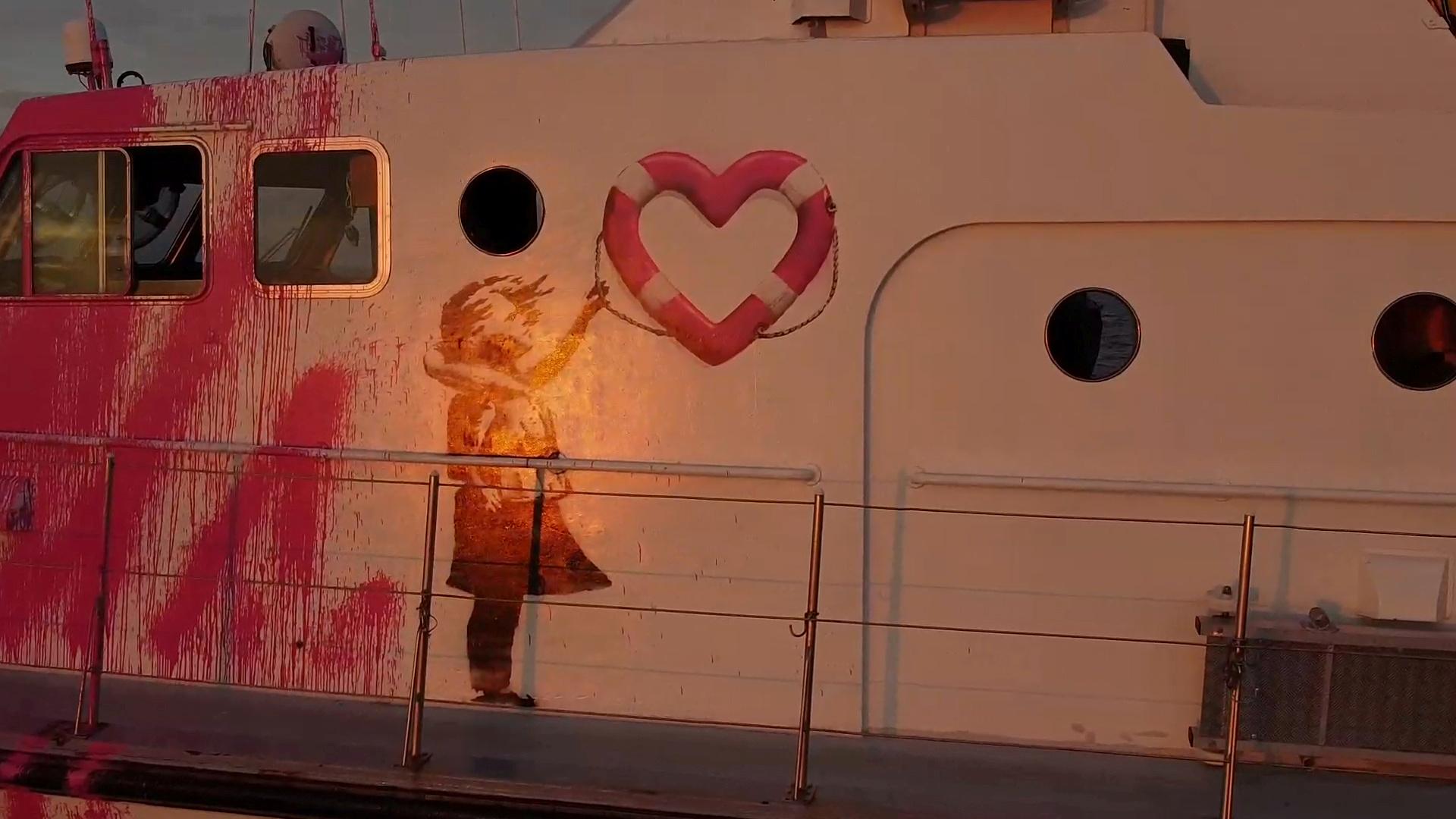 LONDON (Reuters) – British street artist Banksy is funding a boat to rescue refugees in the Mediterranean attempting to reach Europe from Africa, the Guardian newspaper reported.

The boat rescued 89 people, including 14 women and four children, at sea on Thursday, the newspaper said, and the crew were seeking to transfer them to a European coastguard vessel or disembark them at a port.

Named “Louise Michel” after a French feminist anarchist, the vessel features an artwork of a girl holding a heart-shaped lifebuoy in Banksy’s familiar stencilled style, according to a photo in the report.

Crewed by European activists experienced in search and rescue, the boat had already participated in two other rescue operations involving a total of 105 people who were transferred to another vessel, Sea-Watch 4, the report said.

Banksy, whose involvement in the operation is limited to providing finance according to the report, has highlighted refugees and migration in his work.

The Bristol-born artist, who keeps his identity a secret, is known for his political or social-commentary graffiti that has popped up in cities around the world. Last year one of his paintings depicting primates sitting in Britain’s parliament sold for more than $12 million at auction.

In 2015, he sent fixtures from his temporary “Dismaland” theme park in western England to an informal migrant camp in Calais, northern France, once home to thousands of migrants. Later the same year he created a mural of the late Apple founder Steve Jobs at the location.

He also painted walls in Paris with murals on the theme of migration in 2018. A PR agent who has worked for Banksy in the past did not respond to a request for comment.