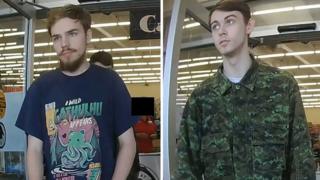 Two teenage fugitives in Canada confessed to killing three people in videos recorded before they took their own lives, police say.

A nationwide manhunt for the pair was launched after the murders in northern British Columbia in July.

They admitted to the killings in recordings made on a camera discovered near their bodies, police say.

But authorities were unable to uncover a motive. 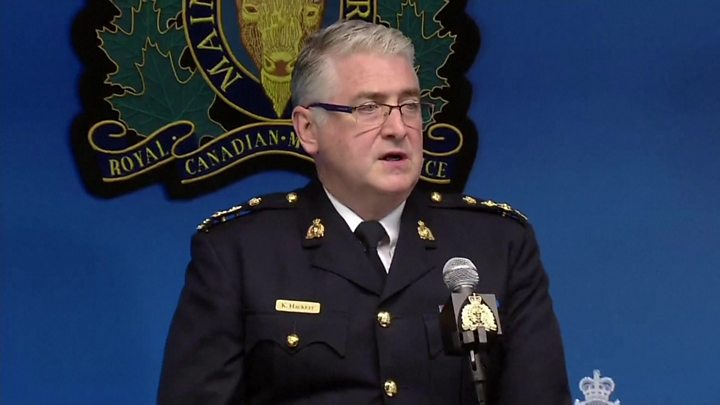 What does the footage show?

Details of the recordings were disclosed on Friday when the Royal Canadian Mounted Police (RCMP) released its findings about the case.

The report said a camera containing six videos and three still images had been found.

In the first video, Schmegelsky says they carried out the murders. The pair then detail plans to hijack a boat to travel to Europe or Africa.

But in the second video, Schmegelsky says they have reached a fast-moving river and that they may have to kill themselves, to which McLeod agrees. They again claim responsibility for the three murders and express no remorse.

In the following video, they say they plan to kill more people.

Other videos include details of how they plan to take their own lives and leave a “last will and testament”.

Police said the videos contained no “specifics” about the murders, or any indication of a motive.

“The murders appear to be random and crimes of opportunity,” RCMP assistant commissioner Kevin Hackett told a news conference.

What do we know about the pair?

McLeod and Schmegelsky, both from Vancouver Island, were on their way to Yukon territory for work when they went missing in mid-July.

All three were found shot dead in northern parts of British Columbia.

McLeod and Schmegelsky were found dead in a wooded area near the Manitoba town of Gillam on 7 August.