TORONTO (Reuters) – Canada’s health system is preparing for an influx of coronavirus patients in the midst of a long-running bed shortage, calling doctors out of retirement and ramping down any treatment that can wait. 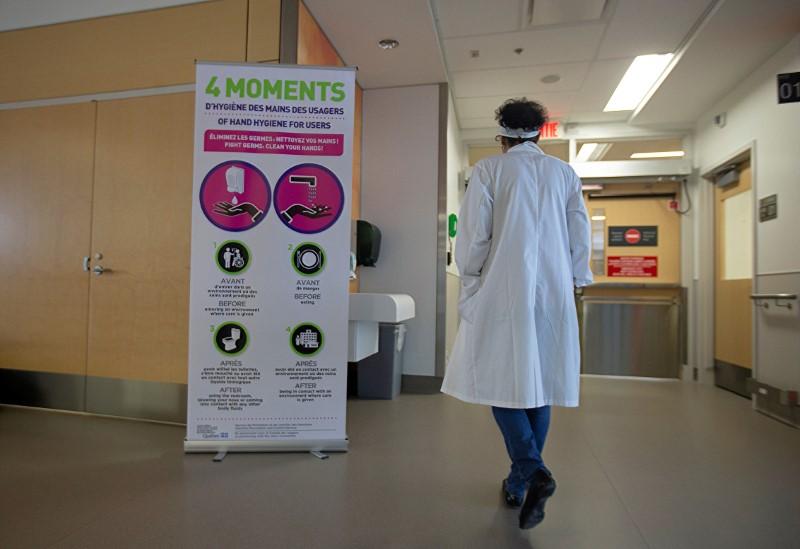 A shortage of beds during periods of peak demand, like the flu season, is a longstanding problem in the publicly funded system. While health spending has risen gradually in recent years, beds have not kept pace with population growth.

“You’ve got people in broom closets and auditoriums and conference rooms across the country,” said Michael Gardam, chief of staff at one Ontario’s newest hospitals, the 656-bed Humber River Hospital.

Canada has 925 cases of the COVID-19 respiratory illness caused by the coronavirus, and 12 deaths.

A preliminary model published by Canadian researchers this week estimated that if cases increase by 7.5 percent each day, Ontario, Canada’s most populous province, will run out of ICU beds and ventilators in about 37 days.

Between Sunday and Thursday, daily case counts grew an average of 16% a day.

In British Columbia, which has seen the most virus-linked deaths in Canada, the majority of hospitals are running between 110% and 140% of their official capacity, said Christine Sorensen, president of the BC Nurses’ Union.

Most current Canadian hospitals were built between the 1940-1960s, under a federal program. Budget cuts forced closures, and in recent years, growing demand for long-term care has further strained the system.

Canada had 12.9 adult intensive care beds per 100,000 people, according to a study based on 2013-14 data, with variations across the country. British Columbia had only 10.5 beds, and the Atlantic province of Newfoundland and Labrador had 21.8, according to a report from Canadian Institute for Health Information.

In contrast, the United States had 34.7 ICU beds per 100,000 as of 2009, according to the National Center for Biotechnology Information.

CARE BY EMAIL AND IN HOTELS

With little time left to prepare, officials are moving to make the most of what they have.

British Columbia’s College of Physicians and Surgeons put a call out to doctors who retired in the last two years to re-register under a special emergency class.

Ontario told hospitals this week to ramp down elective surgeries and non-urgent treatment. It also said it would invest C$100 million to increase capacity, but it is not clear how quickly that can be done.

An Ontario committee set up to address the crisis is looking at how to move more patients out of hospitals and into long-term care or home with care, a document obtained by Reuters showed.

Alberta is enabling doctors to bill for phone consultations, in an effort to keep patients at home.

Its College of Physicians and Surgeons told doctors that unregulated technology, like email and texting, may be justified under the “extraordinary circumstances.”

Some hospitals have the capacity to re-open beds that have been closed over the years, said Michael Hurley, president of the Ontario Council of Hospital Unions, but that is not occurring quickly enough.

“So far we haven’t talked about approaching this virus with the intensity that the Chinese have,” said Hurley, citing China’s move to open up thousands of hospital beds in a matter of days to handle the influx of coronavirus patients. China assembled new hospitals in Wuhan using prefabricated buildings.

One top priority will be protecting healthcare workers, for their own safety and so they can continue to see patients.