Taipei responded angrily to the WHO chief’s assertion that ‘racist slurs’ against him originated in Taiwan. 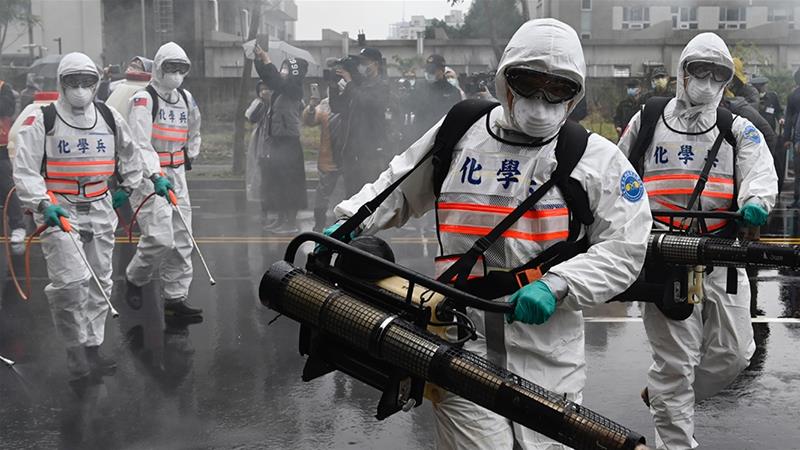 China has accused Taiwan of “venomously” attacking the World Health Organization (WHO), taking advantage of the current coronavirus crisis to seek independence, and conspiring with internet users to spread racist comments, after the WHO chief said a racist attack directed at him had come from the island.

Taiwan had responded angrily on Thursday to WHO Director-General Tedros Adhanom Ghebreyesus’ assertion this week, and demanded he apologise, saying the accusations were “slander” and “extremely irresponsible”.

Taiwan, which China claims for itself, is excluded from the WHO because of China’s objections to its membership.

The government has said this resulted in it being unable to get timely information, putting Taiwanese lives at risk. The WHO denies the allegation.

In a statement late on Thursday, China’s Taiwan Affairs Office took aim at the “DPP authorities”.

“The DPP authorities are unscrupulously using the virus to seek independence, venomously attacking the WHO and its responsible people, conniving with the green internet army to wantonly spread racist comments,” it said. “We strongly condemn this.”

Taiwan’s justice ministry said on Friday that Twitter posts purporting to be from Taiwanese people apologising to Tedros for racist slurs were actually posted by people in mainland China.

“There is a concern it is a deliberate operation by overseas forces,” the ministry’s investigation bureau said.

“Falsely claiming to be Taiwanese and openly admitting to racist attacks on WHO Director General Tedros and begging forgiveness seriously damages our country’s international reputation,” it said in a statement.

Taiwan has reported at least 380 cases of coronavirus to date, far lower than many of its neighbours thanks to early and effective prevention work. On Friday, it said a sixth patient died, an elderly person with underlying health conditions.

The WHO has also come under severe criticism from the United States. President Donald Trump has threatened to withhold US funding for the WHO, which is at the forefront of fighting the pandemic that has infected more than 1.6 million people worldwide.

The US Department of State questioned why the WHO did not pursue a lead offered by Taiwan in the early days of the pandemic; it also said the organisation was too late in sounding the alarm over COVID-19 and showed too much deference to China.

The US is “deeply disturbed that Taiwan’s information was withheld from the global health community, as reflected in the WHO’s January 14, 2020, statement that there was no indication of human-to-human transmission,” a State Department spokesperson said.

“The WHO once again chose politics over public health,” she said, criticising the UN agency for denying Taiwan even observer status since 2016.

Critics say Trump’s sudden threats against the WHO amount to a political ploy to find a foreign scapegoat as he comes under fire for not doing more to prepare for and control COVID-19, which has killed more than 16,600 people in the US.

China: Truth In A Pandemic