BEIJING (Reuters) – Mainland China reported no coronavirus deaths for the first time since the pandemic began, and a drop in new cases, a day before the central city of Wuhan, where the virus emerged late in December, is set to lift its lockdown. 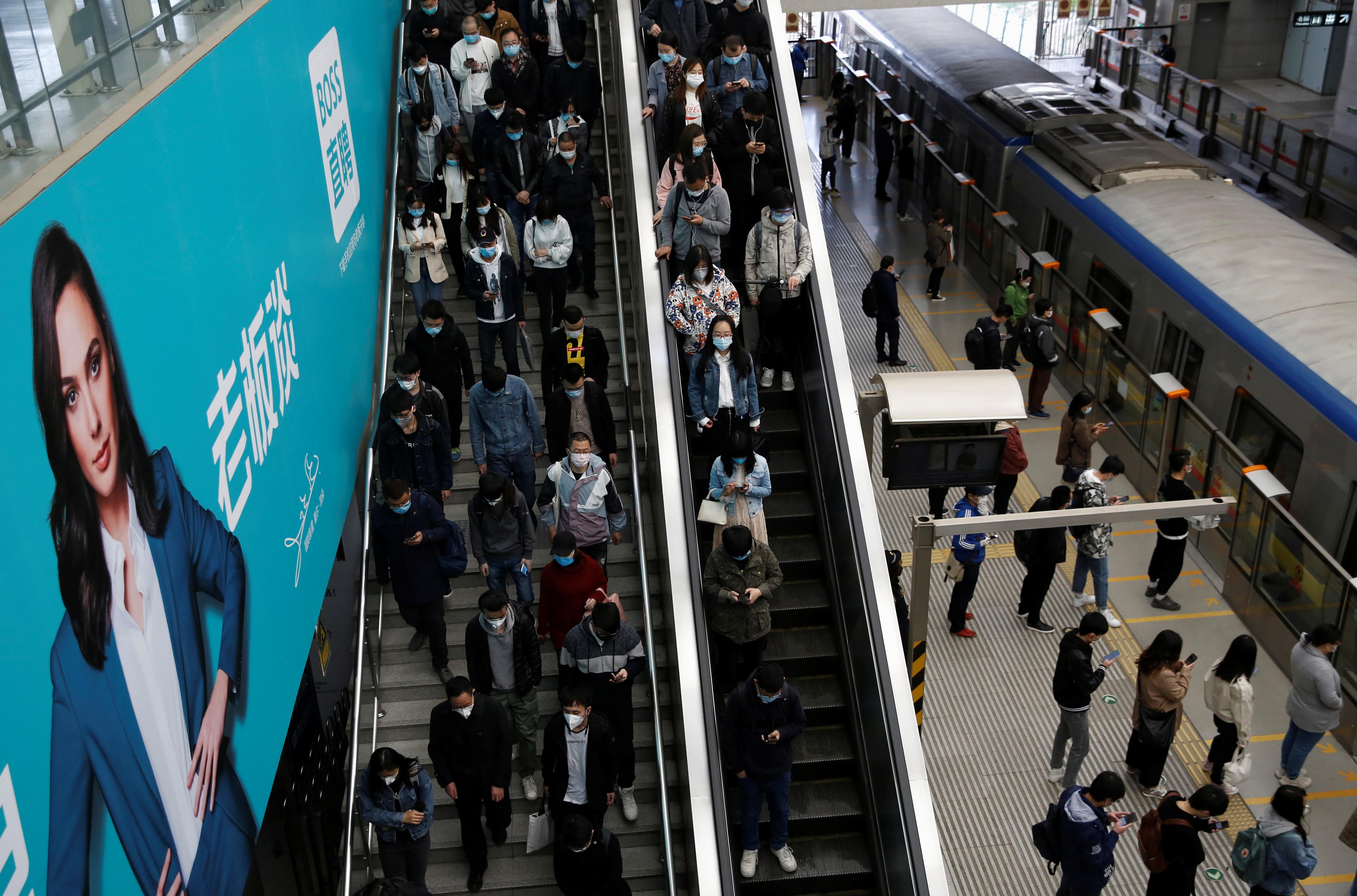 China had 32 new infections by Monday, down from 39 a day earlier, the National Health Commission said.

For the first time since the commission began publishing nationwide data in late January, Hubei’s provincial capital of Wuhan saw no new deaths, joining the rest of mainland China, which has recorded none since March 31.

Wuhan, a city of 11 million that reported only two new infections in the past fortnight is due to allow residents to leave the city on Wednesday, for the first time since it was locked down on Jan. 23 to curb the spread of the virus.

With mainland China well past February’s peak of infections, authorities have turned their attention to imported cases and asymptomatic patients, who show no symptoms but can still pass on the virus.

By the end of Monday, 1,033 asymptomatic patients were under medical observation.

Overseas arrivals made up all 32 of the new cases with symptoms, down from 38 a day earlier. Total imported infections stand at 983, the commission said.

China faces the “dual risks” of imported infections and domestic cluster outbreaks, a commission spokesman told a briefing on Tuesday.

The northeast province of Heilongjiang reported 20 new cases, all in Chinese citizens returning from neighbouring Russia. It had reported 20 new infections on Sunday, all also cases imported from Russia.

On Tuesday, the Chinese consulate in the Russian city of Vladivostok near the border with China said it strongly reminded Chinese nationals not to return home through the border port of Suifenhe, which is to be closed to all arrivals from Tuesday.

China has shut its borders to foreigners as the virus spread globally, though most imported cases have involved Chinese nationals returning from overseas.

The number of inbound travellers through airports is fewer than 3,000 a day, down from about 25,000 in late March, before China slashed the number of international flights.

It also started testing all international arrivals for the virus this month.