Images spotted on Google Maps uncovered mysterious structures and lines on the surface of China’s Gobi Desert – an area that has been linked to military and weapons testing for the People’s Liberation Army (PLA). They caused a storm online, as speculation grew over their potential use, with claims they represented street maps of major American cities. But Jonathan Hill, a research technician at the Mars Space Flight Facility at Arizona, revealed why he thought they were probably used to help China’s spy satellites.

Mr Hill, who works with images of the Martian surface taken by rovers and satellites, as well as data from Earth-orbiting NASA instruments, said satellite cameras focus on the grid and use it to orient themselves in space.

The existence of these calibration targets seem suspicious, but Mr Hill said China was already known to operate spy satellites, and many other countries do so as well.

He told LiveScience: “An example I found is a calibration target for the Corona spy satellites, built back in the Sixties, down in Casa Grande, Arizona.”

The 65-foot-wide white lines that make up China’s grids are also not made of reflective metal, as many suggested. 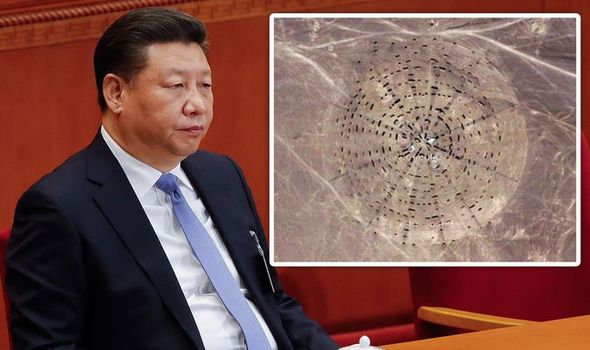 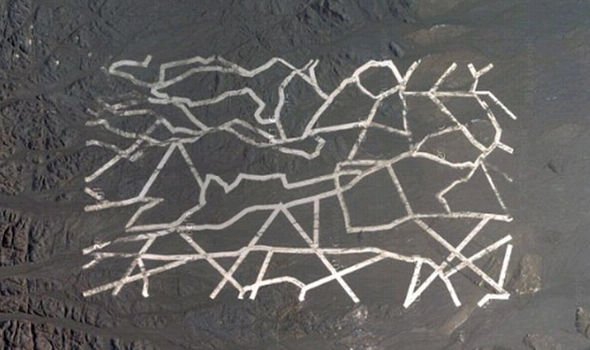 Mr Hill added: “They have gaps in them where they cross little natural drainage channels and the lines themselves are not perfectly filled in, with lots of little streaks and uneven coverage.

“I think it’s safe to say these are some kind of paint.”

But another strange image, captured not too far away, showed a Stonehenge-like arrangement of objects, with fighter jets parked at its centre.

This, according to Mr Hill, may have been constructed in a bid to hide some of the secretive state’s military action from the world’s eyes. 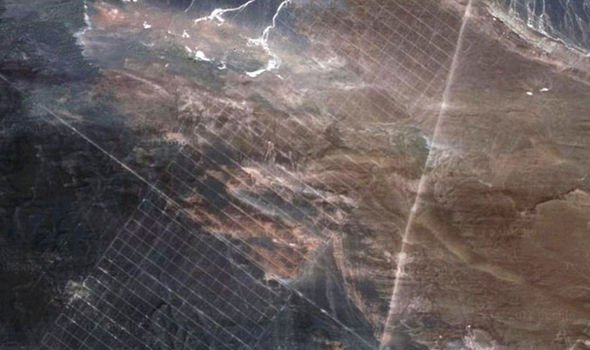 He added in 2011: “This is almost certainly a calibration or test target for orbital radar instruments.

“Since a significant amount of radar return is due to differences in surface roughness, they’re probably testing ways of making the areas around planes bumpy enough that the planes are partially masked.”

This suggests the Chinese military used radar instruments to send signals down to targets from above to see how well they are hidden by the structure around them.

From this, the country’s radar experts could learn how best to hide China’s military operations from other countries’ satellites, and possibly get clues for how to find carefully hidden objects in other countries. 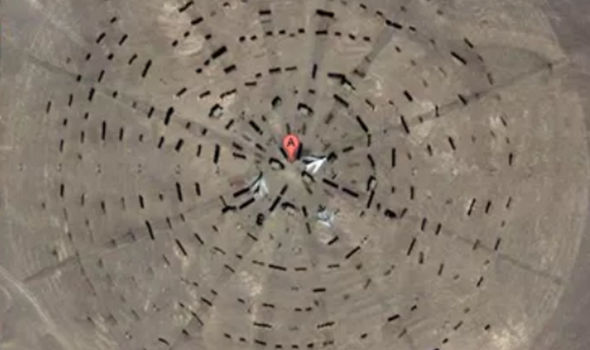 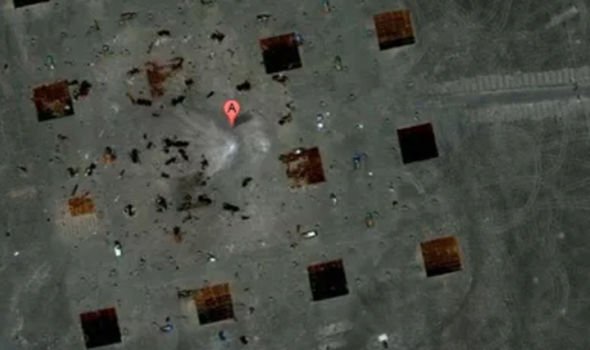 However, Mr Hill added that the fact that the planes are made out of metal increased their radar return and would make it very hard to completely mask them.

The Gobi Desert is a vast area, spanning more than 500,000 square miles.

The buzz around the objects – which can still be seen – was intensified by the fact they are located on the borders of Gansu province and Xinjiang – an area that has been used to build military, space and nuclear equipment.

They are also less than 100 miles from Jiuquan, where China’s space programme headquarters and launch pads can be found.