City says 1,290 more people died of COVID-19 than previously thought after cases were missed in early days of outbreak. 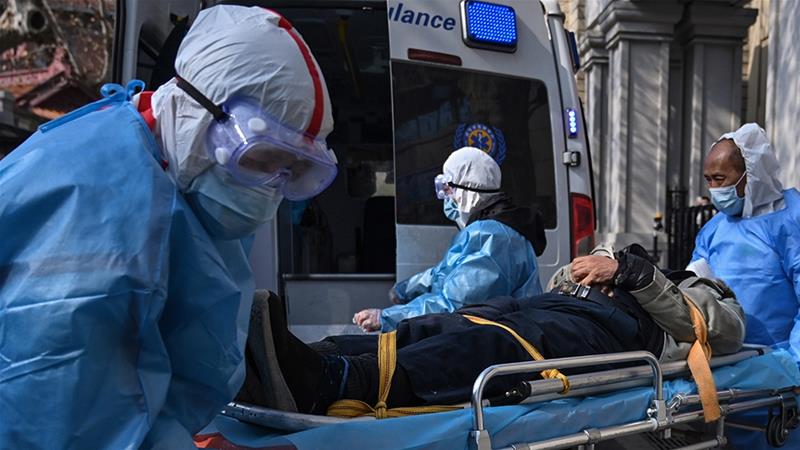 Wuhan, the central Chinese city where the coronavirus first emerged late last year, has revised sharply upwards its death toll from the disease, admitting people died at home and cases were missed as hospitals struggled to cope in the early days of the outbreak.

The adjustment, detailed in a social media posting by the city government on Friday, increased the death toll by 1,290 – about 50 percent – bringing the total to 3,869. The revision brought the number of dead across China to 4,632.

The authorities said there had been late reports from medical institutions, while some patients had died at home as hospitals struggled to cope in the early stages of the outbreak.

“A surging nmber of patients at the early stage of the pandemic overwhelmed medical resources and the admission capacity of medical institutions,” the Wuhan Municipal Headquarters for COVID-19 Epidemic Prevention and Control, said in a statement posted to state news agency Xinhua.

“Some patientss died at home without having been treated in hospitals. During the height of their treating efforts hospitals were operating beyond their capacities and medical staff were preoccupied with saving and treating patients, resulting in belated, missed and mistaken reporting.”

The total number of confirmed coronavirus cases in Wuhan was also revised upwards – by 325 to 50,333, the government said.

The revisions came as a number of world leaders suggested China had not been entirely open about the full domestic impact of a virus that has now killed more than 140,000 people around the world, and confined half of humanity to their homes.

In an editorial, the Global Times, a tabloid owned by the Communist Party, rejected the accusations and said the revisions were made “based on facts” and that China had not been affected by “Western noise.”

“The strict review and correction of the death toll means there is no room for deliberate concealment,” the paper said. “Speculation that China falsified the death toll from the coronavirus is far from the truth. China is not a country where one can fabricate data in complete disregard of the law.”

Neverthless, the revisions are likely to play into the Trump administration’s growing narrative of Chinese untrustworthiness, which now appears to have some support from Britain and France.

British Foreign Secretary Dominic Raab, currently standing in for Prime Minister Boris Johnson who is still recovering from the virus, said there would be “hard questions” for Beijing.

In an interview with the Financial Times, French President Emmanuel Macron said it would be “naive” to think China had handled the pandemic well, adding: “There are clearly things that have happened that we don’t know about.”

Beijing and Moscow have rejected the accusations, with Russian President Vladimir Putin denouncing “attempts by some people to smear China”.