Distillers in Scotland are using their experience with alcohol production to turn their hands to making sanitiser. 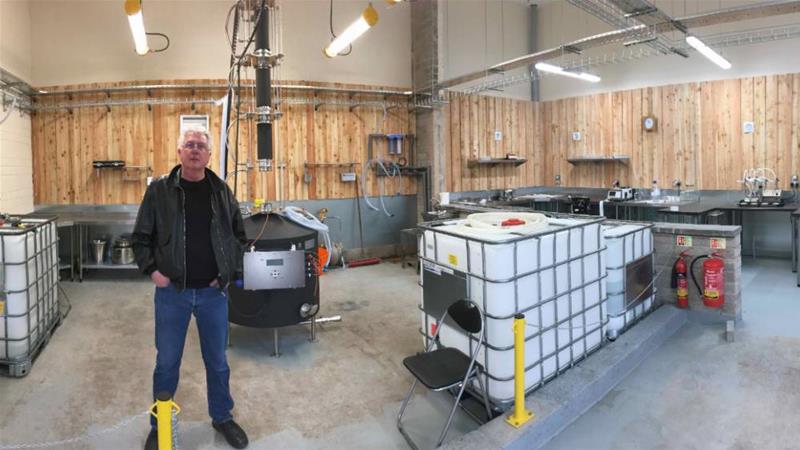 Glasgow, United Kingdom – Scotland’s ability to manufacture (and consume) alcohol such as Scotch whisky may be world-renowned, but Scottish distilleries are today joining the fight against the coronavirus pandemic.

Responding to a global shortage of hand sanitiser, which has seen barren supermarket shelves across Scotland and the United Kingdom as demand outstripped supply, some Scottish spirit makers have begun a novel form of alcohol production that, just days ago, would have been seen as laughable.

“This idea was not even 24 hours old,” said Andrew Mackenzie, owner of Verdant Spirits, before he decided to switch production from gin to hand sanitiser earlier this week, following requests from local caregivers in Dundee, eastern Scotland.

Mackenzie, who makes up one-half of the father-daughter partnership of Verdant Spirits, told Al Jazeera one of the immediate challenges of this abrupt about-turn included sourcing hydrogen peroxide, which he managed to quickly remedy after posting an appeal for the ingredient on Facebook.

Having initially launched a crowdfunding campaign in order to cover costs for his emergency venture, he added: “The plan at the moment is that we will be producing an initial batch of 400 litres of hand sanitiser this week, which needs to rest for a while, so it will probably be available early next week.”

Mackenzie’s efforts to boost local production of these quick-drying alcohol-based gels, which he is supplying to care homes in Dundee, comes at a time when millions of Britons have scrambled to stock up on medicines and foodstuffs as households go into lockdown.

Medical experts have been actively encouraging people to keep their hands clean as a way to slow the transmission of the virus which, like influenza, spreads from person to person in close proximity.

The first cases of the disease caused by the new coronavirus, COVID-19, often characterised by a new persistent cough and fever, began in Wuhan, China, in December, but rapidly spread to other parts of the globe, such as Europe and the United States. Most people who become infected will recover – but fatalities have been recorded, largely among the elderly and those with underlying medical conditions.

In Scotland, other distillation experts have also been looking to extend a helping hand.

Fiona Walsh of Redcastle Gin, and Lewis Scothern of Distillutions Micro Distillery, both based in Arbroath, on Scotland’s North Sea coast, have joined forces to produce hand gel for their local community.

“We made our first batch on Friday and we gave it away on Saturday, free of charge, to the locals most in need,” Walsh told Al Jazeera. 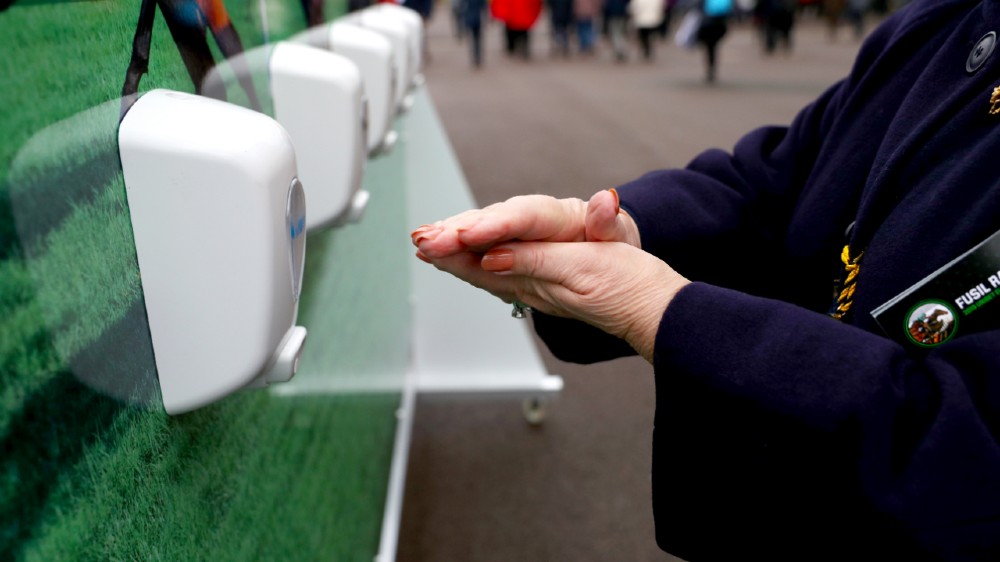 Scothern added that he was able to use “waste alcohol” that would normally be destroyed in order to make more sanitiser over the weekend.

“We’ve been using glycerine as a moisturising aid, some colouring to make it pink and elderflower aroma so that it smells nice,” continued Scothern, who described his switch from making spirits to hand gel as “crazy”.

Other challenges for distilleries looking to make sanitiser is the current duty that is required to be paid on the alcohol used in the gel’s production.

Yet, Mackenzie, Walsh and Scothern are determined to do their bit in a time of crisis – even if the long-term costs of doing so remain a potential barrier to future production.

“We have been awarded the contract to produce the gin for the House of Commons,” said Mackenzie.

“That’s where our focus has been for the last few months. But on Monday morning I was told the House of Commons launch was postponed indefinitely [because of COVID-19], which left me feeling pretty flat.”

And now that he is producing hand sanitiser?

“It’s completely bizarre – but it’s great that we can help,” he added.