An explosive device thrown into the CNN HQ in Atlanta, Georgia was captured live on air, as the explosion rattled news reporters during a broadcast. The CNN news crew were forced to cut the live TV feed while they covered protesters trying to storm their own news building. The protest in Atlanta erupted after anger over the death of George Floyd spread from Minneapolis to other major US cities on Friday.

Video of the live coverage on CNN starts with police in full riot gear holding a line and containing a crowd of protesters.

CNN reporter Nick Valencia reported to host Chris Cuomo on the “unreal” scene at the building.

He said, “They’ve broken out the windows here, they’re continuing to throw objects, another projectile fired, appeared to be a full water bottle

“At least two officers have been injured, one of them appeared to be seriously injured, being dragged out.” 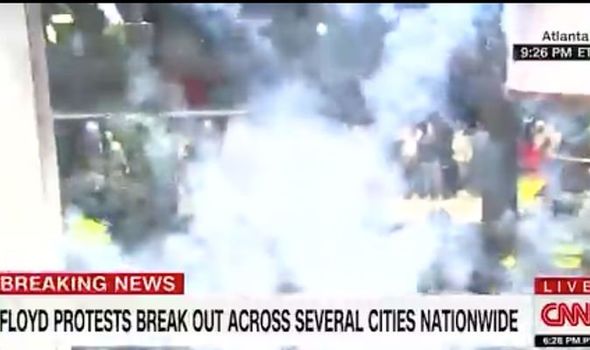 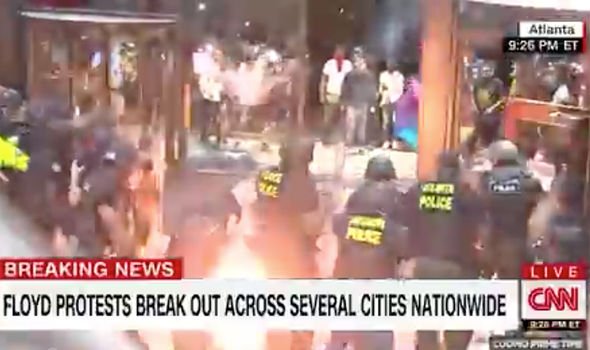 At this point, an explosive can be seen thrown into the building, before suddenly exploding in front of Atlanta police.

Smoke then fills in the air, leaving Cuomo to ask: “Nick, you alright? Are you OK, guys?”

At first, Valencia described the object thrown into the building as “a smoke grenade”. 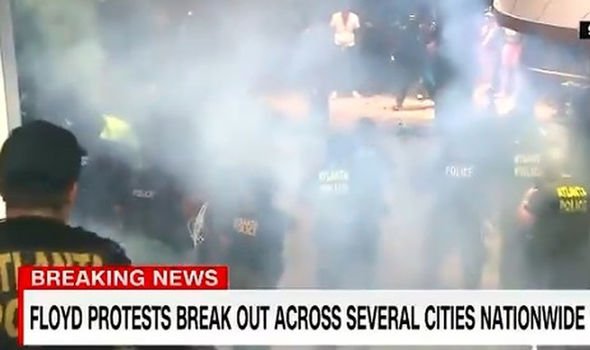 Valencia then describes the device as a “firecracker,” before adding: “Security’s telling us to go… We’re getting out of here. We’ll get back to you later.”

Earlier in the day, the CNN office was surrounded by scores of demonstrators, who vandalized the main entrance and set a police car on fire.

The crowd continued to swell in size prompting officials to call in SWAT to help with crowd control. 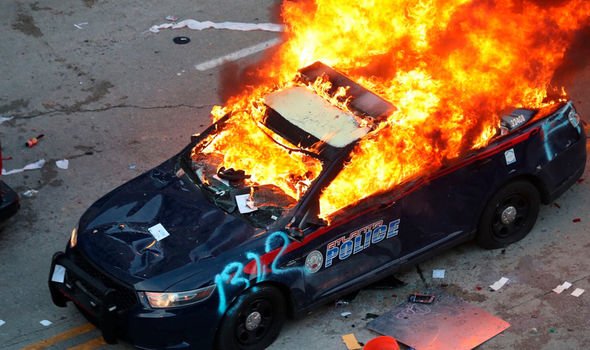 Atlanta Mayor Keisha Lance Bottoms spoke directly to the protesters: “You have defaced the CNN building.

“Ted Turner started CNN in Atlanta, 40 years ago because he believed in who we are as a city.”

Atlanta is just one of dozens of major US cities which have erupted in violence following the death of George Floyd in police custody.

Footage of Mr Floyd’s arrest showed a white officer pressing his knee into the man’s neck while taking him into custody in Minnesota.