As the number of people infected with coronavirus rises in the UK the fundamentals of British life are changing. From potential plans to close restaurants and pubs to threatened lockdown measures in London – all in the hope of preventing the virus spreading. Official figures state that 3,269 have tested positive for coronavirus – from which, 144 people had died and 65 recovered, as of Friday morning. It could be argued the measures put in place today were influenced by the pandemics of the past. Most notably, Spanish Flu, which ravaged the world towards the end of World War 1 and became one of the deadliest outbreaks to affect humanity.

Prime Minister Boris Johnson warned today that he would “enforce” self-isolation measures “if necessary” to prevent further spread of coronavirus.

The pandemic, scientifically named COVID-19, has infected nearly a quarter-of-a-million people worldwide, killing in excess of 10,000 and with more than 88,500 able to recover.

But the coronavirus challenge is considerably less than that of the Spanish Flu that infected world populations between January 1918 and December 1920.

It was estimated that a quarter of the world’s population died from the pandemic, claiming as many as 50 million lives – although some claim the death toll could have been double that figure.

As inevitable comparisons are made between Spanish Flu and coronavirus, could world leaders have taken note from the approach to culling contagions of the past? 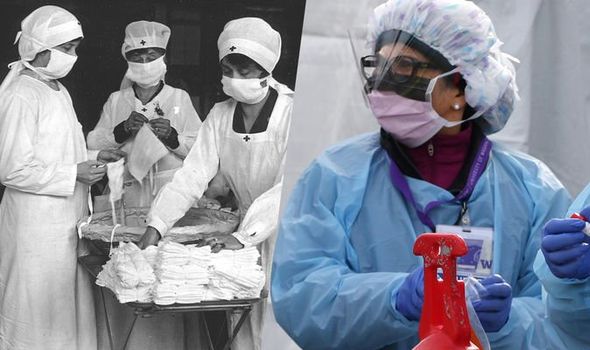 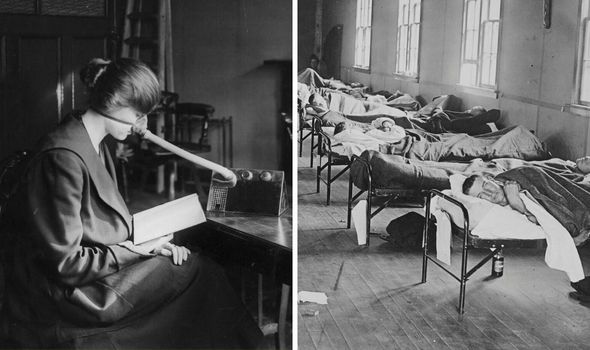 One of several crucial differences between today’s coronavirus discussion and that of Spanish Flu is the amount of information publicly available.

They claim that public figures were motivated to “underplay” the reality of how Spanish Flu was affecting their countries due to World War 1.

Officials allegedly feared that a “full disclosure might embolden enemies” during wartime and risked changing the outcome of the conflict.

For reference: the first cases were detected in January 1918 whereas the war ended on November 11 that same year. 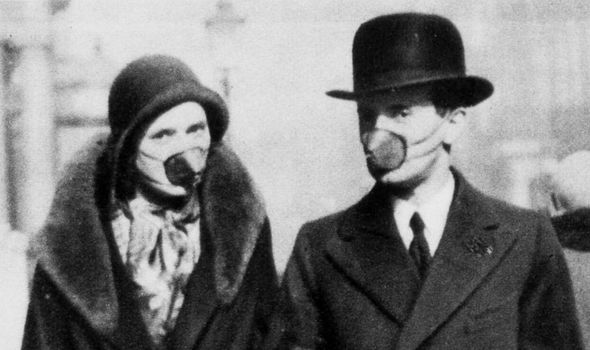 Another claim was that there was a need to “preserve public order and avoid panic” – so many officials kept quiet.

This lack of transparency led to less media coverage and warnings about the deadly virus that would go on to kill millions.

It is argued that this secrecy could have led to countless more people becoming infected and potentially than was predicted – all due to a lack of awareness.

By contrast, the approach to coronavirus has been starkly different and even popularised through pop culture to ensure people stay as safe as possible.

The NHS employed a relatable way to ensure people are washing their hands for long enough – sing ‘Happy Birthday’ twice while performing the act.

Videos have also been posted showing how to effectively clean fingers and palms – alongside general guidance on preventative measures.

Similarly with media briefings, Mr Johnson has been regularly explaining the measures that will be put into place and given warnings about the importance of self-isolation.

In a statement today, he assured the public he understood how difficult the situation was but that it was necessary to “turn the tide” on the coronavirus crisis.

Mr Johnson said: “I know how difficult it may be or it may seem right now, but if we do this together, we will save many, many thousands of lives.” 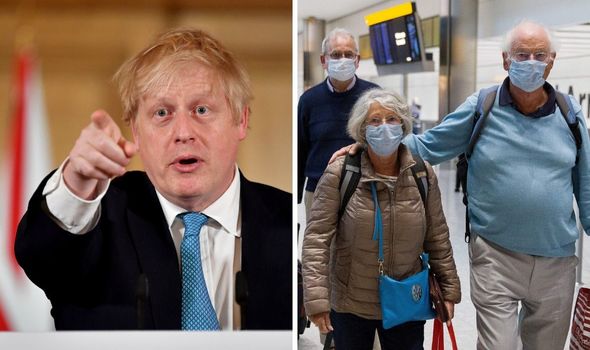 Even celebrities including Tom Hanks and his wife Rita Wilson have tried to eradicate the stigma surrounding coronavirus – and tried to lift spirits with funny quips.

British actor Idris Elba has also been live-blogging his experiences after testing positive on Monday – and sharing messages of “solidarity, not panic” to the public.

By comparison to Spanish Flu, the above measures and more have led to greater awareness of how the coronavirus is spread.

This has led the world to take better precautions than in the past – including purchasing hand sanitiser, cleaning products and protective masks to help reduce the risk.

While the coronavirus crisis appears far from over – as Mr Johnson predicts Britons could be in a similar predicament in June – it appears lessons have been learned on what not to do.

Previous pandemics have taught us that education is power and awareness is key to ensuring the masses do not fall victim to this deadly outbreak.