Coronavirus: Deaths in Spain rise to 767 as lockdown continues

The number of people who have died after testing positive for coronavirus in Spain has risen to 767, an increase of 169 in the last 24 hours.

The total number of COVID-19 cases also grew overnight, rising by just over a quarter to 17,147.

Spain is the second worst affected country in Europe, as only Italy has had more cases and deaths. Across the rest of the world, only China and Iran have had larger outbreaks. 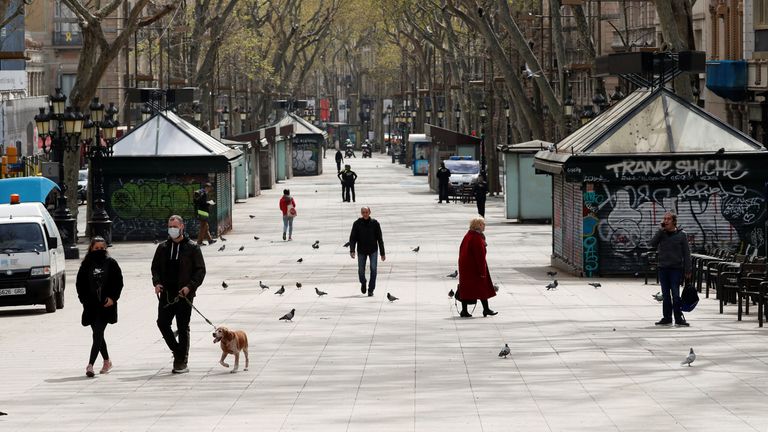 The entire country is currently under lockdown as the government tries to stop the spread of the disease any further.

Prime Minister Pedro Sanchez has called the virus a “cruel” disease that paralyses the human need to socialise.

On Wednesday, both Italy and France had their highest numbers of deaths from coronavirus in a single day, with 475 and 89 more fatalities respectively.

Italy has been on total lockdown since 9 March and has now recorded a total of 2,978 deaths. It is on track to surpass China’s death toll, which currently stands at 3,249.

Health experts in Italy are warning the peak of the disease may not come until mid-April in the worst hit regions in the north.

In France, the government said on Thursday that it will extend the current two-week lockdown if the threat from the virus continues. 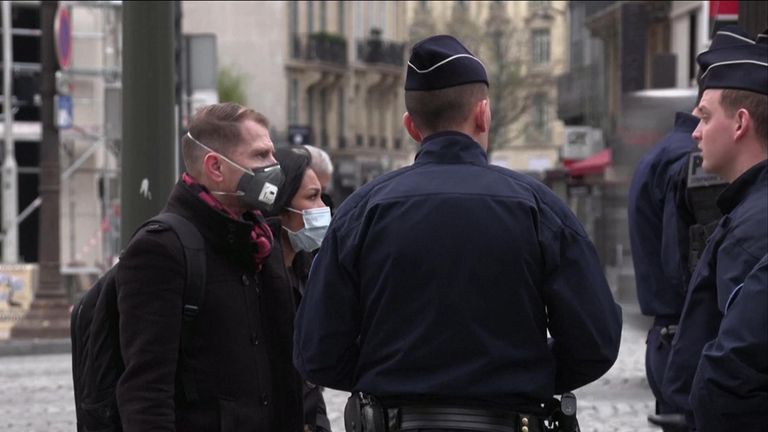 The announcement came as French President Emmanuel Macron came under pressure from doctors and nurses over the lack of face masks and hand sanitiser in hospitals.

A national police union has also told officers to refuse to carry out tasks that would bring them into close proximity with members of the public because of the shortage of masks.

The outbreak in Germany has been less severe, with just over 30 coronavirus-related deaths.

The country is not under lockdown but schools, businesses and public areas have been shut to stop the disease spreading.

In an address to the nation on Wednesday, German Chancellor Angela Merkel said the outbreak was the biggest challenge faced by the country since the Second World War.