The economic impact of COVID-19 on the holiday island of Phuket is worse than the 2004 Boxing Day tsunami, according to Thai tourism chiefs.

It is claimed in the first three months of 2020 the hotel industry alone lost more than 50bn baht (£1bn) due to a drop in tourists.

To contain the rising number of coronavirus cases, the land and sea borders on the island have shut and a nationwide curfew is in place at night. 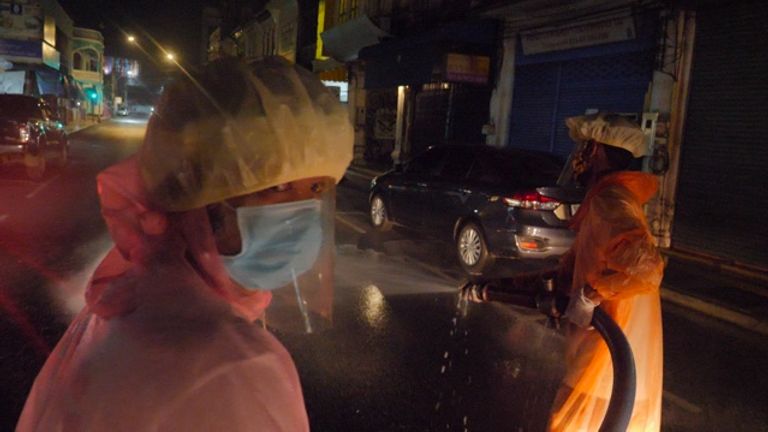 Usually packed tourist streets are deserted and closed off.

Shops and restaurants are shuttered, aside from a few offering limited takeaway services.

But the financial pain caused by COVID-19 is even more severe.

Many guesthouses stood empty even before an order by the governor at the start of April that they all should temporarily close.

It began with a drop in Chinese visitors in January, but as the virus spread across the world, bookings from elsewhere also started to dwindle. 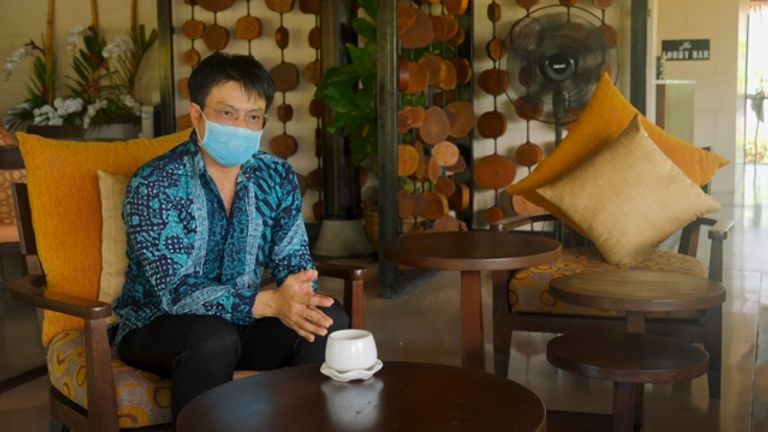 It is still officially high season, but the villas at Kongsak Khoopongsakorn’s hotel are empty.

He closed the site in March after European reservations dried up, and says he may not reopen for months.

Around 39 million foreign visitors came to Thailand in 2019, with Phuket the most popular destination outside Bangkok.

Around 90% of people who live on the island rely on tourism for their income.

But like much of the world, the focus here, and across the country, is on virus control.