Partygoers at the nightclub in Lima, Peru, attempted to escape the scene when the police arrived. The incident caused six other people to be left injured, including three police officers.

Police were called to a nightclub in the Los Olivos district of Peru’s capital on Saturday evening where more than 120 people were attending an illegal party.

Large social gatherings are banned in Peru and there is a nationwide 10pm curfew, as well as mandatory social distancing measures, in order to control the spread of the coronavirus.

Peru was one of the first nations in the Americas to enforce strict coronavirus measures.

But the country is now one of the worst affected in Latin America. 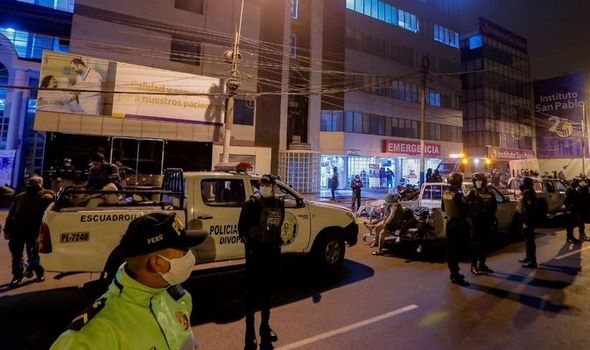 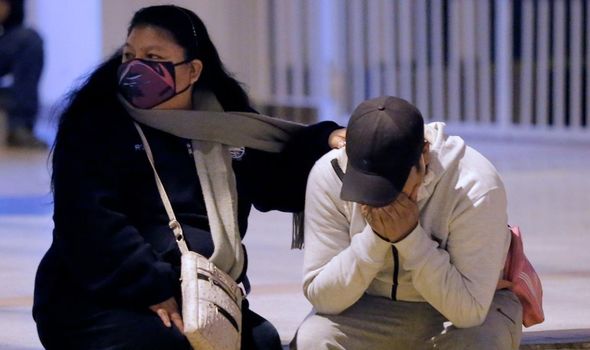 Peru has more than 574,000 cases according to the Johns Hopkins University Tracker.

In a statement Peru’s Ministry of the Interior said the police did not use “any type of weapon or tear gas to clear the premises”.

The people attempted to flee the 2nd floor venue when the police arrived but were crushed on the stairs.

Police have said the partygoers were trapped between the only entrance door, which was pushed closed, and a staircase which led to the street. 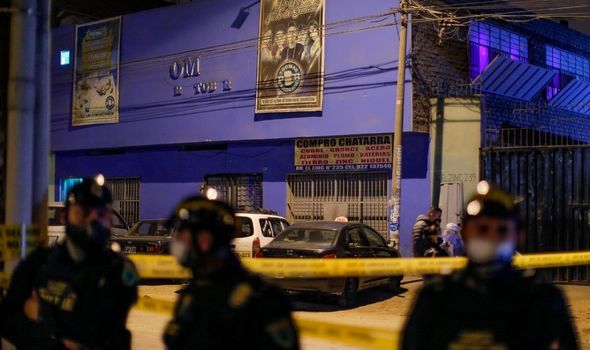 The police had to force the door open.

Peru’s interior minister said after the police raided the club, the partygoers “tried to escape through the single exit, trampling each other and getting trapped in the stairway”.

Eleven men and two women aged in their 20s and 30s have reportedly died.

The people who died were either crushed to death or asphyxiated. 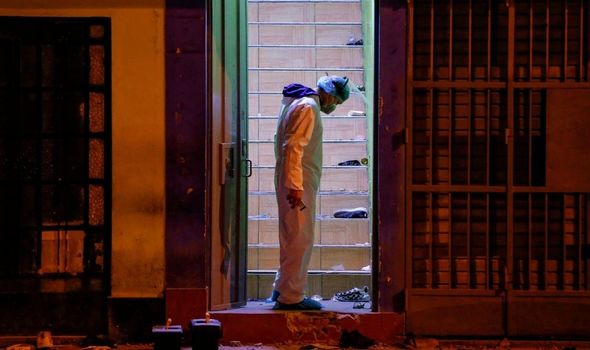 Police said they have started an investigation to identify the owners of the nightclub and those responsible for the party.

The statement said: “The Ministry of the Interior profoundly regrets the deaths of 13 people as a consequence of the criminal irresponsibility of an unscrupulous business owner.”

He said: “I have sorrow and I have sadness for the people and relatives of the people who have died, but I also have anger and indignation for those who were irresponsible by organising this.

“Please reflect, let’s not lose more lives due to negligence.” 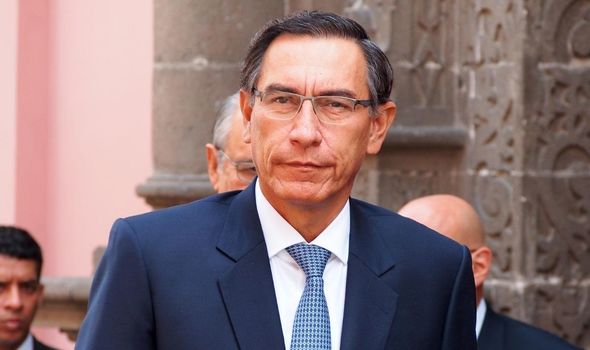 The interior ministry said the club’s owners, a married couple, have been detained.

It said the incident was caused by the “criminal irresponsibility of an unscrupulous businessman”.

Police reported that 23 people have been arrested.

President Vizcarra said 15 of those detained had tested positive for COVID-19.

Peru started to lift some of its lockdown restrictions on 30 June, but nightclubs have not been allowed to reopen.