New Zealand is investigating the possibility that its first coronavirus cases in 102 days were caused by imported freight.

The city of Auckland has been put back into strict lockdown by Prime Minister Jacinda Ardern after four members of the same family tested positive there.

But the reason behind the outbreak has baffled health officials because the family had not travelled abroad. 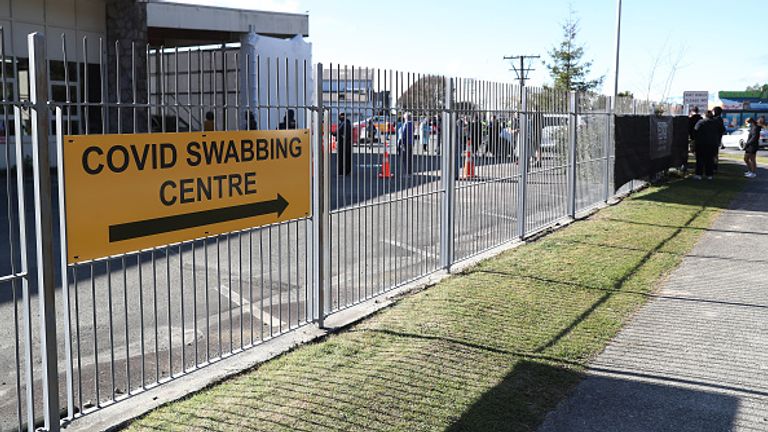 They are now looking into whether the coronavirus may have arrived from outside the country in a different way.

They are the first known cases of the virus in more than three months, and authorities on Wednesday were awaiting the test results of four more people they suspect have infections – two work colleagues and two relatives of those in the house.

Ashley Bloomfield, director general of health, said: “We are working hard to put together the pieces of the puzzle on how this family got infected.

“We know the virus can survive within refrigerated environments for quite some time,” he told a news conference.

He said one of the people who tested positive works at an Americold food cold-storage facility in Auckland, which was being swabbed to check if it was a possible source of the infections.

The US company that owns the refrigerator unit told the New Zealand Herald the infected man had been on sick leave for several days and all employees have been sent home to be tested.

China has previously claimed COVID-19 has been detected on packets of imported frozen seafood.

The World Health Organisation (WHO) says there are no confirmed cases of coronavirus being transmitted through food or packaging, but notes it can stay on plastic for 72 hours.

Two of the other people in the family travelled to the city of Rotorua while suffering symptoms and visited several tourist attractions, Mr Bloomfield added.

People there are also being told to exercise caution.

The surprise emergence of the virus could impact the country’s general election, which is due to take place on 19 September.