Coronavirus: Why are wet markets still open in China amid coronavirus crisis?

Experts warn wet markets, where animals are butchered in front of shoppers, are a “ticking time bomb” and could lead to another outbreak of a disease similar to coronavirus. The disease is thought to have first leaped to humans from a wet market in Wuhan, China, which sold animals like bats, chickens and reptiles. Another coronavirus named SARS (Severe Acute Respiratory Syndrome), which broke out in 2002/2003 and led to the deaths of hundreds, was also believed to have originated in a wet market.

China has now banned the sale of wildlife for consumption under President Xi Jinping in a bid to protect “public health and ecological security”.

A number of countries in Asia, including Laos, Malaysia, Thailand and Vietnam, have a culture whereby it’s considered normal to sell exotic animals for human consumption at wet markets.

According to The Mirror and local sources, Tomohon market in Indonesia is still operating “business as usual”, despite the local mayor calling for a ban on wild meat.

Meanwhile, in Chatuchak, Bangkok, Thailand, a range of wild animals including African wild cats, tortoises and snakes all continue to be sold despite the coronavirus pandemic.

Monkeys, dogs, cats and bats are sold at the “Extreme markets” – nicknamed for their cruelty. 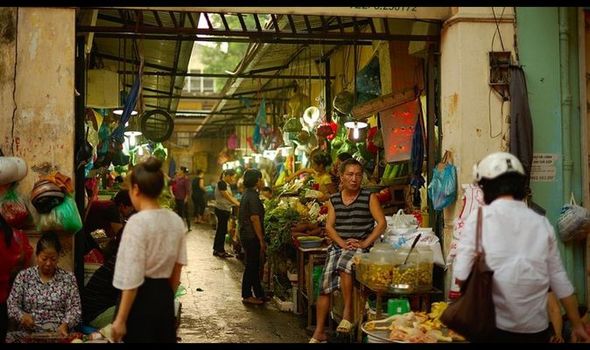 Traders often use a single knife to slaughter all the animals, regardless of contamination from blood or faeces, before selling on body parts in other countries.

In the town of Mong-La, Burma, near the Chinese border, drugs, wildlife and women are notoriously trafficked.

The town’s markets sell a selection of body parts ranging from endangered species, including tiger skins, bear paws and pangolin scales – which are considered an invaluable item in Chinese medicine.

Professor Andrew Cunningham from the Zoological Society of London has called for an international ban on wet markets and insists species which don’t usually mix in the world are much more prone to catching viruses from one another.

Both COVID-19 and SARS are understood to have originated in a bat. 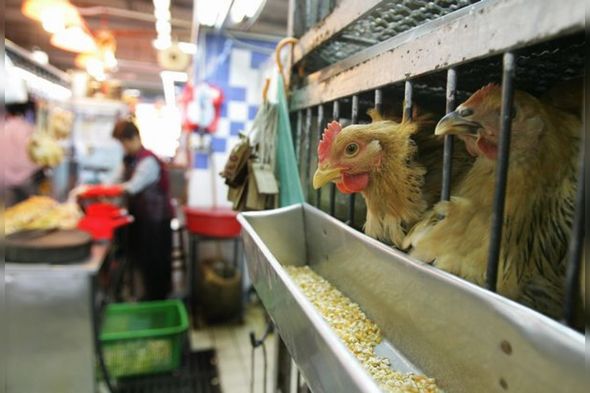 Professor Cunningham said the extreme stress the animals are put under highly increases the chances of virus shredding.

He told the Mirror: “Where live animals of different species are brought together and held in overcrowded and unhygienic conditions, the likelihood of an animal being present that carries a potentially zoonotic virus (which are passed from animal to humans) is increased.

“The highest priority for the protection of the human health is to ban wet markets.”

The trade is believed to be worth around £58billion a year and there are fears the powerful industries could influence Asian politicians to keep them open.

China has shut down around 20,000 of these sites, similar to the procedures taken after the SARS outbreak. 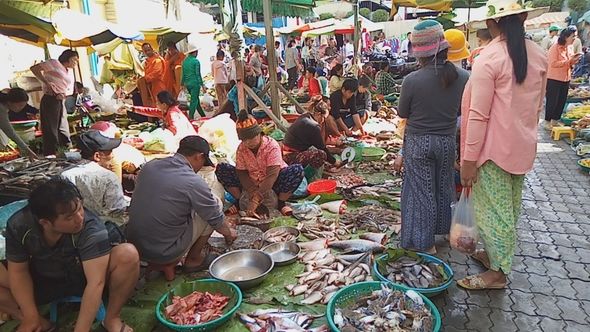 “The way to prevent further outbreaks is to stop the trade. China has put in place a ban, but this needs to be permanent as it is the biggest importer of wildlife in the world.

“Most wildlife is trafficked by gangsters. This is not a regulated trade so no wonder there are infections and the viruses spreading.

“HIV, SARS and bird flue all came from animals and now this one too. These markets are ticking time bombs.” 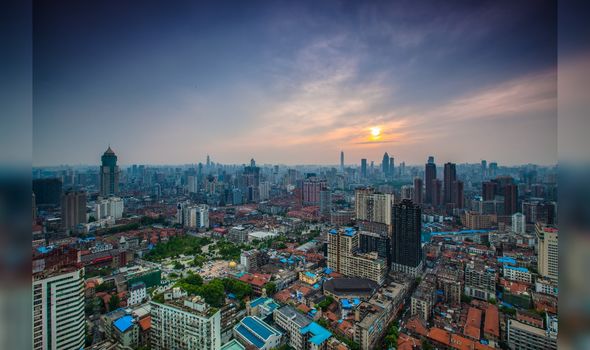 The Vietnamese Government has ordered its officials to draft a legal ban on wildlife markets following pressure from the rest of the world.

An estimated 20,000 markets in China are believed to have been closed down.

Jerry Flocked from the Humane Society International said that “it would be a grave mistake to think that the threat is isolated to China.”

He added: “Wildlife markets across the globe, but particularly in Asia and Africa, could easily be the start of disease outbreaks in the future.”