The capital’s authorities have asked for the army to be brought in to help set up and run coronavirus health facilities in New Delhi.

Our Sky News team spent the day in a New Delhi hospital and found the doctors in a continuous desperate search for supplies – despite the central government urging its citizens not to panic and insisting it was sorting out the oxygen shortage. 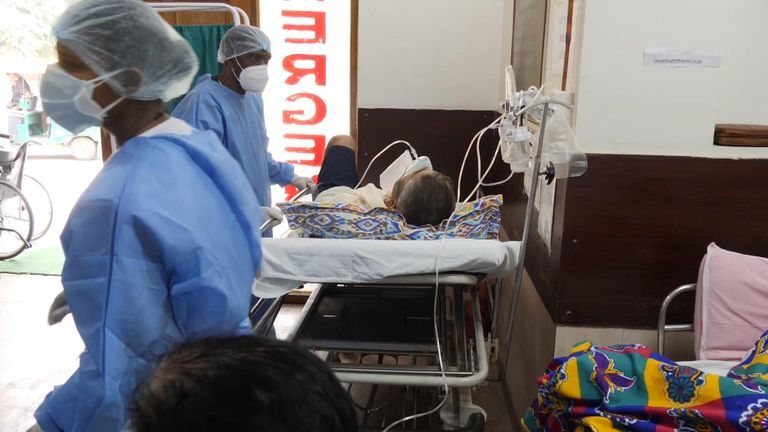 The head of the hospital told us the crisis should be treated like a major national disaster – “like an earthquake or something” – and a huge international effort should get under way with doctors, nurses, medicines and ventilators sent out to India immediately.

An international aid effort has swung into action but so far there’s little evidence of it making much difference on the ground where a devastating wave of coronavirus cases is still rampaging through the world’s second most populous country.

And the head of the biggest vaccine manufacturer, Adar Poonawallar from the Serum Institute of India, said it was not possible to ramp up production overnight as many vaccination centres throughout the country said they had run out of stock or halted their programmes.

We found an incredibly packed intensive care unit at the Holy Family hospital in New Delhi with every available space taken up with patients.

The hospital’s emergency department too was full to bursting with patients lined up on chairs attached to oxygen cylinders because there weren’t even any spare gurneys for them to rest on.

Outside there was a constant stream of ambulances and vehicles bringing sick people to the department entrance. 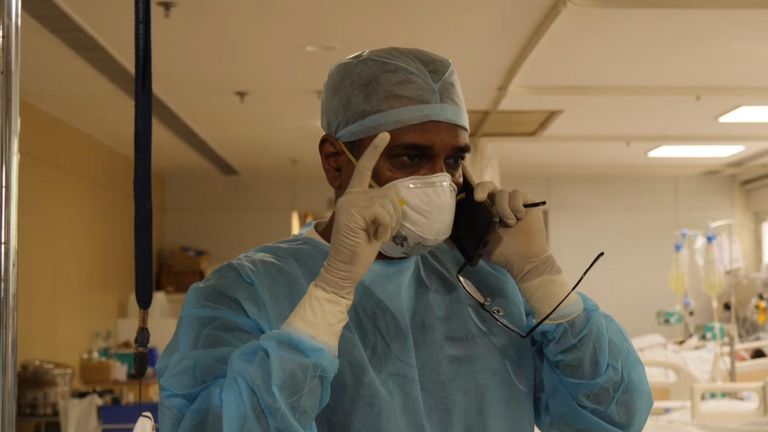 The entire time we were with Dr Ray, who is head of the intensive care unit as well as the hospital, he was engaged in constant telephone calls urging staff to put out SOS distress calls for more oxygen supplies and trying to track down suppliers.

“The pressure is dropping,” he could be heard repeatedly saying down the phone line. “It’s a constant battle,” he told us as he returned to pressing numbers rapidly into his handset.

As I listened to a range of doctors ringing into a television news programme, they were lining up to make the same warnings: “This is a disaster.” “We cannot cope.” “No country could cope with these overwhelming numbers.” “We need ventilators, medicines, beds, staff.”

It goes on and on. 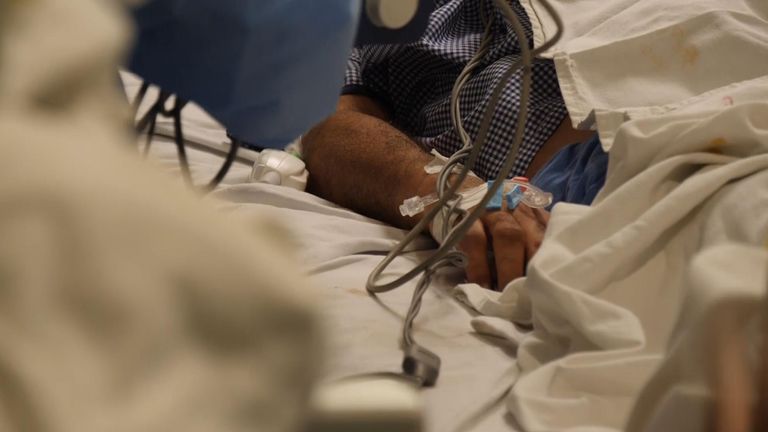 The trajectory of the disease is such that the medics believe the next two weeks are likely to get even worse with more of a stress on the country’s health services as people get sicker and turn to the hospitals for help.

“If you don’t have a ventilator for a patient who needs a ventilator, how will you save them?”