The pandemic has set back public health by years, but in an interview with The Times, the tech philanthropist expressed hope about new avenues for foreign aid.

The Australian state of Victoria, the center of the country’s outbreak, reported no new coronavirus deaths for the first time in more than two months.

Here’s what you need to know: 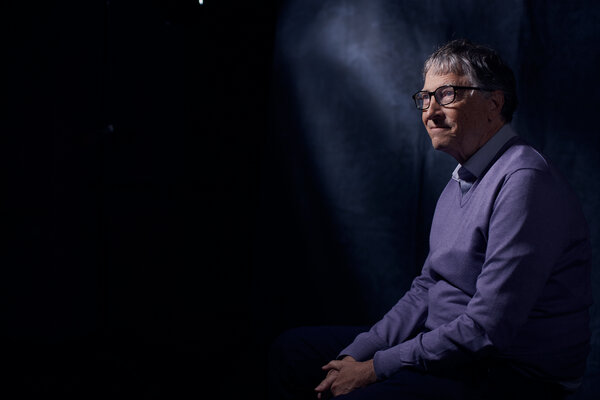 Bill Gates is pushing Congress to spend $4 billion on vaccinations for poor countries.

On Monday, the Bill and Melinda Gates Foundation released the fourth of its annual Goalkeeper reports, which track the slow but steady progress the world has made toward more than a dozen health-related goals set forth by the United Nations in 2015.

This year’s report, which Mr. Gates discussed in an interview with The New York Times, was unrelentingly grim. Not since 1870 have so many countries been in recession at once, it says.

Between 1990 and 2020, the percentage of the world’s population living in extreme poverty, which is now defined as living on less than $2 a day, shrank to less than 7 percent from 37 percent. In just the past few months, 37 million people have fallen back below the line, the report estimated.

One of the starkest conclusions in the report is that nearly twice as many deaths could be prevented if Covid-19 vaccines were distributed to all countries based on their populations rather than to the 50 richest countries first.

The assessment comes as the United States, stung harder by the virus than any other country, is retreating from the global health stage and seems focused primarily on saving itself.

“It’s my disposition,” he said. “Plus, I’ve got to call these people up and make the pitch to them that this really makes sense — and I totally, totally believe it makes sense.”

By “these people,” he was referring to leading figures in the White House and Congress, whom he has personally lobbied to do “this”: namely, add an extra $4 billion to the fiscal stimulus package now under debate in Congress so that poor countries can get Covid-19 vaccines.

Ultimately Mr. Gates’s goal is far more ambitious: to double American foreign aid from less than 0.25 percent of gross domestic product to 0.5 percent or more. He sees the pandemic as an opportunity to do that.

“As they say,” he added cheerily, “the U.S. government — after it’s tried every other thing — does the right thing.”

As he did in Silicon Valley while battling competitors and antitrust regulators, Mr. Gates, the co-founder of Microsoft, can calculate his chances of success with a ruthless logic.

That has rarely been as true as it is now, as a once-in-a-century pandemic devastates the impoverished countries where he focuses his giving.

The damage has been wrought less by the virus — so far it has killed much smaller percentages of the populations of Asia and Africa than of the Americas and Western Europe — than by the economic impact, which has been far greater in countries where people and governments “have no spare reserves to draw on,” Mr. Gates said.

The Asian Development Bank said on Tuesday that developing economies across Asia would contract 0.7 percent this year, the first contraction in the region since the early 1960s. The bank said that depending on how the poverty line is defined, the pandemic would increase the number of people living below it by 78 million or 162 million, reversing three to four years of progress.