Olympic organisers have released a ‘playbook’ of rules for athletes and officials to follow to protect the Games from coronavirus.

Rules for the Tokyo Olympics this summer include a ban on officials using public transport without permission and the wearing of masks “at all times except eating or sleeping”.

And fans have also been looped into the list of regulations – being told not to sing or chant to support athletes.

Live COVID updates from UK and around world 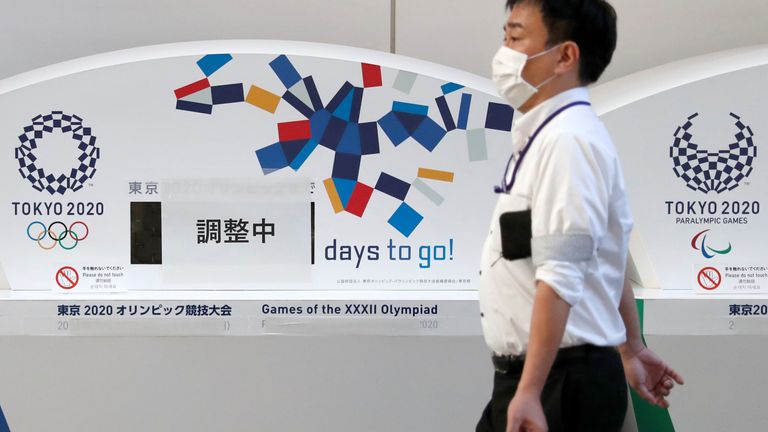 They said safety would be their “utmost priority”.

More than 15,000 Olympic and Paralympic athletes and tens of thousands of others will be in Tokyo for the Games, which were postponed from last summer.

The playbook is about creating safe bubbles in Tokyo, and will be constantly updated with changing protocols as the 23 July opening gets closer.

But persistent clusters of infections in Japan have raised questions about the feasibility of holding the Games this year and eroded support for the extravaganza among a public nervous about athletes and spectators bringing in new cases.

Infections in Japan rose to new highs in early January, triggering a state of emergency in Tokyo and some other areas. However Japan has fared better than some other countries in the struggle against the virus.

As of last Wednesday, 73% of beds available in Tokyo for COVID-19 patients were full, with 2,933 people.

The government is determined to hold the showcase event, partly to herald what it hopes will be the end of the pandemic.

Last month the British Olympic Association had discussed the possibility of securing athletes a COVID-19 vaccination before the event’s opening on 23 July.

The Paralympics are scheduled to open on 24 August.