The powerful storm has left authorities scrambling to cope with rescue and relief efforts amid growing concerns of a hike in coronavirus case numbers. The Indian state of West Bengal was the hardest-hit area, with the cyclone barrelling out of the Bay of Begal.

The winds of up to 115 mph (185 kmph) and a storm surge of around five meters destroyed thousands of homes, leaving many without a roof over their heads.

West Bengal Chief Minister Mamata Banerjee said at least 10 people had died, and two districts been destroyed entirely by one of the strongest cyclones to affect the region in several years.

“Area after area has been devastated. Communications are disrupted,” Ms Banerjee said.

She added that that although 500,000 people had been evacuated, state officials had not entirely forecasted the strength of the cyclone. 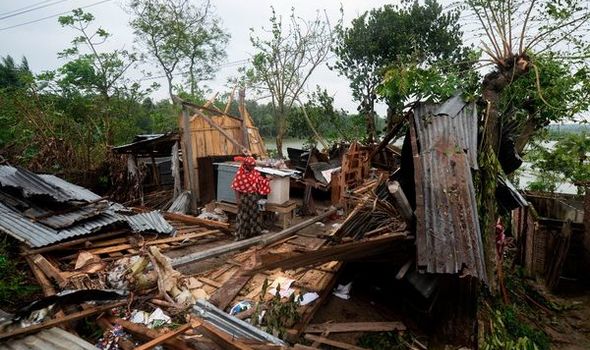 With ongoing downpours, she said the hardest-hit regions were not immediately reachable.

Federal officials said they could only make a thorough assessment of the damages on Thursday morning.

“We are facing greater damage and devastation than the CoVID-19,” Ms Banerjee said.

In Kolkata, West Bengal’s capital city, strong winds overturned vehicles and blew down trees and electricity poles. Some areas of the city were left without electricity.

READ MORE: Coronavirus warning – the smelly symptom that could be COVID-19 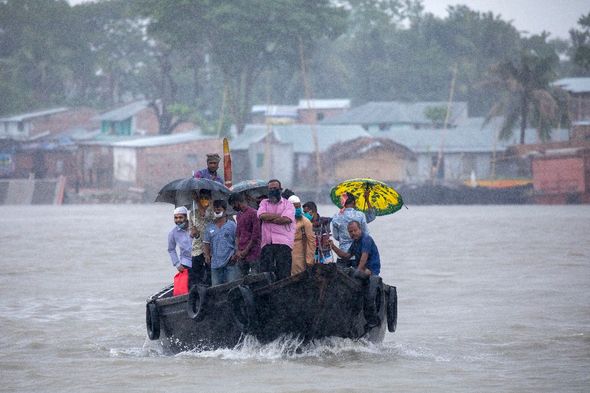 Thousands of mud houses were destroyed by raging winds, according to an official in the adjoining Hooghly district.

In Bangladesh, officials announced at least four people were killed and there were power cuts in some districts.

Around 2.4 million people had been evacuated there to over 15,000 storm refuges this week.

Bangladeshi authorities also said they had shifted hundreds of Rohingya refugees from Myanmar, living on a flood-prone island in the Bay of Bengal, to refuge. 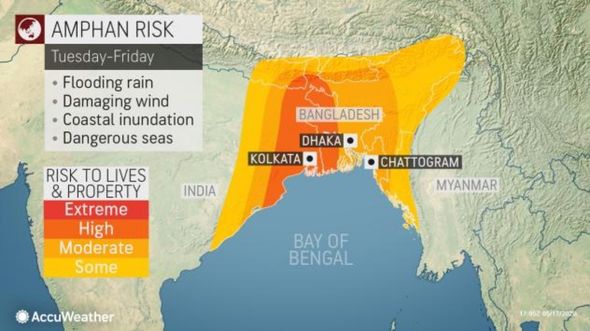 But authorities said they feared that standing crops could be lost and large areas of fertile land deteriorated.

Mizanur Rahman Khan, a senior official in the Bangladesh agriculture ministry, said: “Fortunately, the harvesting of the rice crop has almost been completed.

“Still it could leave a trail of destruction.”

Cyclones often hit areas of eastern India and Bangladesh between April and December. 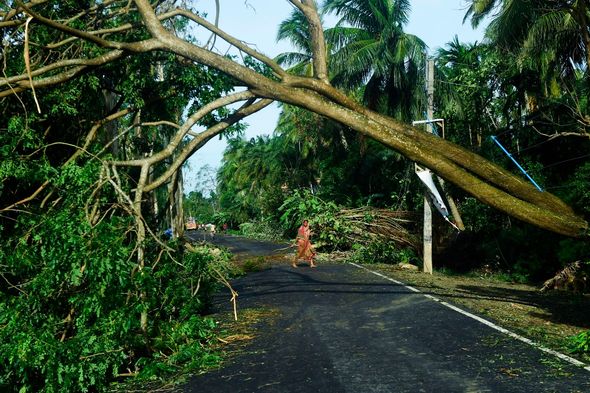 These storms are frequently the cause the evacuations of tens of thousands of people and extensive damage.

Ahead of the storm’s landfall, local authorities in West Bengal and Odisha in coordination with the National Disaster Response Force (NDRF) evacuated people in vulnerable areas by the coast.

The NDRF chief S N Pradhan said: “It is for the first time that we are having to face two disasters simultaneously.“We are facing a dual challenge of ‘cyclone in the time of Covid-19’. We are taking action according to the enormity of this challenge.”

Mr Pradhan added: “Based on our experience during cyclone Fani, all the teams are equipped with tree and pole cutters for post-landfall restoration, if the need arises.

“In view of the prevailing Covid-19 scenario, all teams are equipped with personal protective equipment (PPE).”