Kherson, a port city on the Black Sea, sits just northwest of the Russian-annexed Crimean peninsula. It was occupied during the first week of Russia’s invasion of Ukraine, which began in February, and a large part of the local population has left the region.

According to the reports, mayor Ihor Kolykhayev’s arrest comes amid growing efforts by the Russian-appointed authorities in the region to strip it of Ukrainian associations, as well as occasional assassination attempts against people collaborating with the Russians.

CNN reported that Kateryna Gubareva, an official in the interim administration of the Kherson region, said late Tuesday: “I confirm that Kolykhaiev was detained by the commandant’s office.”

Halyna Lyashevska, an adviser to Kolykhayev, said the mayor was abducted after refusing to cooperate with Russian occupiers of the Ukrainian.

Ms Lyashevska said on her Facebook page: “This morning, the mayor of Kherson Ihor Kolykhayev came to one of the utility facilities where the remaining employees of the city council were working.” 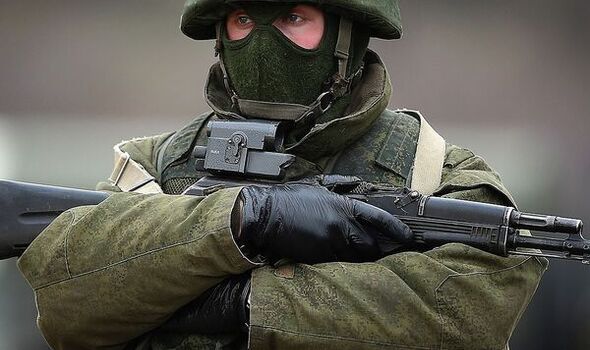 Mr Kolykhaiev remained in the city throughout the occupation, but the Russian-backed authorities had removed him from office.

Speaking about his arrest, Kirill Stremousov, deputy head of the military-civilian administration of the Kherson region, said Kolykhaiev had “posed as a benefactor” but “made every effort to ensure that some people continued to believe in the return of neo-Nazism.”

He told CNN: “I believe that just retribution will come to all those who want blood, death and war.”

He said: “We even have Nazis in some areas who control administrations. What prevents [us] today from cleaning up these Nazis and accomplices of fascism?”

Mr Kolykhaiev had continued in office for more than two months after the Russian invasion.

In April, he told Ukrainian television: “I have no information about the so-called Kherson People’s Republic. Representatives of local authorities in Kherson are at their workplaces in the city administration.”

Kolykhaiev’s arrest follows a visit on Monday to Kherson by a member of the Russian parliament, Alexandr Boroday, a former Prime Minister of the self-declared Donetsk People’s Republic.

Boroday said he had left “with an ambivalent impression, because we understand that somewhere, of course, the city is ours, and somewhere — not quite ours”.

“There is our mayor in Kherson, and there is also the pro-Ukrainian mayor.

“It seems there is our administration with Vladimir Saldo [the Russian-appointed mayor], but at the same time Kherson lives a very double life.”