Twitter introduced a fact check and warning system on it’s platform for the first time in May. The social media company issued it’s first ever warning on a tweet by President Trump, also about protestors for Black Lives Matter.

President Trump posted a warning to protestors in Washington D.C. on Tuesday that violated Twitter’s rules on violent and abusive behaviour.

He wrote: “There will never be an “Autonomous Zone” in Washington, D.C., as long as I’m your President.

“If they try they will be met with serious force!”

The president is referring to St. Johns Episcopal Church near the White House, where protestors are attempting to emulate Capitol Hill in Seattle, which was declared a “Black House Autonomous Zone”. 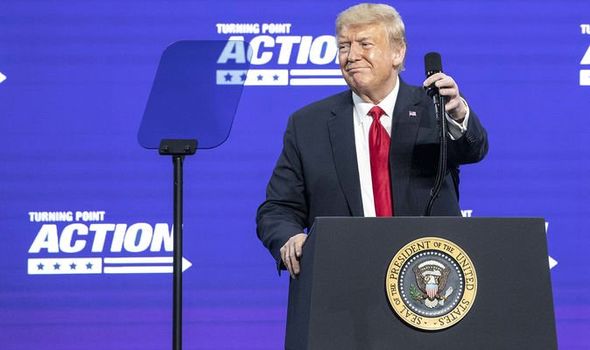 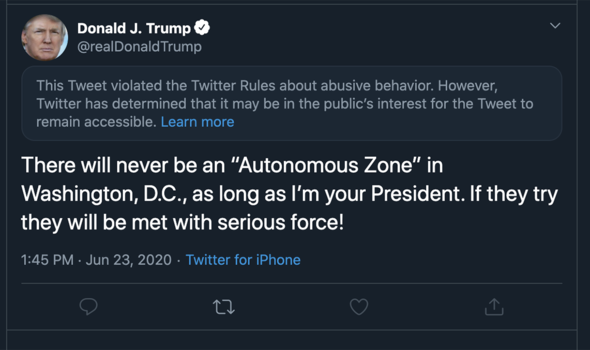 The autonomous area in Seattle was established by protestors after police vacated their precinct building in the area.


It was established on June 8, and president Trump reacted by threatening national action.


He wrote on Twitter on June 11: “Radical Left Governor Jay Inslee and the Mayor of Seattle are being taunted and played at a level that our great Country has never seen before.


“Take back your city now.” 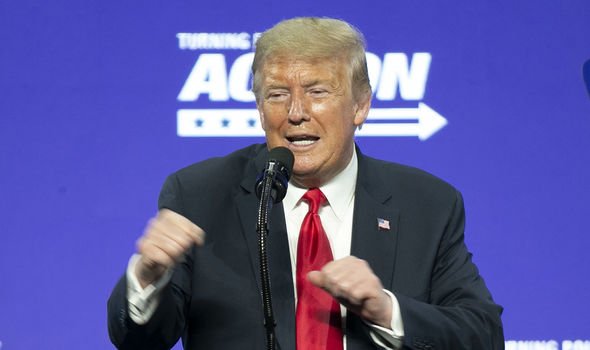 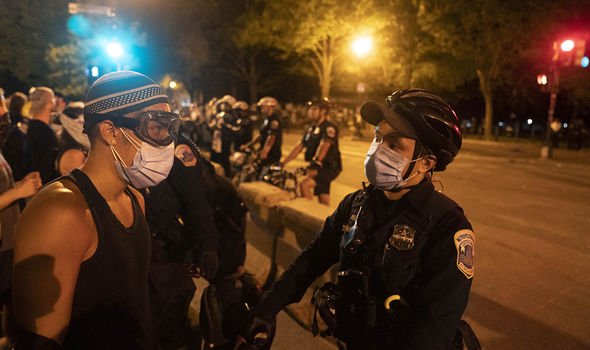 Police cleared the site in Washington on Tuesday, and have now blocked access.


Twitter has slammed Trump’s tweet with it’s second ever warning, hiding it behind a “public interest” notice.


They claim that the post included a threat of harm against an identifiable group.


A Twitter spokeswoman said teams within the company’s safety division informed Chief Executive Jack Dorsey of the decision before applying the notice.


Fact checks were places on Trump’s posts about mail-in ballots being fraudulent on May 26.


The first warning was introduced by Twitter on Trump’s tweet saying “when the looting starts, the shooting starts” on May 29.


In response to Twitter’s warnings and fact checks, Trump announced plans to scrap or weaken a law that has protected internet companies in order to regulate social media platforms more aggressively. 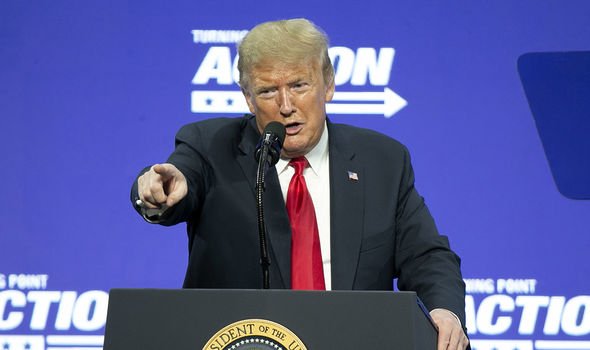 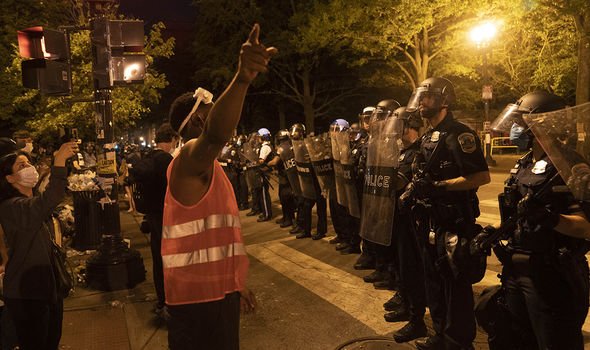 The warning follows Trump’s announcement that he has authorised police to arrest anyone who vandalises or destroys statues.


On Monday night, anti-racism protesters tried to pull down a statue of Andrew Jackson near the White House.


Officers in riot gear moved in and used pepper spray to disperse the activists before they were able to topple it.


The president told reporters he would “have an executive order shortly that will reinforce what is already there but in a more unified way”.