George Floyd died while in police custody on May 25 in Minneapolis. The death triggered a nationwide outburst at anger at police brutality, leading to protests in major US cities. Protestors have been causing extensive property damage, with some rioting and lotting businesses.

US President Donald Trump expressed his gratitude to the National Guard deployed at the epicentre of the protests.

He wrote on Twitter: “Congratulations to our National Guard for the great job they did immediately upon arriving in Minneapolis, Minnesota, last night.

“The Antifa-led anarchists, among others, were shut down quickly. 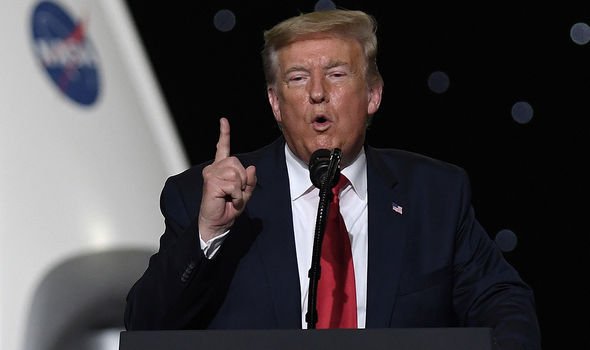 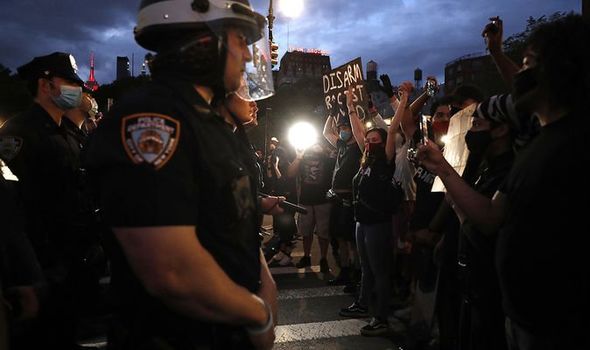 He also declared his intention to label Antifa, a loose collective of left wing anti-facist organisations, as a terrorist group.


For days now, Mr Trump and others in his administration have blamed Antifa and other left-wing elements for violent clashes with police at demonstrations across the country.


Mr Trump also thanked his Secret Service for guarding the White House from agitators protesting at the fence of the executive residence.


He said: “They were incredible last night at the White House.


“They handled that group of Antifa, or whoever they were — radical left.


“They handled it very well.” 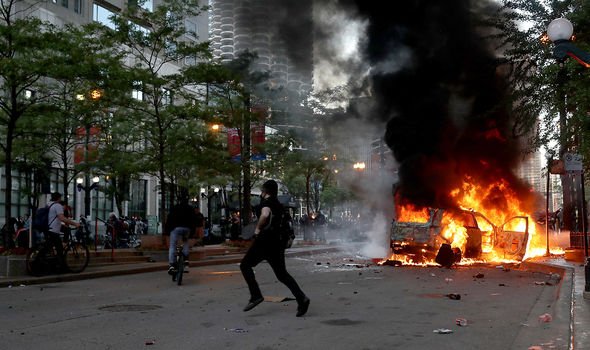 Attorney General William Barr echoed Trump’s statement that protestors are responsible for the violence in the protests.


Specifically, Barr has referred to those crossing state lines to participate in violent rioting is a felony, which is charged at the federal level.


Mr Barr said in a statement released by the Justice Department on Saturday: “Unfortunately, with the rioting that is occurring in many of our cities around the country, the voices of peaceful protests are being hijacked by violent radical elements.


“In many places it appears the violence is planned, organised, and driven by far left extremist groups and anarchic groups using Antifa-like tactics.”

On Saturday, Tim Walz, the governor of Minnesota, mobilised the state’s National Guard after claiming protests over the death of George Floyd had been hijacked by extremists, domestic terrorists and possibly even foreign forces.

He said: “The situation in Minneapolis is no longer in any way about the murder of George Floyd.


“It is about attacking civil society, instilling fear, and disrupting our great cities.” 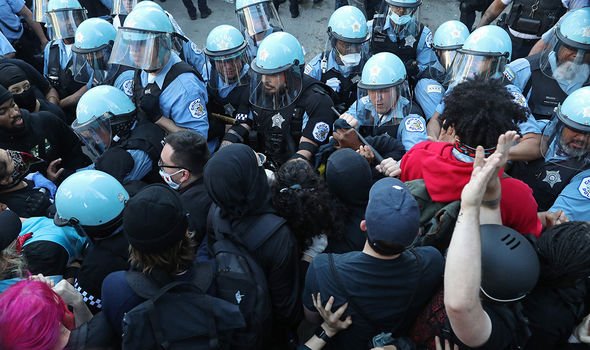 President Trump has been condemned for his response to the protests, in particular him saying: “When the looting starts, the shooting starts.”


In response, Trump said: “Looting leads to shooting, and that’s why a man was shot and killed in Minneapolis on Wednesday night – or look at what just happened in Louisville with 7 people shot.


“I don’t want this to happen, and that’s what the expression put out last night means.”


“It was spoken as a fact, not as a statement.


“It’s very simple, nobody should have any problem with this other than the haters, and those looking to cause trouble on social media.


“Honour the memory of George Floyd!”