The president’s press secretary was displaying a paycheque belonging to Mr Trump after he said he would donate his quarterly paycheque to the Department of Health and Human Services. Mr Trump said his quarterly presidential paycheque would be used to “support the efforts being undertaken to confront, contain and combat the coronavirus”. When Mrs McEnany held up the $100,000 cheque in front of reporters at the White House it showed the president’s banking details on the rear of the document.

About the donation a White House administration statement said: “Today his salary went to help advance new therapies to treat this virus, but leave it to the media to find a shameful reason not to simply report the facts, focusing instead on whether the check is real or not.”

Mr Trump’s bank account could now be under threat from hackers.

Mike Chapple, a teaching professor of information technology at the University of Notre Dame, explained why a large promotional check was usually used on television.

Mr Chapple said: “They’re not only a nice prop onstage, but they also omit the sensitive account information that normally appears at the bottom.

“The rest of us should play it safe and keep our account numbers to ourselves.” 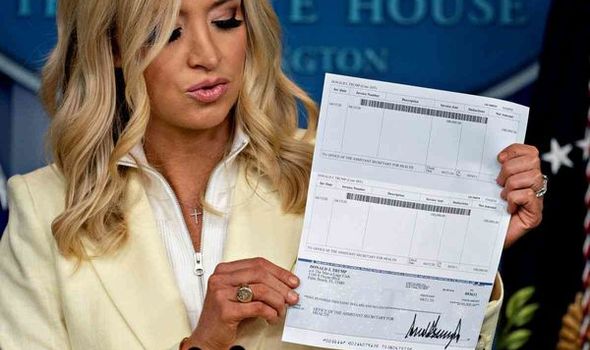 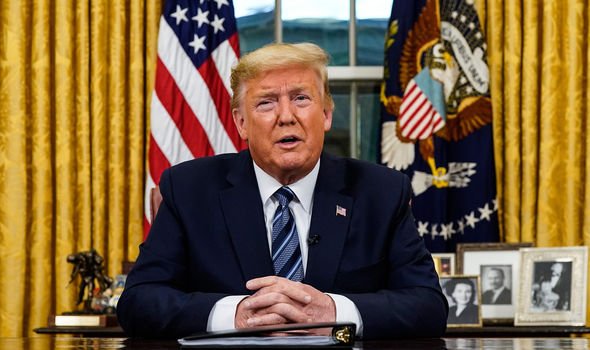 The donation comes as Mr Trump comes under investigation for payments that reveal he has an unprecedented and still partially hidden business relationship with his own government.

Documents that reveal this business relationship include bills from Trump’s Mar-a-Lago Club in Palm Beach, Florida, showing charges for 177 additional nightly room rentals in 2017, 2018 and 2019.

These charges were for secret service personnel that must accompany the president when he travels to Mar-a-Lago. 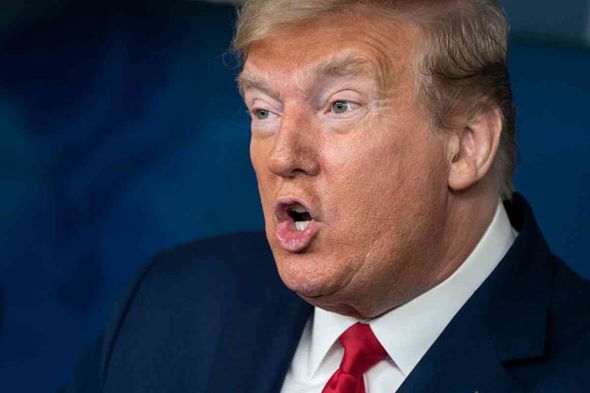 In defence of the unprecedented business interests interfering in the US government, Mr Trump’s son Eric Trump, who is helping to run the Trump Organisation while his father is in the White House, suggested in an interview last year with Yahoo Finance that the company charges a very low rate to federal employees accompanying the president.

Eric Trump said: “If my father travels, they stay at our properties for free – meaning, like, cost for housekeeping.”

The rate charged to the Secret Service at Mar-a-Lago was more than double what the club charged another government customer, a visiting official from the Department of Veterans Affairs, according to VA records.