Order to extend restriction of movement comes amid rising death toll and delays to a planned mass testing programme. 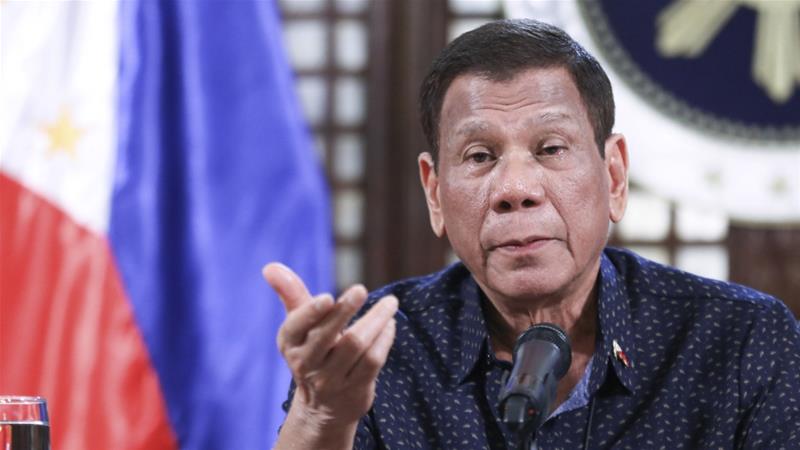 Philippine President Rodrigo Duterte has extended until April 30 a partial lockdown of the country, affecting an estimated 57 million people in the northern island of Luzon, his cabinet secretary announced on Tuesday.

The “enhanced community quarantine”, which Duterte declared in mid-March to help contain the spread of the deadly coronavirus, was to end on Sunday, April 12.

In a televised address late on Monday night, Duterte hinted at the decision when he said he was “inclined” to extend the lockdown until the end of April.

However, Duterte said, the country does not have enough funds to sustain an extended lockdown and pleaded for financial support from private businesses.

But on Tuesday, Cabinet Secretary Carlo Nograles said the decision to extend the lockdown had been made, on the recommendation of an inter-agency committee formed to address the health emergency.

The lockdown of Luzon, the country’s largest island, has been in place since March 17. It was seen as an expansion of an earlier order covering only Metro Manila, the sprawling capital with a population of more than 12 million people.

Since then, provincial and town executives in the rest of the country have also implemented their own versions of the lockdown, putting virtually the entire country of more than 104 million under quarantine, with commercial aviation and shipping banned and land transportation under restrictions.

Aside from the lockdown, the Philippine Congress has also approved legislation giving Duterte special powers to handle the crisis, as well as more than $4bn in government funds to support the healthcare system and provide financial aid to those who have lost their jobs.

As of the end of Monday, there were an estimated 3,660 coronavirus infections and 163 deaths in the country. The Philippines recorded the first coronavirus death in the world outside of China in early February.

The government has announced that it will carry out mass testing for coronavirus from April 14.

However, the delay in the implementation of the programme has drawn criticism, with health experts saying that the disease could be spreading among the population without being detected.

The Duterte administration has also come under fire for the inadequate supply of protective gear for healthcare workers, after reports that at least 18 doctors and two nurses have died from the infection.

Duterte also drew condemnation from critics and rights groups, after he said those who violated the government’s lockdown order and threatened the lives of the security forces should be shot dead.

Meanwhile, Nograles said despite the extension of the lockdown, Duterte would still have the authority to decide whether to “relax” some of the restrictions depending on “public health considerations” and “food security” factors.

More than 1.3 million people across the world have been confirmed to have the coronavirus and nearly 75,000 have died. At least 277,000 have recovered from the disease.