MANILA (Reuters) – Lawyers and human rights activists in the Philippines have raised the alarm over a new anti-terrorism bill pushed by the President Rodrigo Duterte, warning of draconian and arbitrary provisions that could be abused to target his detractors. 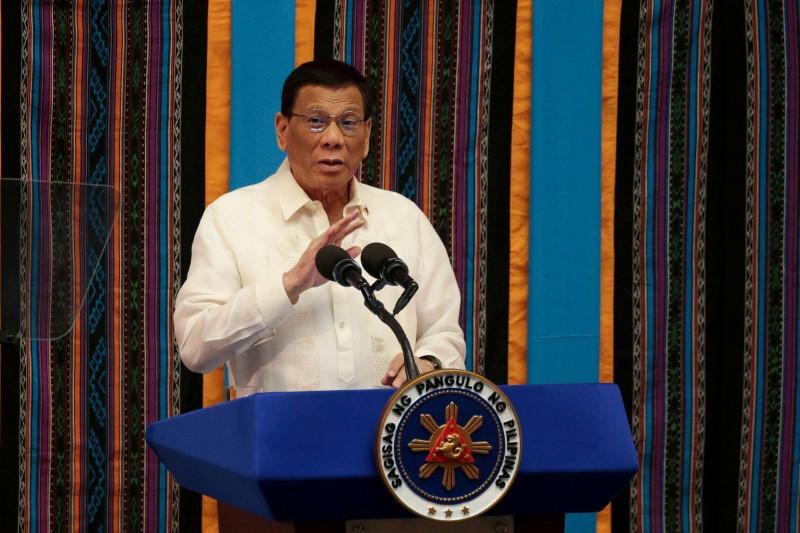 Duterte, who has drawn international criticism for his bloody war on drugs and his human rights record, is trying to expedite the passage of a law that expands the definition of terrorism and bolsters police powers of surveillance, arrest and detention.

Opponents of the bill fear it could be used to suppress free speech and harass those who challenge Duterte, who commands a legislative majority and influence within the judiciary and state institutions.

“We think this is against the constitution,” said human rights lawyer Jose Manuel Diokno. “Given the broader definition of terrorism, the administration’s critics could be tagged as suspected terrorists.”

The bill authorises the government to wiretap suspects, arrest them without warrants and hold them without charge for 14 days, among others provisions.

Opposition lawmaker Edcel Lagman criticised Duterte for prioritising the passage of a bill he described as “draconian” over an economic stimulus package pending congressional approval, which aims to help mitigate the impact of the coronavirus pandemic.

Duterte was “tightening the noose on suspected terrorists at the expense of the protection of human rights and civil liberties,” said Lagman who is also a human rights lawyer.

Presidential spokesman Harry Roque dismissed the criticism and said elements of the bill were patterned on those used in countries that had dealt effectively with extremism.

He said the five-month takeover in 2017 of the southern city of Marawi by militants loyal to Islamic State showed the extent of extremist influence in the country.

“Let us not forget, the remains of Marawi is still there,” Roque said.