The French President will look to hold onto power in next year’s election, but a recent local vote could cause concern for Mr Macron. Mr Macron’s ruling Republique en Marche party, which did not exist at the time of the last regional vote in 2015, failed to secure a single region of its own – in a humiliating set of results for the country’s leader. His rival in the French presidential election next year, Marine Le Pen, also saw her party suffer.

The far-right National Rally fell short across all of mainland France’s 12 regions.

Mr Macron has emerged as a polarising figure, highlighted when he was booed at a football match in 2019.

They were turned on by the supporters as they approached the ceremony podium – a sharp contrast with the admiration which greeted player of the match Megan Rapinoe by the 58,000 capacity crowd. 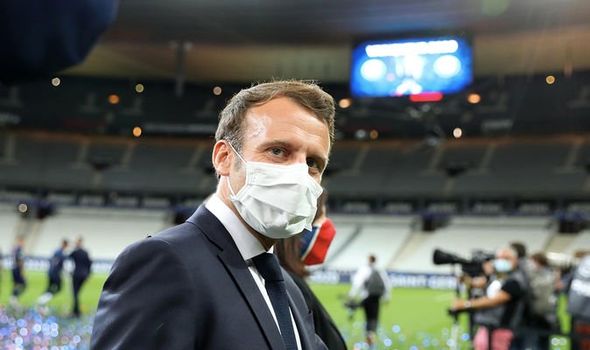 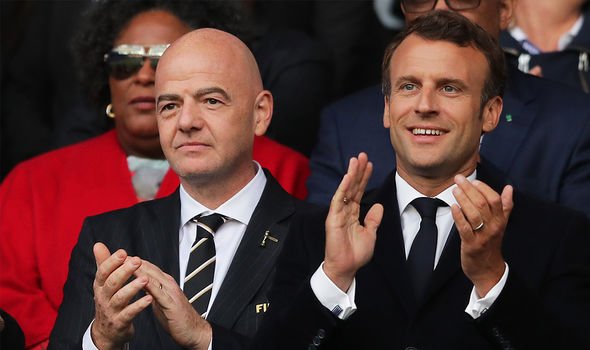 She was furious with FIFA for allowing the men’s Copa America Final and Gold Cup showpiece to take place on the same day as the women’s final.

She said: “It’s unbelievable to know all the people who put in so much in this group.

“We have all our families and friends here. It’s surreal. I don’t know how to feel right now. It’s ridiculous.”

It comes after Mr Macron was slapped in the face by a man during a walkabout last month. 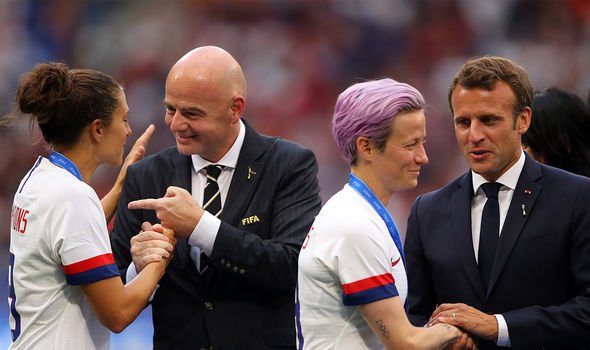 Security staff immediately intervened – two men were arrested following the incident, in which Mr Macron was not hurt.

Afterwards, the French leader said the assault was “an isolated act” that should be “put into perspective”.

He added: “We mustn’t let ultra-violent individuals take over the public debate… There can be no violence, no hatred, not in speech or action. Otherwise it’s democracy itself that is threatened.”

Mr Macron’s aggregated approval rating ticked down to 38 percent last month from 39 percent according to Politico, lower than the 62 percent approval Macron saw early on in his presidency and 43 percent just earlier this year.

A new face in French politics – Xavier Bertrand – has emerged hoping to also challenge in 2022. 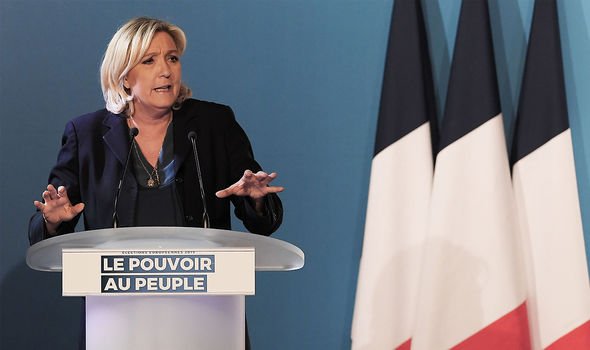 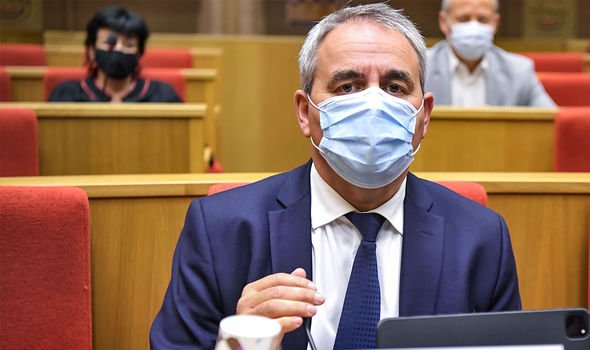 He is a politician from the centre-right Les Republicains party that won last month’s regional vote with around 52 percent of support in the northern region of Hauts-de-France.

He beat the candidate from the far right, who got around 26 percent of the votes, according to exit polls published by France’s interior ministry.

He said: “He is currently the best placed among potential right-wing candidates in the first round of the presidential election.

“Yet, the nomination (within Les Republicains) is still open and will take place only in the fall.”