The French President opened up on his views of the demonstrators in his book which was released last year, called ‘The People and the President’. It charts the birth and rise of the gilets jaunes in France culminating in the start of the “great debate” which took place around the country to address their demands. In the book, Mr Macron pledged to continue transforming France unless protesters “shoot me dead with a bullet”.

In an interview, the French President is cited as saying: “It is a gigantic collective failure for which I share responsibility. But I have three years to change that.”

He adds: “Lots of people were ashamed of their life, of not being able to make ends meet despite their best efforts. We’re the ones who should be ashamed.”

The gilets jaunes, or yellow vest movement, saw demonstrators hit out at fuel taxes initially, but this anger broadened to other issues.

The lower middle classes in France opposed Mr Macron as they saw him as a “president of the rich”, perceived as out of touch. 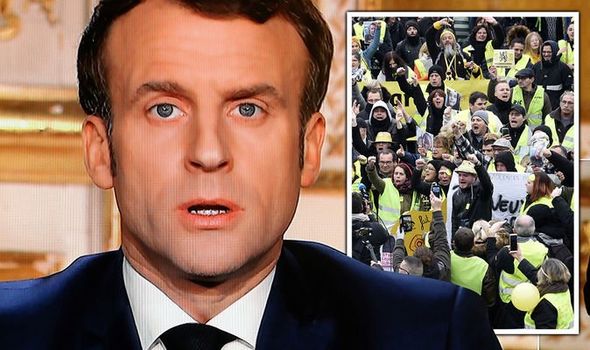 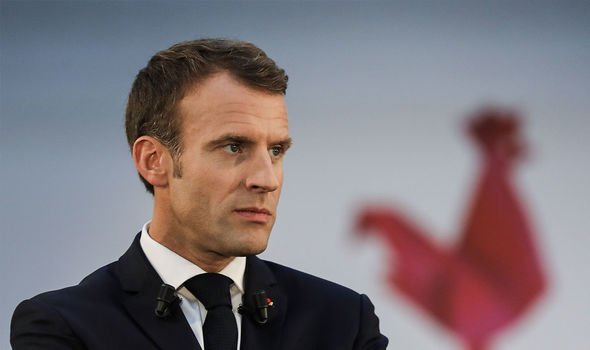 Mr Macron, whose comments on the “stubborn Gauls”, the unemployed and the poor infuriated swathes of the electorate, concedes he hadn’t realised he could no longer speak in the same “direct manner” he used during his electoral campaign.

The French President said: “Where I was wrong was, once president, people didn’t take it as conversation between equals.

“They said: ‘He’s the president.’ It was perceived as a form of humiliation.”

Mr Macron admitted that he underestimated the power of the movement at first because the demonstrations “were smaller than those against the reform of (national rail operator) SNCF”. 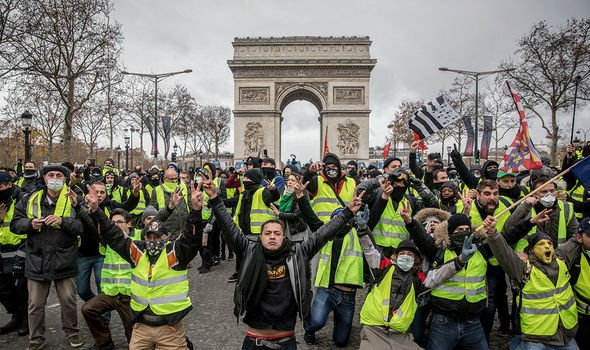 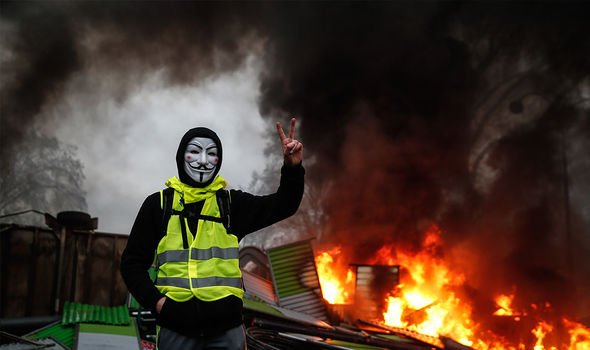 But the book cites one panicked top interior ministry official as fretting “we were within an inch of falling”.

That Saturday, furious yellow vests had managed to march within a stone’s throw of the Elysée Palace. Mr Macron, however, insisted: “The Republic never trembled.”

Asked what would be his message to protestors and those from similar socio-economic backgrounds, Mr Macron said: “I’m fighting for you.

“Who has supported me in the yellow vest crisis? Nobody. The French people chose me, not the Republic of parties. 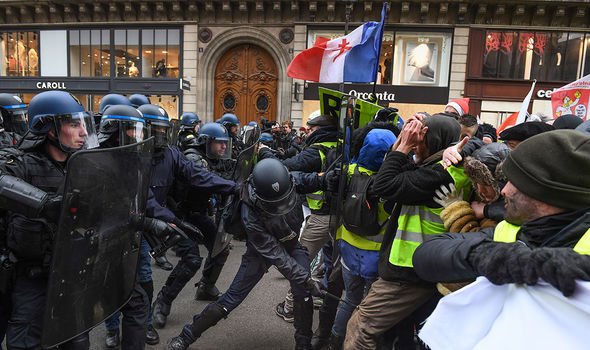 “I owe them everything. If I fail, I will have failed for them and with them. Never against them.”

Last year, Mr Macron tried to quell the storm with a huge £4.5billion tax cut for lower to average earners in France as pressure mounted from the gilets jaunes.

Mr Macron said he recognised the protesters’ “just demands” and “anger and impatience for change” and their feeling of not being taken into account by the “elites”, including the presidency, but public order must now be restored.

He added that although he respected the demonstrators who gathered at the start of the movement in November, it had “transformed progressively” and been marred by episodes of antisemitic violence, homophobia and rioting.