Athens deployed 23 US armoured vehicles to the Greek Aegean islands of Samos and Lesbos over the weekend, a move that Ankara claimed breached International agreements on keeping the territories demilitarised.

In response, President Erdogan said on Tuesday: “The weapons piled up in Western Thrace and on the islands make no sense to us because our strength far exceeds theirs, but we remind you that this means a covert occupation.”

The Turkish leader also accused Greece of harbouring terrorists, adding: “The murderers who shed the blood of our citizens are embraced in almost every country in Europe, particularly in the Lavrio camp in Greece. They can walk around freely by waving their arms.”

Pointing out President Erdogan’s escalating language, Twitter user The Greek Analyst noted a similarity between the Turkish leader’s choice of words with those used by Vladimir Putin ahead of Russia’s invasion of Ukraine.

He wrote: “Erdogan is pushing Turkey towards the brink of war with Greece, preparing the ground as Putin did vs Ukraine. 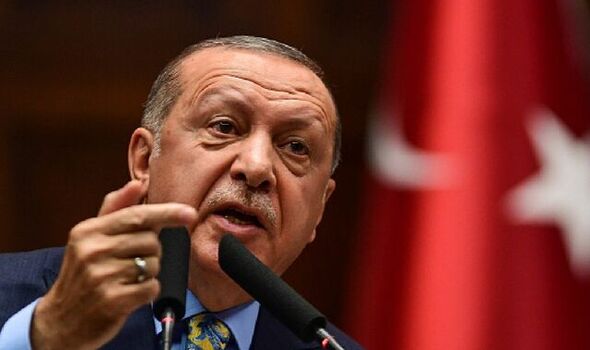 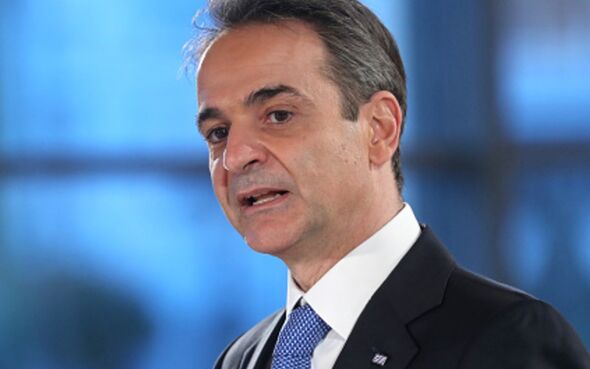 “A coordinated and sustained propaganda effort to question/discredit the legitimate and sovereign rights of Greek islands is now escalating to its most dangerous phase.’

Analysts at Eurointelligence echoed: “An aggressor who turns into a victim is most troubling for diplomacy. Focussing on what the other side does wrong keeps attention away from the scrutiny of one’s own behaviour.”

They added: “Turkey repeatedly argued that the militarisation of the islands challenges their sovereignty, as they sit so close to the Turkish coastline. Now claiming that this is occupation is one step further up the ladder of escalation.

“The question for Erdogan is how far is he willing to go to jeopardise his relations with the west. And how far the EU and the US will go to reprimand Turkey.

“These are unchartered waters of a cold conflict that has the potential for hot incidents, with wider ramifications for the EU and NATO.”

Greek Prime Minister Kyriakos Mitsotakis accused Turkey’s leadership of undermining peace and stability in the Eastern Mediterranean region at time of war but assured the Turkish people that Greece is not a threat to their country.

The two countries – NATO allies but historic foes – have been at odds for decades over a range of issues including where their continental shelves start and end, energy resources, overflights in the Aegean Sea, the status of demilitarised islands and divided Cyprus.

“Turkey’s leadership seems to have a strange fixation with my country. … They threaten that Turkey will come at night, if it so decides. This is the language of an aggressor,” Mr Mitsotakis said, during his address to the United Nations General Assembly.

“From the UN I would like to address … the Turkish people directly: Greece poses no threat to your country. We are not your enemies, we are neighbours,” he said. “Let us move forward.”

Long-existing tensions between the two countries have flared up recently. Greece complained to NATO and the United Nations this month over what it called “inflammatory” statements by the Turkish President.

Mr Erdogan accused Greece this week of “crimes against humanity”, referring to its treatment of migrants, and earlier this month of occupying islands in the Aegean Sea that have a demilitarised status.

Greece says Turkey is challenging the Greek sovereignty of the islands and is exploiting the migration issue.

“Greece will not be bullied by anyone,” Mr Mitsotakis said on Friday, adding that Ukraine is not the only country in postwar Europe to have been attacked and that Cypriots have lived since 1974 on a split island as a result of an illegal Turkish invasion.