The bloc’s single currency was as high as €1.1876 against the greenback almost a year ago on July 9, 2021, according to the latest statistics from Bloomberg. But fast-forward 12 months and the under-pressure euro has plunged to as low as €1.0186 and in danger of dipping below €1 which would prove to be an economic disaster for the European Union. In the past six months alone, the European single currency has fallen by more than €0.11 and over the past four weeks has plunged from a high of €1.07.

Today (Wednesday), the euro had already dipped by 0.78 percent, at the time of writing.

Twitter user “Gully Foyle #UKTrade” (@TerraOrBust) posted a picture of a chart showing the sharp fall in the euro against the US dollar.

They wrote alongside this: “In case this news hasn’t reached you for some reason.

“The euro has lost over 10% of its value against the Dollar in the past year, and is now approaching parity. 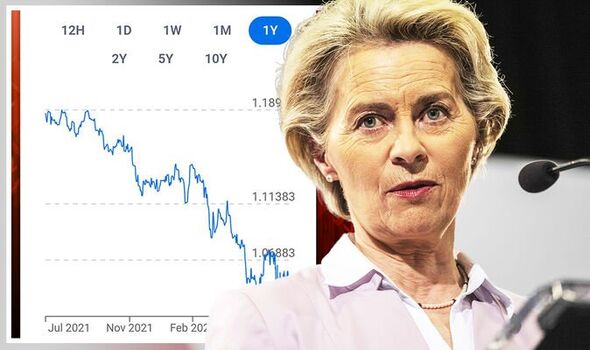 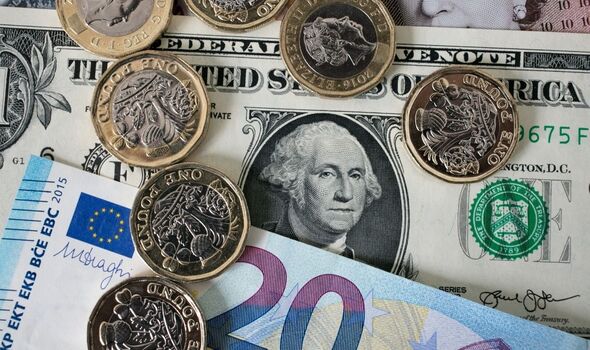 “Ask yourself – is it normal for you to not hear about this in the news? Would you expect to have done?”

Economic experts are painting a truly dire picture for the eurozone over the coming months, with one warning there is a possibility of the region slipping into economic decline in the third quarter.

The manufacturing sector is already in decline for the first time in two years, while the service sector has taken a heavy blow as a result of the ongoing cost of living crisis sweeping throughout Europe.

Chris Williamson, Chief Business Economist at S&P Global Market Intelligence, said: “The sharp deterioration in the rate of growth of eurozone business activity raises the risk of the region slipping into economic decline in the third quarter. 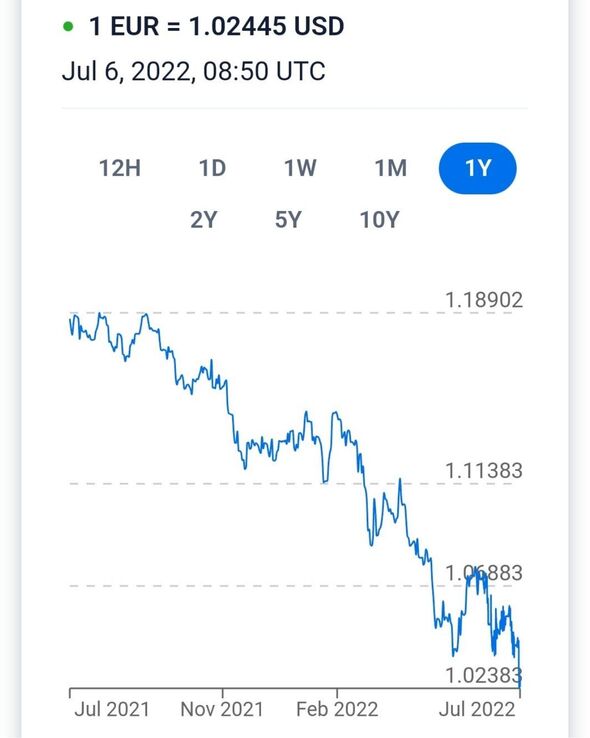 “The June PMI reading is indicative of quarterly GDP growth moderating to just 0.2 percent, with forward-looking indicators such as the survey’s new orders and business expectations gauges pointing to falling output in coming months.

He added: “The manufacturing sector is already in decline, for the first time in two years, and the service sector has suffered a marked loss of growth momentum amid the cost of living crisis.

“Household spending on non-essential goods and services has come under particular pressure due to soaring prices but business spending and investment is also waning in response to the gloomier outlook and tightening financial conditions.”

Last week Eurostat, the statistical office of the EU, warned in a brief report that euro area inflation is expected to jump to 8.6 percent in June – up from 8.1% in May, according to a flash estimate. 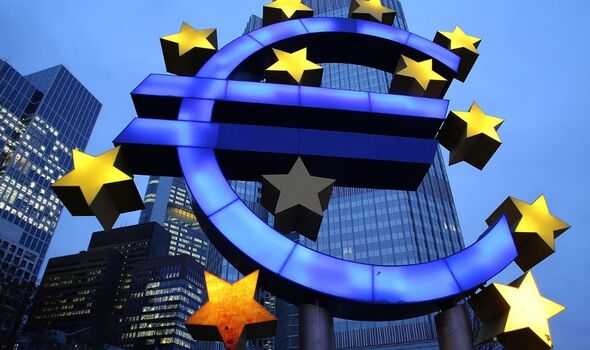 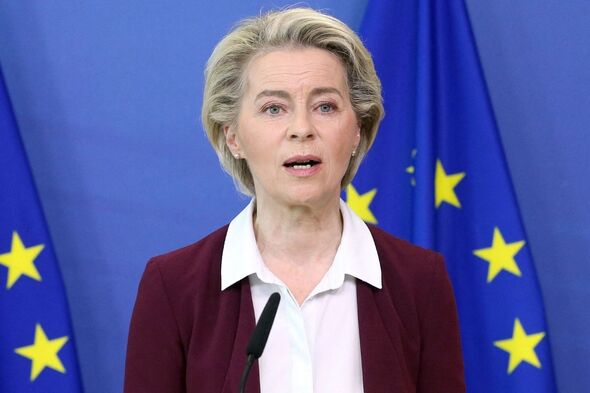 Like most major currencies around the world, the eurozone economy has been battered over recent months as a result of Russia’s continued brutal war in Ukraine.

This has seen inflation rates surge as hundreds of millions of people throughout the continent are now being faced to spend much more on everyday items than they previously had to.