BRUSSELS (Reuters) – Latin American drug lords have sent bumper shipments of cocaine to Europe in recent weeks, including one in a cargo of squid, even though the coronavirus epidemic has stifled legitimate transatlantic trade, senior anti-narcotics officials say. 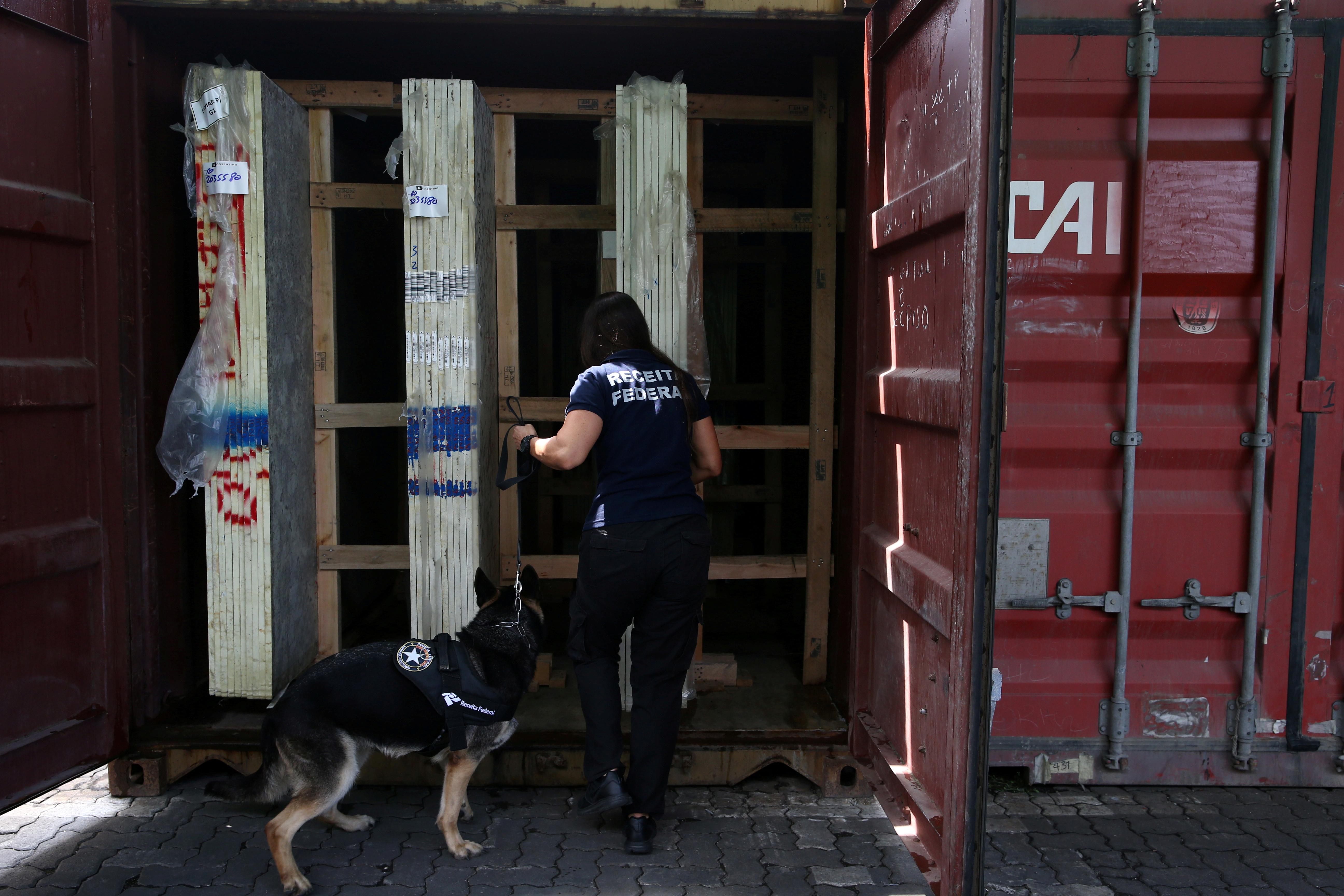 The illegal drugs industry has been disrupted by the virus, with international supply chains busted and millions of customers on lockdown.

But drug kingpins have risen to the challenge, packing huge loads of cocaine into the fewer container ships and commercial airplanes in circulation in a sign they were ready to take higher risks to deliver their wares.

“Based on seizures of bigger-than-usual shipments of cocaine, it would be fair to say that Europe was flooded with cocaine ahead of lockdowns,” Bob Van Den Berghe, senior law enforcement officer at the United Nations Office on Drugs and Crime (UNODC), told Reuters.

This trend has continued despite many European countries – including major user markets such as Britain and Spain – severely restricting their populations’ movements.

“The global pandemic, at this moment in time, has not had an effect on maritime drug trafficking. It’s business as usual,” said Michael O’Sullivan, head of the EU-funded Maritime Analysis and Operations Centre which coordinates interdictions at sea.

In the first three months of this year, UNODC confiscated 17.5 tonnes of cocaine bound for Europe in South American ports, mostly Brazilian. That represented a nearly 20% rise compared to the same period in 2019, Van Den Berghe said.

The larger catch was the result of fewer seizures of heavier loads. Nearly seven tonnes directed to the Dutch port of Rotterdam, the largest in Europe, were apprehended in four operations so far this year, according to U.N. data. In the same period last year just over four tonnes were intercepted in eight separate seizures.

This month, Belgian authorities seized nearly five tonnes of cocaine in a container from Latin America in the port of Antwerp, which last year was Europe’s main entry point for cocaine with more than 60 tonnes intercepted there.

That followed several seizures there of more than one tonne in March, said Kristian Vanderwaeren, head of customs for Belgium, which went into lockdown on March 17.

“We were used to consider a one-tonne seizure as an important operation,” he told Reuters, declining to give further details.

Amounts seized are usually only a fraction of total shipments and offer a proxy estimate of illegal trade.

Europol estimates the European market is worth at least nine billion euros ($9.8 billion) a year. France, Germany, Italy, the Netherlands, Spain and Britain account for just over 87% of its estimated four million cocaine users.

The traffickers are as ingenious as ever, taking advantage of the fact that Europe’s import of fruit, vegetables and other foodstuffs from South America is among the few sectors that have only been marginally affected by the epidemic.

At the port, the squid load was separated from the cocaine and transferred into an identical container before undergoing checks. But authorities foiled the criminal plan.

In mid-March, just before Belgium began its lockdown and most commercial flights were suspended, customs officials at the main airport of Zaventem seized 350 kg of cocaine hidden in suitcases in a plane from the Dominican Republic in the Caribbean – an amount 200 times bigger than usually detected in air shipments of narcotics.

“That is because the number of planes flying from South America to Europe was reduced substantially and each plane was a good opportunity to transport cocaine,” Vanderwaeren said, adding that this was not an isolated case.