ABIDJAN (Reuters) – U.S. customs authorities have asked cocoa traders to report where and when they encounter child labor in their supply chains in top grower Ivory Coast, three industry sources said, following calls from American lawmakers to ban some imports. 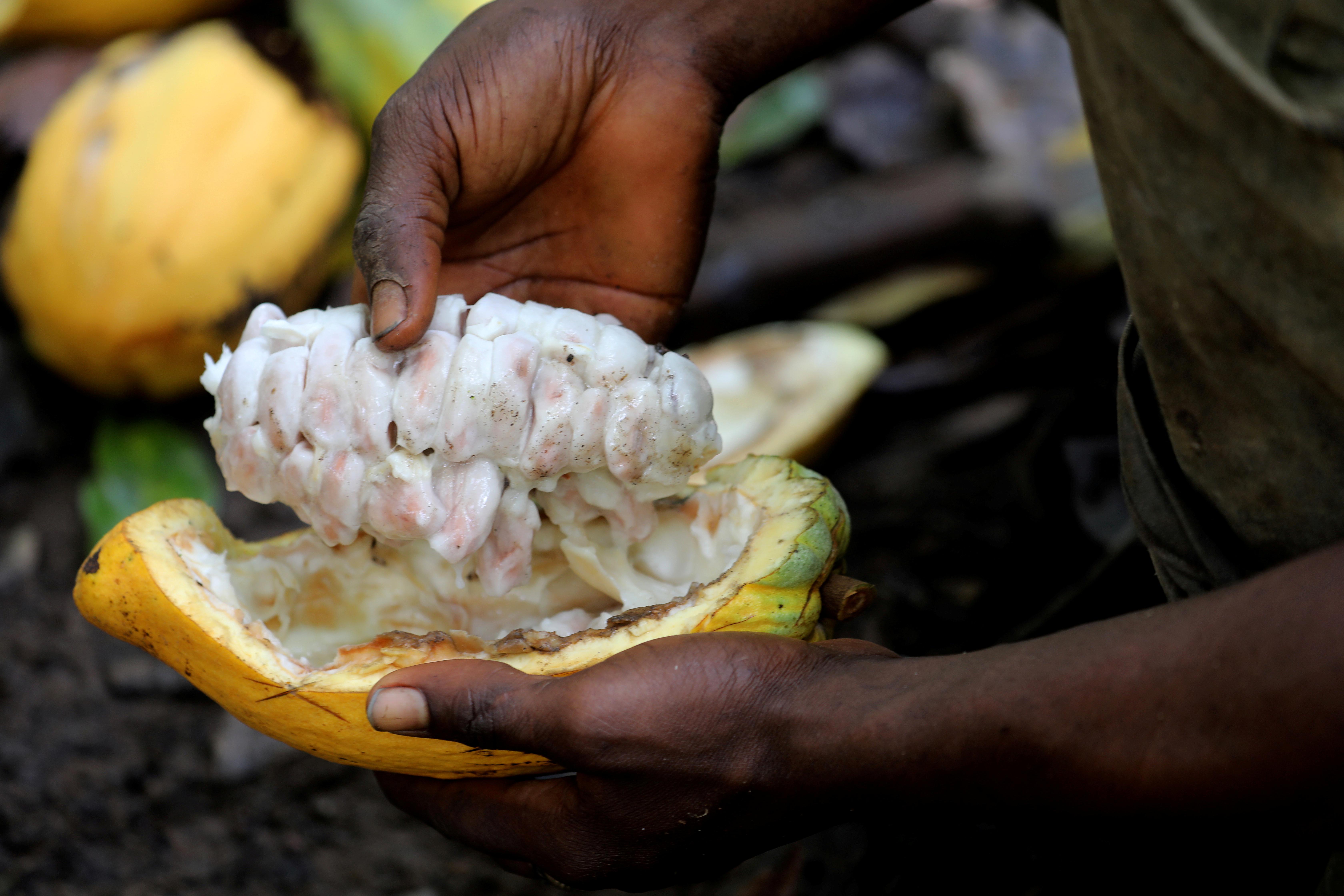 Cocoa traders and chocolate companies including Mars, Hershey, Cargill and Barry Callebaut, have repeatedly missed internationally agreed targets for reducing the worst forms of child labor from supply lines in West Africa, all sides have acknowledged.

Pressure in the United States is now increasing after two senators asked the U.S. Customs and Border Patrol (CBP) last July to use its authority to block the import of Ivorian cocoa produced with forced labor.

The CBP inquiry comes in the form of a 25-part questionnaire seen by Reuters and a request for various documents. It was sent this month to companies including Cargill, Barry Callebaut, Olam, Sucden and Ecom, according to the sources, who are from companies that received it.

The text of the questionnaire seen by Reuters did not specify a deadline for a response.

Reuters was unable to determine what CBP plans to do with the information it gathers, but the spokesperson said the agency has the authority to block imports when information indicates they have been made with forced or indentured labor.

Even a partial blockage could inflict steep costs on suppliers, increase the price of chocolate and have a crippling effect on Ivory Coast exports which rely heavily on U.S. buyers.

“We believe that any U.S. ban on cocoa imports from (Ivory Coast) will hurt, not help,” said Richard Scobey, the head of the World Cocoa Foundation (WCF), an industry group. “It could push millions of poor farmers deeper into poverty, even though the vast majority of them are innocent of such practices.”

Olam referred Reuters to the WCF. Barry Callebaut said it aimed to eradicate child labor from its supply chain by 2025. Cargill said it had participated in meetings with CBP and submitted information about its supply chains. Representatives from Sucden and Ecom declined to comment.

About 2.1 million children work in cocoa in Ivory Coast and Ghana, the world’s number two producer, according to a report published in 2018 by international civil society groups.

But Scobey, the WCF president, said the use of forced child labor was rare in Ivory Coast’s cocoa sector.

He pointed to a study published by Tulane University in 2018. It estimated only 2,000 of the 1.2 million children working in Ivory Coast’s cocoa sector can be considered forced child laborers because the vast majority work on family farms.

The International Labour Organization’s definition of child labor includes only children forced to work by someone outside their families.

The CBP questionnaire requests maps with GPS coordinates for all suppliers, corrective plans for when child labor is identified, a list of all suppliers of imports into the United States from 2017-19 and audits by certification schemes.

In one part, it asks: “How many cases of the worst forms of child labour and/or forced labour have you detected in your supply chain? When did you detect them? How many have been resolved? When do you expect to resolve the outstanding cases?”

CBP says it acts on information concerning specific companies and products and “does not generally target entire product lines or industries in problematic countries”.

The U.S. imported over $600 million of cocoa beans and paste from Ivory Coast last year, more than half of total U.S. imports and around 15% of annual Ivorian exports of those products.

The multinational companies that received the questionnaire export about 90% of Ivory Coast’s cocoa.

Last year, CBP blocked gold from artisanal mines in Democratic Republic of Congo and diamonds from the Marange Diamond Fields in Zimbabwe that it suspected of using forced labour.