Fear keeps refugees in Malaysia at home amid coronavirus lockdown

Refugees have no legal status, worry about cost of COVID-19 treatment and do not want to risk arrest. 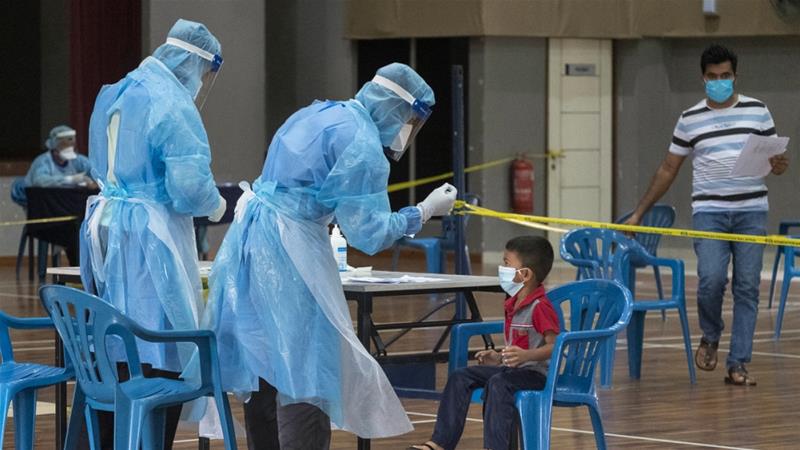 When Malaysia announced everyone should stay at home as part of a nationwide Movement Control Order (MCO) on March 18, Mai Mai, who is originally from Myanmar’s Kachin State, did what she was told.

Crammed into an apartment she shares with eight other refugees in Kuala Lumpur, with no legal status and suddenly out of a job, 23-year-old Mai Mai is one of more than 200,000 refugees and asylum seekers in Malaysia who fear not only the virus, but its effect on their lives.

Nearly 180,000 refugees and asylum seekers are registered with the UN High Commissioner for Refugees (UNHCR) in Malaysia, most of them from Myanmar. Refugee community groups estimate that more than 80,000 have no documentation as they await registration with the UNHCR.

Malaysia currently has the highest reported number of COVID-19 cases in Southeast Asia, and the epidemic has exposed not only the difficulties faced by refugees and asylum seekers in getting medical treatment but also the risk that creates for public health as a whole.

“Refugees too often face needless obstacles in accessing health care,” Dr Susheela Balasundaram, UNHCR associate public health officer, told Al Jazeera. “COVID-19 clearly demonstrates that we are all connected. Barriers to healthcare and discrimination create an environment where the ill are not treated, cases go undetected and the virus spreads.”

Malaysia is not a party to the UN Refugee Convention and lacks a legal framework for refugees, who are considered “illegal immigrants” and a policy known as Circular 10/2001 requires healthcare providers to report such people to the police. 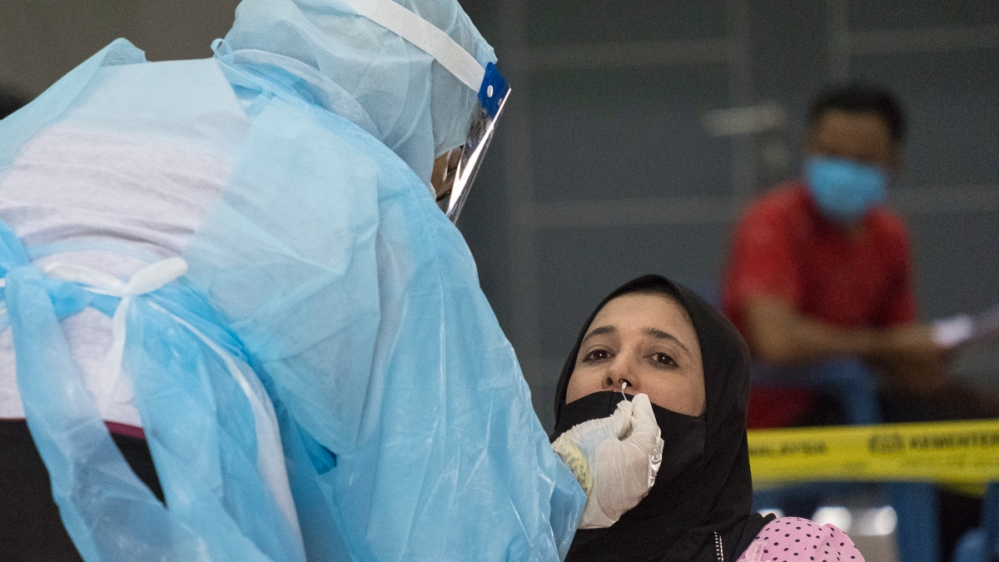 Although the law is not always applied, in the past refugees and asylum-seekers – particularly those without papers – have been arrested after going for treatment or giving birth.

Healthcare costs can also be prohibitive. Non-citizens must pay a foreigner rate – often 100 times higher than local rates – in government health facilities, according to the Hospital Kuala Lumpur website. While those with UNHCR status receive a 50 percent discount, the undocumented must pay the full amount.

“The current COVID-19 crisis simply accentuated the harmful public health effects of such policies,” Beatrice Lau, Head of Mission for Doctors Without Borders (Medecins Sans Frontieres, or MSF) in Malaysia told Al Jazeera. “Policies of social exclusion and limited access to healthcare can impact society as a whole, [and] add to the challenge Malaysia now faces in achieving better contact tracing for COVID-19.”

These issues reached a critical point in the last week of February when several hundred Rohingya refugees were among an estimated 16,000 who attended an event at a mosque on the outskirts of Kuala Lumpur to which more than 1,200 COVID-19 cases have been traced.

Amid heightened concern that not all attendees had come forward, Defence Minister Ismail Sabri said last week that the government would not arrest anyone based on their immigration status who sought medical services in relation to COVID-19, while the Ministry of Health announced that COVID-19 treatment would be free for foreigners showing symptoms.

“Inclusive and non-discriminatory policies will only strengthen the response as it is in everyone’s interest that all people, especially the most vulnerable – including refugees, asylum-seekers and the stateless – have access to health services,” said the UNHCR’s Dr Balasundaram, who called the government’s announcement of amnesty “an important step to build trust and confidence helping all who need medical attention to come forward.”

MSF’s Lau, who also commended the steps, expressed concern, however, that Malaysia’s past treatment of refugees may make them reluctant to come forward for testing. 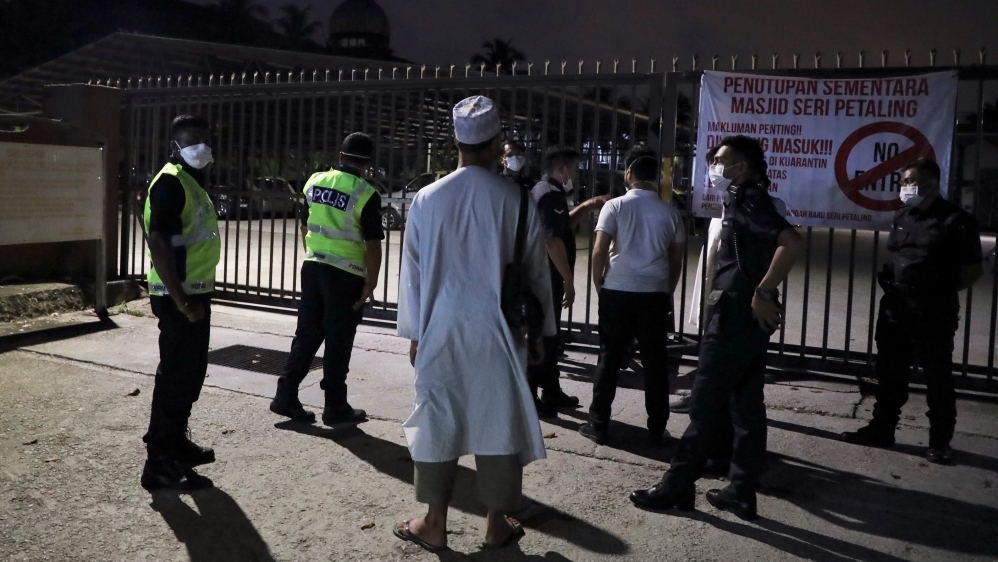 She said that MSF had received calls from refugees who, despite the government’s assurances, remained hesitant.

“A persistent fear of arrest and the inability to afford healthcare have led [some refugees] to delay seeking healthcare or abscond treatment,” Lau explained. “This can lead to serious and permanent health repercussions.”

UNHCR is working with refugee community organisations including the Coalition for Burma Ethnics – Malaysia, and the Rohingya Society – Malaysia, as well as the Ministry of Health district health officers and non-profit partners across the country, to translate and disseminate vital information through multimedia channels.

UNHCR has also established a hotline in eight languages and an online portal and is offering interpretation services for refugees using public hospitals.

Of the roughly 90 calls each day to its hotline, more than 70 percent are requests for financial assistance or help with food, according to the UN body.

Refugees lack the legal right to work in Malaysia, leaving most to find an income in the informal sector, with only limited employment protections at most.

Mung Lawt Awng, from Myanmar’s Kachin State, became the sole income-earner for his wife, child, brother and sister when the Movement Control Order went into effect two weeks ago. The MCO has now been extended until April 14 and he is in an increasingly difficult position. 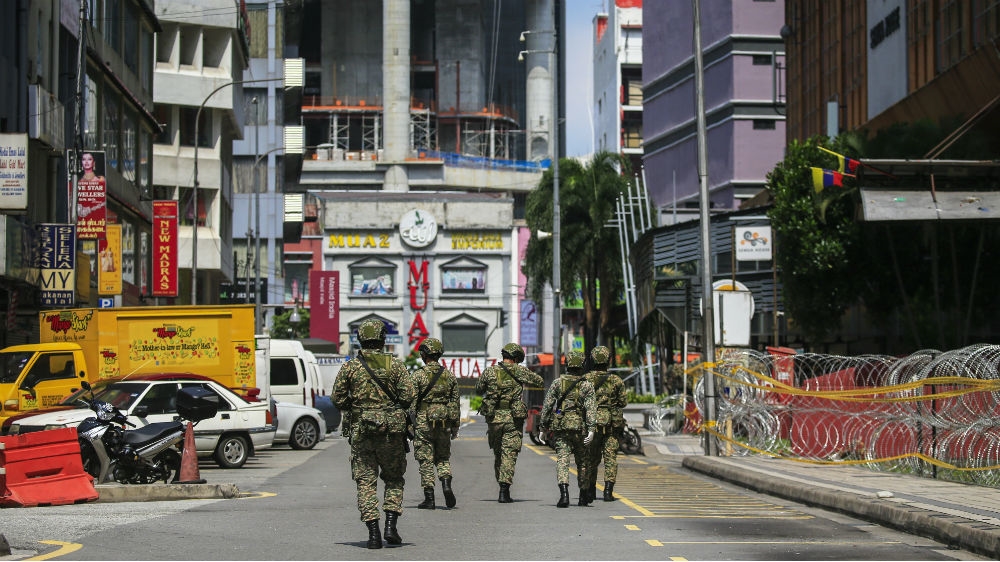 At the time the MCO was imposed, Mung Lawt Awng’s employer at the restaurant where he works withheld his March wages and gave him a choice – leave work and forfeit the money or continue to work on a schedule that goes beyond legally-permitted hours.

“[My boss] knows we [workers] are in a tight corner and have to work to survive,” he said. “Our financial situation is our biggest weakness …That’s why he wants to exploit us. We can’t ask for anything, just follow his demands.”

Mai Mai, however, decided not to take any risks.

Although she has been in Malaysia for six years, she is still waiting for her registration interview with UNHCR and, because she lacks documentation has been arrested three times.  Last year, she says she paid 8,000 Malaysian ringgit ($1,850) to be released.

Fearing that if she got the virus, she could get arrested at the hospital and knowing she could not afford the cost of treatment, she stopped working in mid-March, and has not left her apartment since.

Mai Mai said she is aware of the government’s recent announcement but does not trust it.

“I am afraid to even go out to get groceries. If I contract the virus and need to go to the hospital, I worry I could get arrested or detained,” she told Al Jazeera. “We are facing the greatest hardship of our lives.” 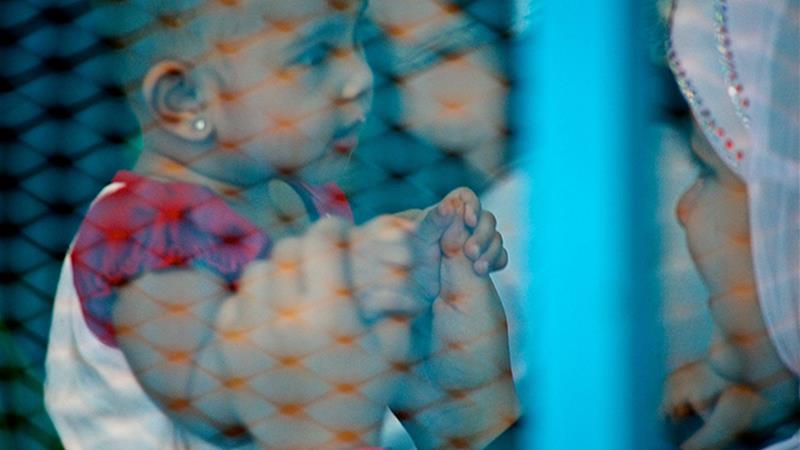