The claim was made by a White House official speaking to CNN reporter Jim Acosta. On Friday the president was flown to Walter Reed Army Medical Center in Marine Force One, his helicopter, after testing positive for COVID-19 the day before.

In a video message, filmed before he was collected from the White House lawn, Mr Trump said he was “doing very well”.

However according to Mr Acosta White House staff have “serious concerns” about the President’s condition.

One official said “this is serious” claiming Mr Trump is very tired, suffering from fatigue and having some breathing difficulties.

Another said the president is “fatigued” and treating the situation “very seriously”. 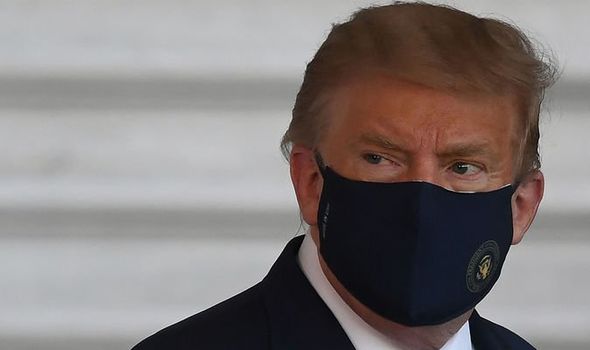 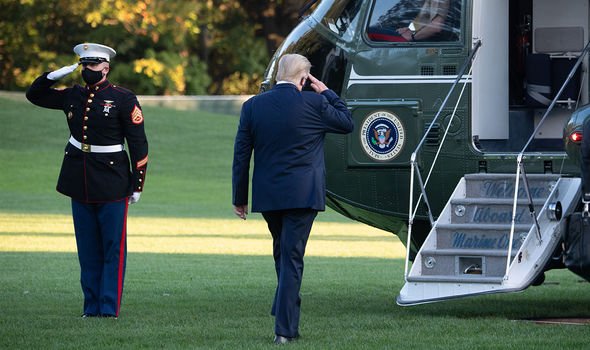 In a statement the White House said Mr Trump “remains in good spirits, has mild symptoms, and has been working throughout the day”.

The statement continued: “Out of an abundance of caution, and at the recommendation of his physician and medical experts, the President will be working from the presidential offices at Walter Reed for the next few days.

“President Trump appreciates the outpouring of support for both he and the First Lady.”

The White House insisted Mr Trump remains in full control and denied any transfer of power is planned. 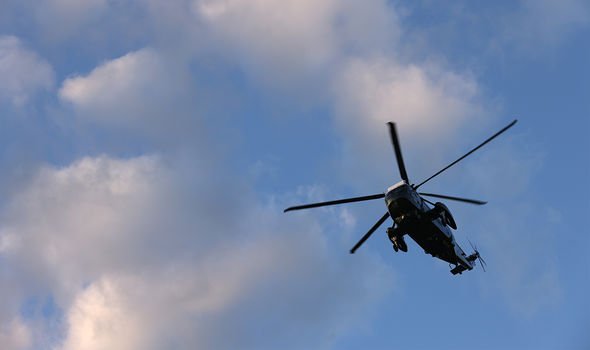 The first lady is currently only believed to be experiencing mild symptoms.

Prior to leaving the White House in Marine Force One President Trump recorded a video message that has now been posted on social media.

In it Mr Trump said: “want to thank everybody for the tremendous support. 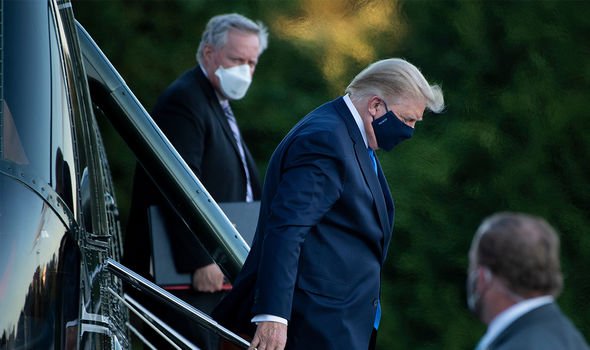 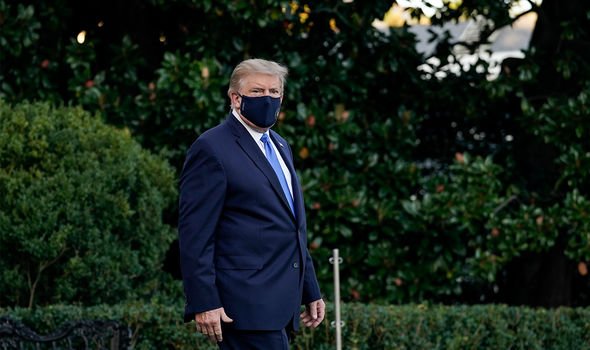 He later admitted his life had been in danger and it “could have gone either way”.

After the news of the president’s diagnosis emerged Mr Biden took to Twitter to send his best regards.

He posted: “Jill and I send our thoughts to President Trump and First Lady Melania Trump for a swift recovery.

“We will continue to pray for the health and safety of the president and his family.”

As Mir Biden shared a debate stage with the President on Tuesday he has also been tested but came back negative. 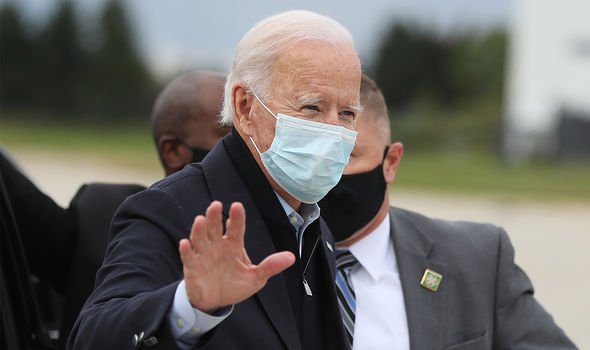 He said: “Michelle and I hope that the President, First Lady, and all those affected by the coronavirus around the country are getting the care they need and are on the path to a speedy recovery.

“Obviously, we’re in the midst of a big political battle right now, and while there’s a lot at stake, let’s remember that we’re all Americans.

“We’re all human beings. And we want everyone to be healthy, no matter our party.”