Fire at building site of palace in Berlin 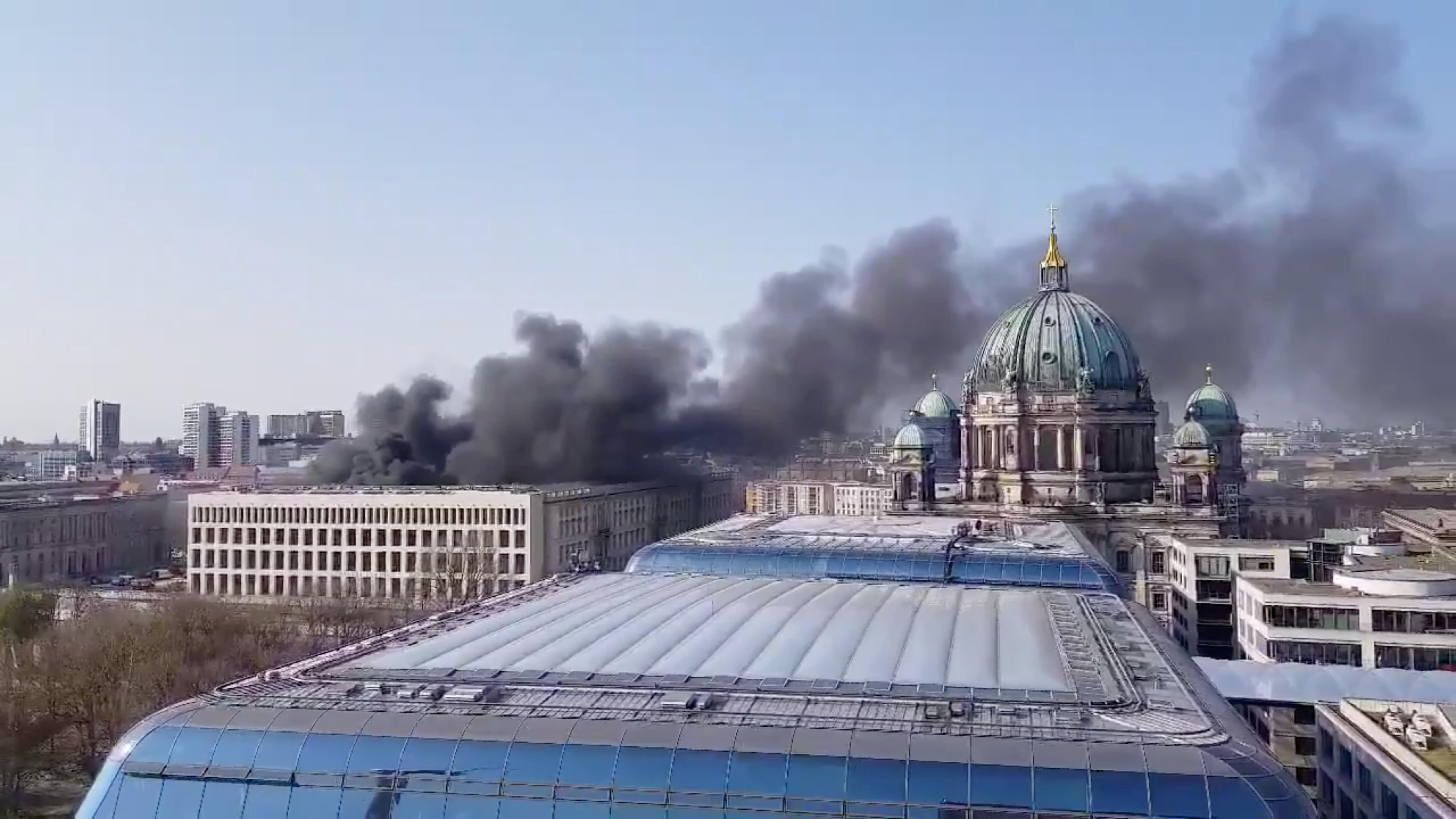 BERLIN (Reuters) – A fire broke out on Wednesday at the royal palace that is being rebuilt at great expense in central Berlin, the fire service said.

The Berlin fire service said in a Tweet that smoke was coming from building materials and two bitumen boilers, adding that one person was injured and about 80 emergency services staff were on the scene.

A photograph posted by the fire service on Twitter showed black smoke rising in front of the entrance to the new palace from a construction area cordoned off from the main road.

Berlin police said on Twitter there was no indication that the fire was started deliberately but said investigators would look into the cause after the fire is extinguished.

Construction on the palace started in 2012. The building, which will house a museum and cultural centre, is due to open later this year.

The costs for the building have risen to 644 million euros ($699 million)from an initially planned 552 million, with federal state funds meeting most of the bill.

Prussia’s Hohenzollern dynasty used the 18th century baroque palace as its winter residence until the end of World War One when Germany’s last emperor, Wilhelm II, was forced to abdicate.

It served as a museum under the Weimar Republic but was largely neglected by the Nazis.

Badly damaged in World War Two, the East German communists later demolished it to make way for a grand square and a new parliament building, the Palace of the Republic. That building was razed in 2008 after much heated debate.