Blaze follows protests over death of asylum seeker who was cleared of the coronavirus but returned to the camp. 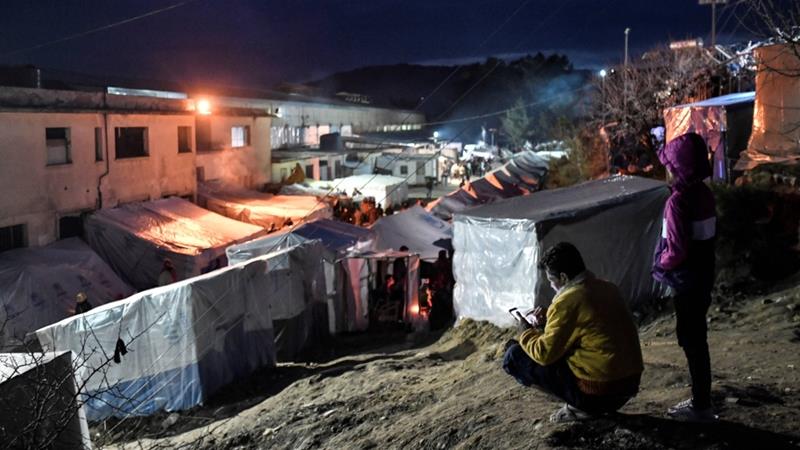 A fire has torn through one of Greece’s largest refugee camps on Chios island, causing widespread damage and rendering up to hundreds of people homeless.

The blaze started following a protest over the death of a 47-year-old Iraqi asylum seeker who was cleared of having the coronavirus. But many residents at the overcrowded camp still believed she died of COVID-19, the disease caused by the virus.

“A large part of the camp’s administrative services was destroyed,” said Logothetis, adding that no injuries were reported.

The UN refugee agency’s spokesperson in Athens, Boris Cheshirkov, said the damage was still being evaluated but that many camp residents have likely been left homeless.

“Authorities are still assessing the damage but a few hundred people are likely affected because their shelters have burned down. We have donated tents to the authorities which can quickly be put into use and we will assist in replacing the warehouse tents,” he told the AFP.

At least three vehicles outside the camp were also gutted.

A police source in Athens said two Afghans and an Iraqi had been arrested in relation to the unrest following the woman’s death.

Reporting from Athens, Al Jazeera’s John Psaropoulos said the woman had been taken with a fever to a hospital earlier this week. She had been tested for coronavirus but the result was negative.

“This woman did not die of coronavirus, but perhaps the hospital should have done a more thorough examination of her, because she was sent back to the camp and she died there of other causes that are still being investigated,” he said.

“It appears that the fear that what she did die of may have been coronavirus is what triggered the rampage, the riots overnight,” he said.

Authorities had brought the fire under control by early Sunday morning.

Camps in Greece have been under quarantine in recent weeks, with authorities trying to keep residents apart from locals.

The virus has so far killed 110 people in Greece. Another 67 are in intensive care.

While there have been coronavirus cases in two camps on the mainland, no cases have been reported in island camps so far.

Psaropoulos noted that about 35,000 people live in the island camps, which are meant to house about 6,000. A total of about 100,000 asylum seekers are currently stranded in Greece after other European states closed their borders in 2016. 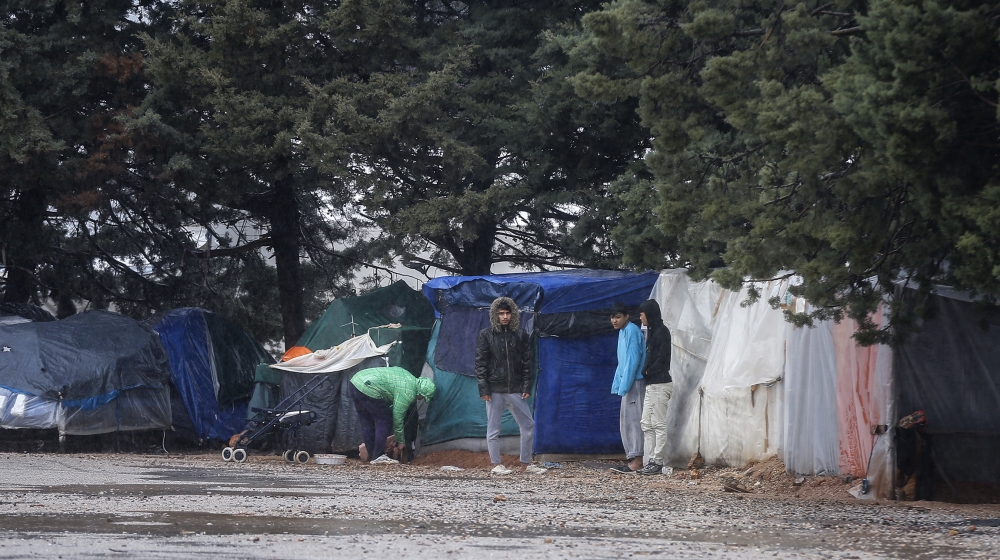 As with all of Greece’s island camps, Vial is severely overcrowded with more than 5,000 people living in a space intended for around 1,000.

“[Authorities] do not want any cases getting out of control in the early stages, so they try immediately to jump on any signs of the coronavirus and also to trace the contacts that any coronavirus-positive patient has had,” Psaropoulos said.

Greece’s migration ministry has said it will begin moving hundreds of elderly and ailing asylum seekers out of the island camps to protect them from the coronavirus in coming days. A scheme to gradually relocate 1,600 unaccompanied minors from war-torn countries to other European nations also began this week.