KIEV (Reuters) – A huge fire that tore through forests around the defunct Chernobyl nuclear plant has been put out, Ukrainian officials said on Tuesday, after hundreds of emergency workers used planes and helicopters to douse the flames. 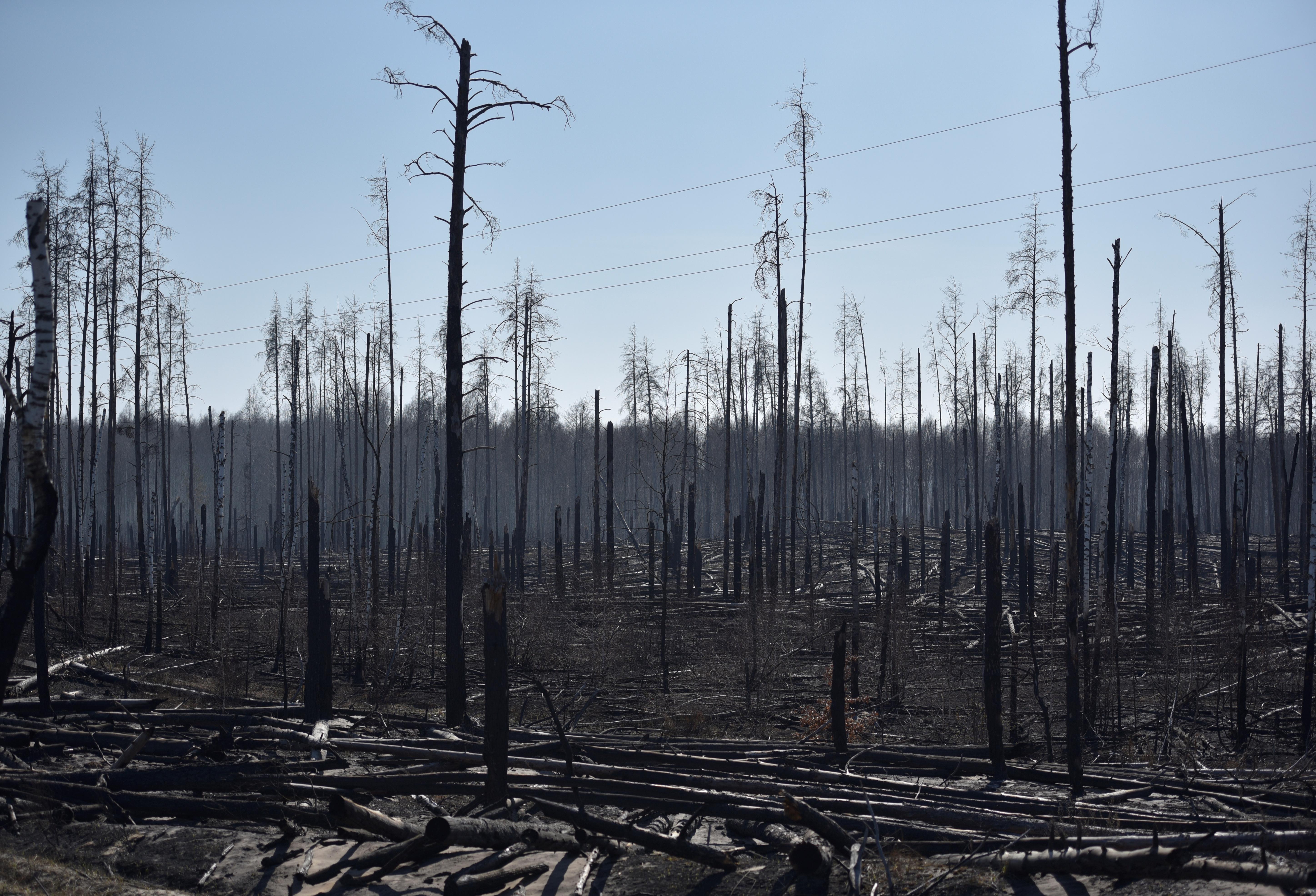 Environmental activists said on Monday that the fire, near the site of the world’s worst nuclear disaster in 1986 and believed to have been started deliberately, posed a radiation risk.

Officials said they registered short-term rises in Caesium-137 particles in the Kiev area to the south of the plant, but radiation levels were within normal limits overall and did not require additional protection measures. They did not say why the particle levels rose.

Assisted by rain, emergency services prevented the fire from spreading to either the plant or military facilities in the area, though they will need a few more days to fully extinguish it, President Volodymyr Zelenskiy’s office said in a statement.

Separately, the state agency responsible for managing the area around the plant said new fires had broken out to the west and south of the site. Their extent was not immediately clear.

The main fire, one of several that followed unusually dry weather, broke out on April 3.

Police have accused a 27-year old local of deliberately starting it, and Zelenskiy’s office said officers had detained suspected arsonists near two points where the fire broke out.

Parliament voted on Monday to increase fines for arson.

The Chernobyl disaster in then-Soviet Ukraine occurred on April 26, 1986. It was caused by a botched safety test in reactor and sent clouds of nuclear material across much of Europe.

The plant and the abandoned nearby town of Pripyat have become a draw for tourists, especially since a critically acclaimed U.S. television miniseries about the accident was aired last year.

The site is currently shut as part of a nationwide lockdown to contain the coronavirus pandemic.