Tong Ying-kit, 23, reportedly rammed officers with his motorbike at an illegal protest. He has been charged with inciting separatism and terrorism. Almost 400 people were arrested in the first 24 hours of a crackdown on pro-democracy campaigners, the UN revealed yesterday.

The charge against Ying-kit came just hours after the city’s government outlawed the protest slogan. It appears on placards at most rallies, is printed on T-shirts and has been scrawled on walls across the Chinese-ruled city.

The UN said: “We are alarmed that arrests are already being made with immediate effect, when there is not full information and understanding of the scope of the offences.” 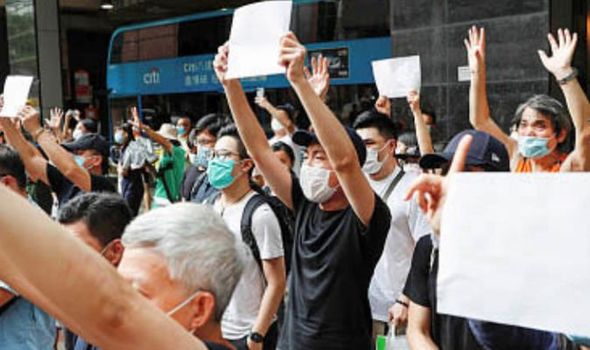 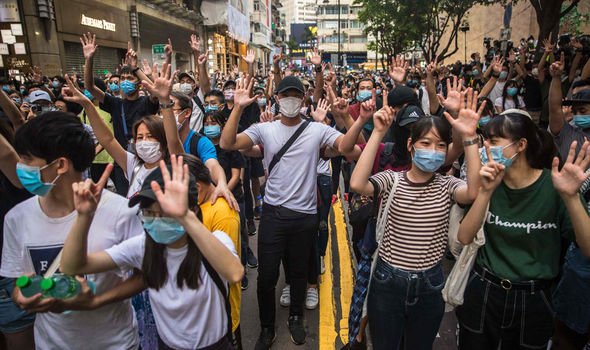 Nathan Law, leader of the 2014 Umbrella Movement, urged world leaders to intervene and campaigners also called on people to form a shadow parliament in exile.

Simon Cheng, a Hong Kong citizen, worked for the British consulate but fled after beatings by the secret police and was granted asylum in Britain.

He said the move would send a message that democracy cannot be crushed: “A shadow parliament can send a very clear signal to Beijing and the Hong Kong authorities that democracy need not be at the mercy of Beijing.

“We need to be clever to deal with the expanding totalitarianism: they are showing more powerful muscle to suppress, so we need to be more subtle and agile.”

He added: “We should stand with the Hong Kong people.”